Named after the British navigator and sailor James Weddell, these extensively studied seals live farther south than any other mammal

Appearance: Brown or dark silver with lighter-coloured dappling on the belly.

How do Weddell Seals feed?

Weddell Seals can stay submerged for up to 80 minutes at a time. These prolonged dives are for both foraging and for finding new breathing holes in the ice above. They can dive over 600 metres down.

Part of their ability to dive for such long periods is due to their having more red blood cells and more blood volume than other comparable mammals, which allows them to carry more oxygen with them at any one time.

The Seals have excellent underwater vision, and it is thought that they swim below fish and look up, letting the light coming through the ice silhouette the fish.

During the dark winters they are able to find prey through the use of their vibrissae (whiskers) which are extremely sensitive to movement.

Weddell Seals tend to congregate together around breathing holes made in the ice. They’ll stay together in the water during the Antarctic winters with just their noses poking out in order to avoid the harsh winter winds.

How fast do Weddell Seals swim?

The Weddell Seals’ swim speed is around 10km per hour.

Weddell Seal females can mature sexually at around 3 years of age, but both females and males usually wait until they’re about 7.

Birthing season occurs from early September through November, depending on which latitude any particular Seal is located.

Mating season is very noisy – the Seals make noises loud enough to be heard through the ice. Actual mating occurs underwater, with the males often biting the female around the neck area.

The actual birth is very fast, usually taking less than 5 minutes. Weddell Seals are one of the few of the species that can give birth to twins.

Pups are around 1.25 metres at birth and weigh about 25kg. Like all mammals, the pups grow fat on their mother’s milk, gaining around 2kg in weight every day. By their 7th week the pups can weigh around 100kg.

During this time the mother doesn’t feed, so as the baby grows plumper the female grows thin, sometimes to the point of her ribs showing.

Pups begin to swim when they are between 1 and 2 weeks old. They can dive for 5 minutes and can dive down to 100 metres. Weaning occurs when the pups are about 6 weeks old at which point they begin to hunt on their own.

How long do Weddell Seals live?

How many Weddell Seals are there today?

Do Weddell Seals have any natural predators?

Weddell Seals are preyed upon by Killer Whales and Leopard Seals, the latter usually attacking the young.

We have a total of
29 cruises 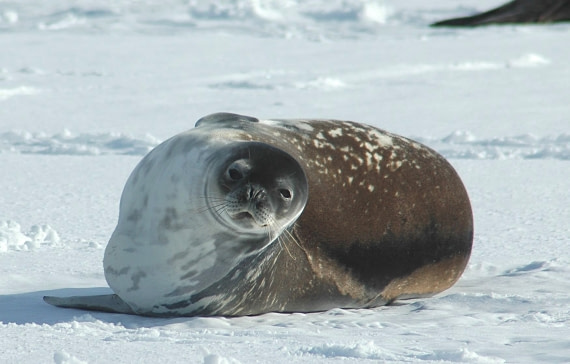 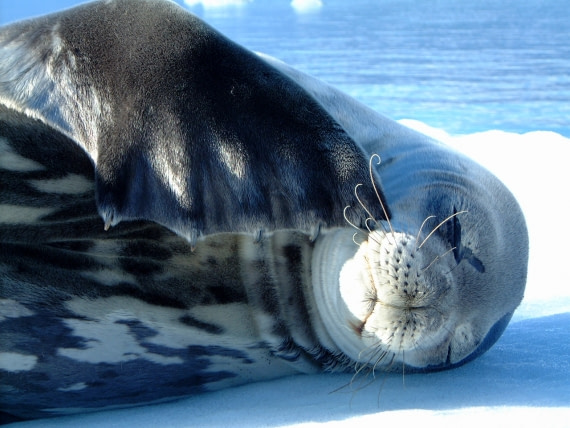 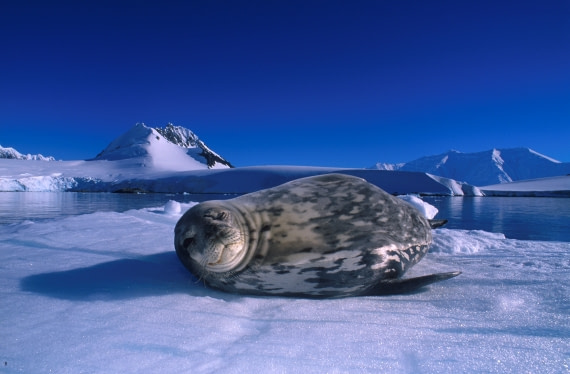