Technically a kind of dolphin, orcas were once thought to appear as whales in the summer and wolves in the winter

Conservation status: Overall the Killer Whale conservation status is listed as “Data Deficient” because Killer Whales are actually of two or more distinct species. However some of these specific groups, like the “southern resident” group off the western coast of North America are on the United States’ Endangered Species List.

Diet: Depends on the sub-grouping of the whale. The range of diets include fish, sharks, rays, seals, walruses, sea lions, otters, penguins, other sea birds, turtles, cuttlefish, octopi, squid, other types of whale.

Appearance: Black with white highlight spots around the eyes and a white belly. The apex predator of the seas, the Orca, or Killer Whale, is a member of the dolphin family. One of the world’s most powerful hunters, Orcas use surprisingly sophisticated techniques while on the hunt. Spread throughout the oceans of the world, Orcas are most commonly found in colder waters surrounding the North and South Pole. They are considered the most widely spread mammals after human beings.

How do Killer Whales hunt?

On a worldwide scale, Orcas have a diverse diet. However, focusing on one group of Killer Whales at a time shows their diets and hunting patterns to be more specialized.

Orcas have teeth and hunt in packs, much like wolves. Some pods have displayed sophisticated hunting techniques. For example, pods in polar climates will have members charge a drifting piece of ice, diving under it at the last moment, causing the ice to tip and drop the prey into the water, where other members of the pod are waiting. In other areas, Killer Whales have shown distinct herding behaviours, working together to force prey (for example, sharks, other whales, smaller fish) to the surface where they can be beaten with the Orcas’ immense tail flukes, or in the case of attacks on larger creatures like Blue Whales, repeatedly bitten, giving chase for hours.

Orcas are also know to beach themselves in an effort to either grab a target like a seal resting on land or ice, or to scare prey into the water where other Orcas are waiting. The Orcas around Norway and Greenland specialize in herring, following the schools of fish in their annual migrations. Larger adult males have been known to eat up to 100kgs (the equivalent of a large-ish adult human male) of food a day.

Killer Whales are very social mammals, living in pods. The pod’s social structures can reach sophistications seen to such a degree only in higher primates like elephants and humans.

The pods of resident Orcas (Orcas that stay within a certain area, as opposed to transient pods) are made up of smaller, tighter groups called matrilines. Made up of about 5 whales on average, a matriline is a family based around the female line. Because females can live for up to about 90 years, matrilines can consist of four generations of a family of Orcas.

In turn, a number of pods make up a clan. Clans generally will have some kind of matriarchal ancestor in common, but have become distinct enough that they have “accents” in their calls. Finally there are “communities,” a loose association of clans. These communities are diverse enough that they might not share the same dialects.

Because of the diversity of “languages” in their calls, Orcas are able to pick out members of their own pods from strangers or less familiar whales. The number of whales within a pod can vary to a wide degree. Resident pods can have anywhere from 5 to 50 members (going on to form communities of 100 members), and transient pods usually have 7 members or less, sometimes containing only one adult male.

The whales may fight each other for dominance within a pod by raking each other with their teeth, head-butting, or biting.

How fast do Killer Whales move?

Killer Whales in cruise mode will generally swim along at a speed of about 10-15km per hour. At top speeds they can reach bursts of up to 45km an hour.

Female Orcas become sexually mature around age 15, and can breed until they’re about 40. Like humans, female Orcas go through menopause, continuing to live decades after they can no longer breed. Males will leave their own pods when mating in order to avoid inbreeding. Once a female is pregnant, gestation takes about 15 to 18 months. Mothers give birth (usually to a single calf) once every five years or so. The calf is about 2.4 metres long and weighs somewhere around 180 kg (396 lbs). Rearing of the young is taken up by all members of the pod. Weaning begins when the calf is about a year old, and takes a year to complete.

How long do Orcas live?

How many Killer Whales are there today?

Estimates put the minimum number of Killer Whales in the wild today at 50,000.

The United States’ National Marine Fisheries Service (a division of the National Oceanic and Atmospheric Administration) breaks that number down to approximately:

Do Orcas have any predators?

Orcas are apex predators, they have no natural predators above them in the food chain.

There have been some very rare injuries and scares, but there are no known human deaths attributed to Killer Whales in the wild. In fact, Killer Whales have generally shown themselves to be curious and playful when it comes to humans (who aren’t hunting them), putting on displays, or making games of stealing fishermen’s catches. More famously, the captive male Orca at Seaworld Tilikum (made famous by the 2013 documentary “Blackfish”) killed three of its trainers.

6 photos of Killer Whale
in the gallery »

PLA32A23 This Polar Circle and Antarctic Peninsula cruise will take you further south of Antarctica, crossing the Polar Circe. This expedition cruise passes through waters travelled by Humpback, Minke and Fin whales. Anchoring in various spots around the region,...

We have a total of
32 cruises 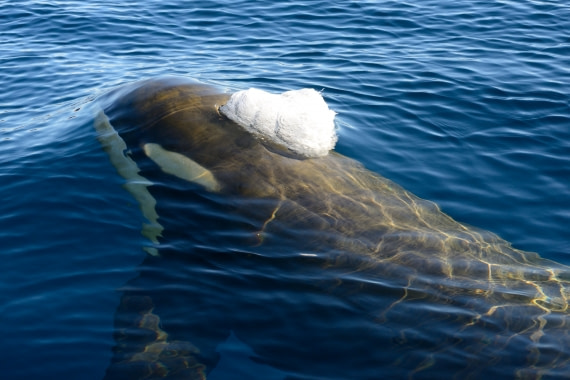 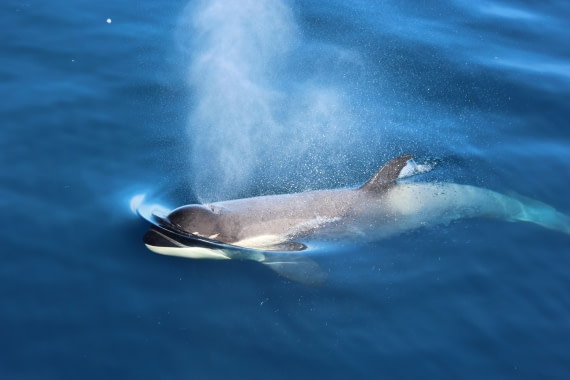 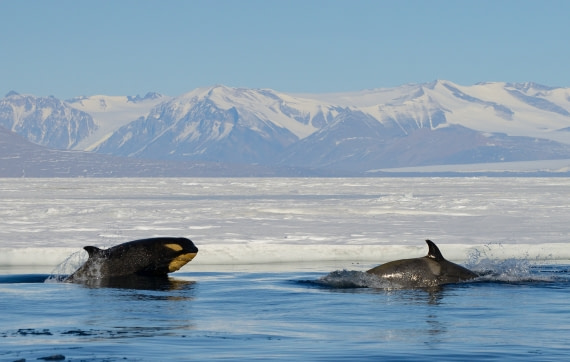