These gallant-fighting, deep-diving namesakes of the French-claimed Antarctic Adélie Land are among the four penguin species on mainland Antarctica

How do Adelie penguins hunt?

Adelie penguins usually stick to shallower coastal waters when hunting, but have been known to dive as deep as 175 metres (575 feet). A dive usually last about 3 minutes.

During the mating season the Adelie penguins come in from the ice floes in the sea onto solid land, forming colonies that can be thousands of members strong. The Adelie have been referred to as having a somewhat selfish nature. A British Royal Navy Surgeon-Lieutenant and Scientist, George Murray Levick, wrote in 1910:

"At the place where they most often went in [the water], a long terrace of ice about six feet in height ran for some hundreds of yards along the edge of the water, and here, just as on the sea-ice, crowds would stand near the brink. When they had succeeded in pushing one of their number over, all would crane their necks over the edge, and when they saw the pioneer safe in the water, the rest followed."

They also seem to have an overwhelming sense of curiosity that overcomes their sense of self-preservation.

The mating season begins with the Antarctic spring in October. The penguins create nests by piling little stones in circles. Once the egg is laid in December the parents take turns incubating the egg and going to hunt. The parent that stays behind does not eat during their turn with the egg. Once the hatched chick is about 3 weeks old both parents will abandon it, returning to the sea to hunt. The downy chicks gather into a group called a crèche to keep each other warm.

They will start to hunt at about 9 weeks old once their down has been replaced with waterproof feathers. Young penguins that have not learned to read social cues will sometimes attempt to mate with the wrong partners for creating offspring – other males, with chicks that are too young, or with dead females. The first recordings of this behaviour by Dr. Levick (quoted above) were considered too racy for public consumption and were not published. Adelie Penguins will migrate an average of 13,000 km (8,077 miles) in a year, moving from hunting grounds to breeding grounds and back again.

How long do Adelie penguins live?

How many Adelie penguins are there today?

Do Adelie penguins have any predators?

In the wild, Adélie penguins are preyed upon by large seabirds like skuas and giant petrels (which go after their eggs and chicks), leopard seals, and orca whales.

Apsley Cherry-Garrard (quoted above) thought rather highly of Adelie penguins:

"Whatever [an Adélie] penguin does has individuality, and he lays bare his whole life for all to see. He cannot fly away. And because he is quaint in all that he does, but still more because he is fighting against bigger odds than any other bird, and fighting always with the most gallant pluck."

12 photos of Adelie Penguin
in the gallery » 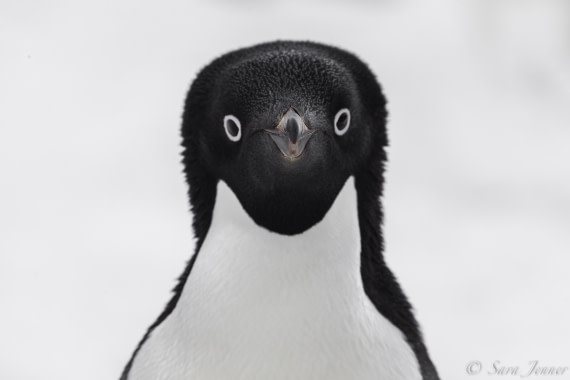 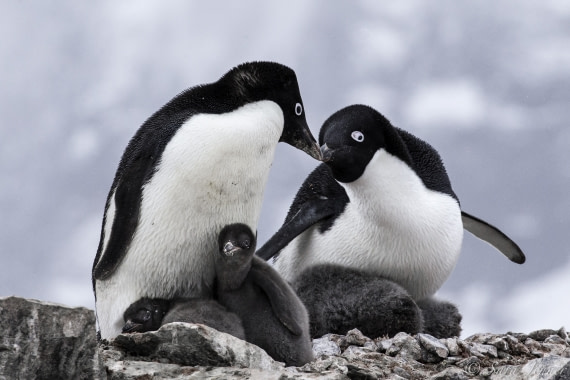 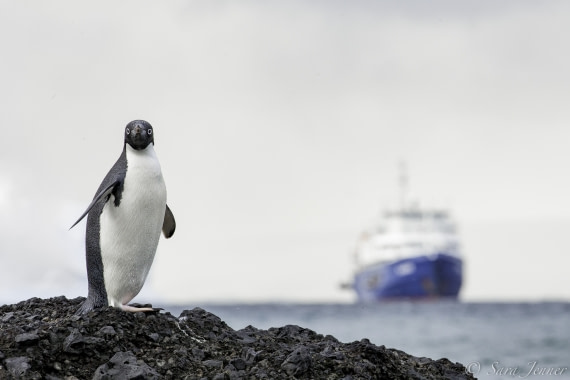