The good-natured grin of these dolphin relatives is matched only by their high-frequency sounds, from which they derive the nickname "sea canaries"

How do Beluga Whales hunt?

The diet of a particular Beluga depends on where in the world it lives and the season. All Belugas eat fish, but some will also eat small invertebrates like shrimp, snails, crabs, or octopi. Beluga Whales generally hunt in one of two ways. The first is to scrounge along a seabed, going as deep as 40 metres, although they can go as deep as 700 metres if required. Belugas have teeth, but they’re not particularly long or sharp, and they aren’t really used when scrounging along the ocean floor. Instead, the whales will suck their food in, making sure its small enough not to get stuck in their throats. When hunting fish, they Belugas will group together and herd a school of their prey into shallow waters, making it hard for them to escape.

How social are Beluga Whales?

Belugas are very social, forming pods of anywhere from 2 to 25 members (the average is 10), led by a dominant male. They are known to jump ship, switching easily to new pods. During the summer, pods join together, the thousands of Belugas forming massive groups in estuaries for calving season. Belugas are quite playful, chasing each other around for fun, spitting water at each other (and humans), rubbing up against each other, calling to each other, making toys out of objects they find in the water, and swimming up next to boats to check out the people riding inside.

How fast can Beluga Whales swim? How long can they stay underwater?

Belugas are fairly slow swimmers, usually travelling at speeds somewhere between 3 and 9km per hour. They can go up to about 20 km an hour, sustaining that speed for about 15 minutes. The deepest recorded Beluga dive was 872 metres. Most dives usually last up to 5 minutes, but Belugas can in fact stay underwater up until just shy of 20 minutes. Like other whales, Belugas reduce their heart beats from the usual 100 per minute down to somewhere between 10 and 20 in order to conserve oxygen. While in a dive, blood is diverted away from other organs to keep oxygen going to the lungs, brain, and heart, which require a constant supply.

Male Belugas become sexually mature somewhere between 4 and 7 years old; females can sometimes take a little longer, up to 9 years. Generally female Belugas stop giving birth when they’re about 25 years old. On average the females give birth to a single calf every 3 years. Most of the mating occurs between February and May, although some mating has been observed at other times of the year. The pregnancy lasts between 12 and 15 months. At birth, calves are grey, weigh about 80 kg (roughly the equivalent of an average grown man), and are approximately 1.5 metres long. The calves are able to swim as soon as they’re born. Calving seasons depends somewhat on the pod’s location. Pods in the Arctic generally have their season anywhere between March and September.

How long do Beluga Whales live?

The average lifespan of a Beluga in the wild is thought to be between 35 to 50 years. However more recent studies are now suggesting that Belugas may live up to 70 years.

How many Beluga Whales are there today?

The International Union for Conservation of Nature estimates that there are over 150,000 Belugas worldwide.

Do Belugas have any predators?

Polar bears can become a threat during the winter when open stretches of water close up with ice. A Beluga can become trapped too far from open water, and pulled out onto the ice by a bear. Killer whales are also a threat, killing both calves and fully grown Belugas.

RVR20-23 At the end of a long Arctic winter, spring is starting to awaken. The climate, however, still clings to the cold: snow-covered mountains, snow-swept shores, temperatures around –4° C (25°F). It’s a good time to experience the last of winter scenery,...

PLA02-23 Start your North Spitsbergen cruise with a trek around historic Longyearbyen, then join our expedition to the north of the island to take in the fantastically beautiful landscapes, the thousands of seabirds, and of course the star of the show, the polar...

PLA03-23 Start your North Spitsbergen cruise with a trek around historic Longyearbyen, then join our expedition to the north of the island to take in the fantastically beautiful landscapes, the thousands of seabirds, and of course the star of the show, the polar...

RVR23-23 The North Spitsbergen cruise sails to some of the remotest locations of northern Europe. The expedition gives you the opportunity to spot historic whaling remains, glaciers, a variety of Arctic birds including the Little Auk, and polar bears.

HDS04-23 Start your North Spitsbergen cruise with a trek around historic Longyearbyen, then join our expedition to the north of the island to take in the fantastically beautiful landscapes, the thousands of seabirds, and of course the star of the show, the polar...

We have a total of
62 cruises 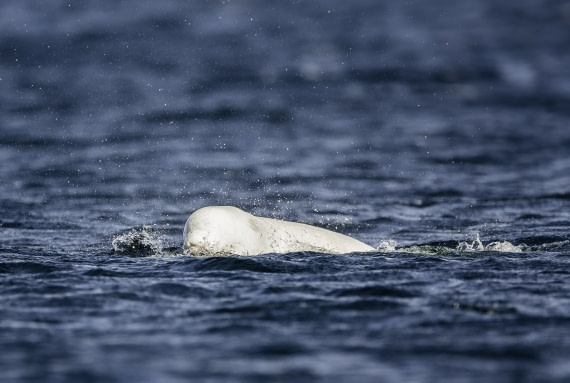