Be part of a true expedition voyage as you cruise into an area of amazing wildlife and huge tabular icebergs.

The Weddell Sea is frequented by a large number of Orcas, Humpback, and Minke Whales as well as Leopard, Weddell, and Crabeater Seals. The area is also home to a large number of penguins, namely the Adelie Penguins - who have a colony of more than 100,000 breeding pairs - which nest on Paulet Island.  Recently a colony of Emperor Penguins was also found nearby on Snowhill Island.

The Weddell Sea was discovered by the British sealer James Weddell in 1823.

Cruises to the Weddell Sea

OTL22-22 A true expedition, our Weddell Sea cruise sets out to explore the range of the Emperor Penguins near Snow Hill Island. We will visit the area via helicopter and see a variety of other birds and penguins including Adélies and Gentoos.

OTL23-22 A true expedition, our Weddell Sea cruise sets out to explore the range of the Emperor Penguins near Snow Hill Island. We will visit the area via helicopter and see a variety of other birds and penguins including Adélies and Gentoos.

OTL22-23 A true expedition, our Weddell Sea cruise sets out to explore the range of the Emperor Penguins near Snow Hill Island. We will visit the area via helicopter and see a variety of other birds and penguins including Adélies and Gentoos.

We have a total of
9 cruises

A helicopter flight over Antarctica

Our Antarctica 2023-24 cruise program is filled with fantastic expeditions, not least of which is a new itinerary that t

Overall rating based on 9 votes

Being on the first expedition since covid-19 got hold of the world, one feels privileged, very privileged. One could sense the happiness of the crew and staff to be at sea again with guests. We had mostly (v

INTO THE WILD, INTO THE WHITE

When I told my friends I was going to Antarctica for the second time, they didn't seem to understand why. It's difficult to explain to those who don't love this continent, how much it can offer.

Best experience of my life!

Our trip was so successful it felt as if we might be under some sort of spell of providential protection and luck. Every landing occurred in calm waters with favorable weather and abundant wildlife. We were

a terrific trip all the crew were fantastic Claudia chief guide was amazing and organized all very well. The food was worthy of a 5 star restaurant thanks to Mr Khabir. The lectures all were interesting and

What animals can I spot at the Weddell Sea?

You can see enormous amounts of animals in and around the Weddell Sea such as  Adelie penguins, Emperor penguins, Weddell seals and Orca.

What is the climate at the Weddell Sea?

The Weddell Sea has a big impact on the local climate. The area typically has strong surface winds, and this carries strong winds into the mountains and lower latitudes. These winds also have an impact on the South Atlantic Ocean because they tend to

How can I reach the Emperor Penguins?

Although we may not be able to reach the emperor penguin rookery of Snow Hill Island in the Weddell Sea (less than 50% chance) we have good chances to observe individual emperors on the edge if the pack-ice.

Where is the Weddell Sea Located?

The Weddell Sea is located between the land boundaries of the Antarctic Peninsula to the west and Coats Land to the east. When you travel to the Weddell Sea region, your cruise will take you through territorial areas that have been claimed by Br

How Big is the Weddell Sea?

Who Discovered the Weddell Sea?

James Weddell is believed to be the first person to discover and explore what would eventually become known as the Weddell Sea. Weddell and his crew reached the area in 1823, after mistaking some icebergs for land.

31 photos of Weddell Sea
in the gallery »

The eastern side of the Antarctic Peninsula (where the Weddell Sea is located) is known for its wild weather. At its warmest you can expect temperatures around 0°C. What you really have to dress for on your Weddell Sea cruise is the winds which can howl through the area to carry away your body heat.

If you scroll one third of the way down this page you’ll find a handy guide to help you pack for your trip. 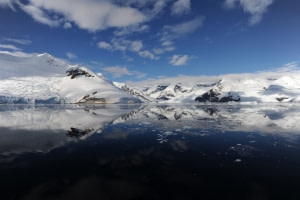 Facts about The Weddell Sea

Travel to the Weddell Sea

Heading to the east of the Antarctic Peninsula, your Weddell Sea expedition takes you to an area of amazing wildlife depth and diversification despite the harsh conditions. On your cruise including the Weddell Sea you’ll have the chance to encounter whales, seals, birds, and thousands of penguins, all of which have adapted to the remarkably difficult yet beautiful environment. 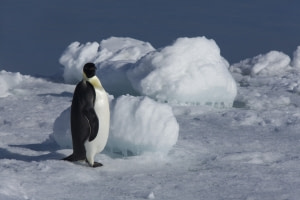