These "slender-clawed water workers" spend much of their lives submerged, though it's known they are the only member of their family to consume other seals

Appearance: Mottled, dark grey on back, lighter on belly.

How do Leopard Seals hunt?

The diet of a particular Leopard Seal depends on its size. Smaller seals will depend more on krill, fish, squid, and penguins, while larger seals will attempt going after other members of the seal family. Leopard Seals hunt penguins by floating in waters near edges of ice or land where penguins have congregated. They then catch penguins in the water and thrash them around much like a dog catching prey. Leopard Seals have a special arrangement in their jaws. They have large canines designed to latch onto prey, but their back molars lock together in such a fashion that they can strain krill from water, somewhat in the same manner that baleen whales sieve krill.

Leopard Seals are generally solitary, grouping only during mating season.

How fast can Leopard Seals go?

Leopard Seals can swim at speeds reaching 37 km per hour. This is fast enough for them to launch themselves up onto land.

Males sexually mature at 3 years of age, females at 2 years. During mating season, the females and males make long-distance mating calls to each other. Pregnancy lasts about 10 months, the birth occurring during the Antarctic summer. A pregnant female digs a hole-like den in the ice, a process which can take months, and then gives birth to a single pup. The pup will be about 1 metre long and weigh up to 32 kg, doubling their size within 3 months. The mother will nurse the pup for about a month. Males are rarely seen near the birthing grounds.

How long do Leopard Seals live?

How many Leopard Seals are there today?

Do Leopard Seals have any predators?

Leopard Seals are the 2nd-highest in the Antarctic food chain, fearing only the Killer Whale.

Leopard Seals are an aggressive breed, though there are few records of attacks on humans. However in 2003 a Leopard Seal dragged a British biologist, Kirsty Brown, underwater to her death. In contrast to this, a story of National Geographic photographer Paul Nicklen went viral when instead of attacking him, a Leopard Seal female repeatedly brought him live penguins in an effort to try to teach him how to hunt.

5 photos of Leopard Seal
in the gallery » 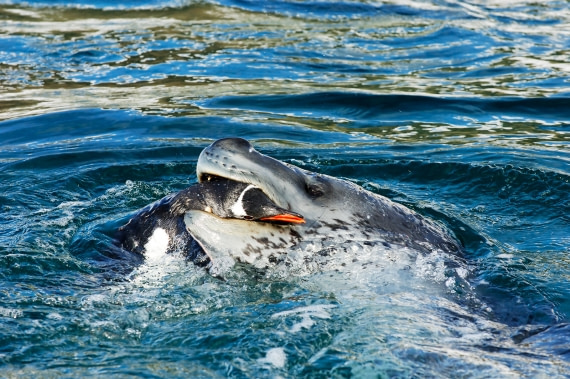 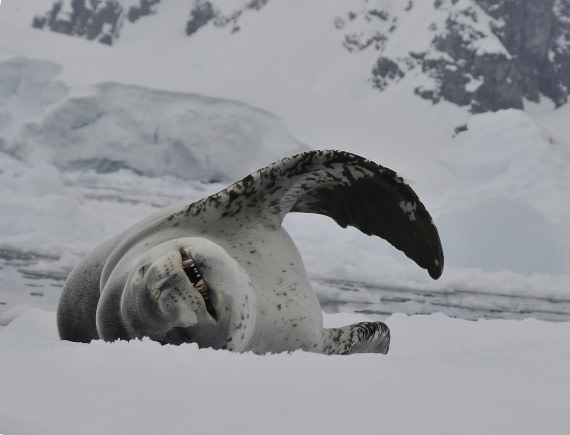 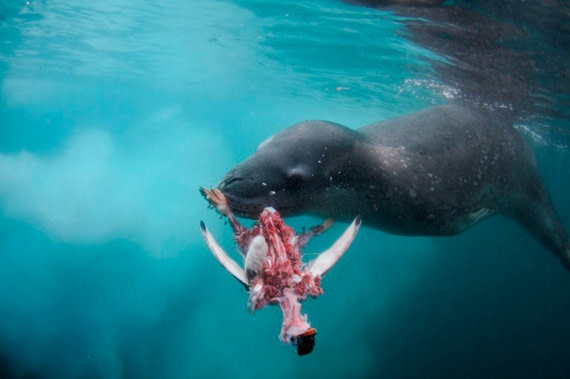