The Scoresby Sund ( Kangertittivaq ) in East Greenland is the largest fjord in the world. People from the Thule culture lived here until about 1800. In 1925 about 70 inhabitants from Tasiilaq = Ammassalik ( 800 km to the south ) repopulated the area in the settlement Scoresbysund ( Ittoqqortoormiit = place with big houses).

It was part of the Danish strategy to forestall the Norwegian claims on Northeast Greenland. This population has grown to about 500 people in the last century, but is shrinking the last few years. Until 1985 connections with the outer world were kept by ski-plane to Reykjavik, helicopter to Mestersvig and plane to Kangerlussuaq, and ship to Danmark.

In 1985 an airport was created at Constable Pynt ( Nertlerit Inaat = Gåseelv ). Kape Hope and Kap Tobin, small settlements within 20 km from Ittoqqortoormiit where families had been living since 1925 became defunct after 2000. In 2009 Ittoqqortoormiit was made part of Sermersooq community, comprising also Tasiilaq and Nuuk. The local language is East Greenlandic like in Tasiilaq. 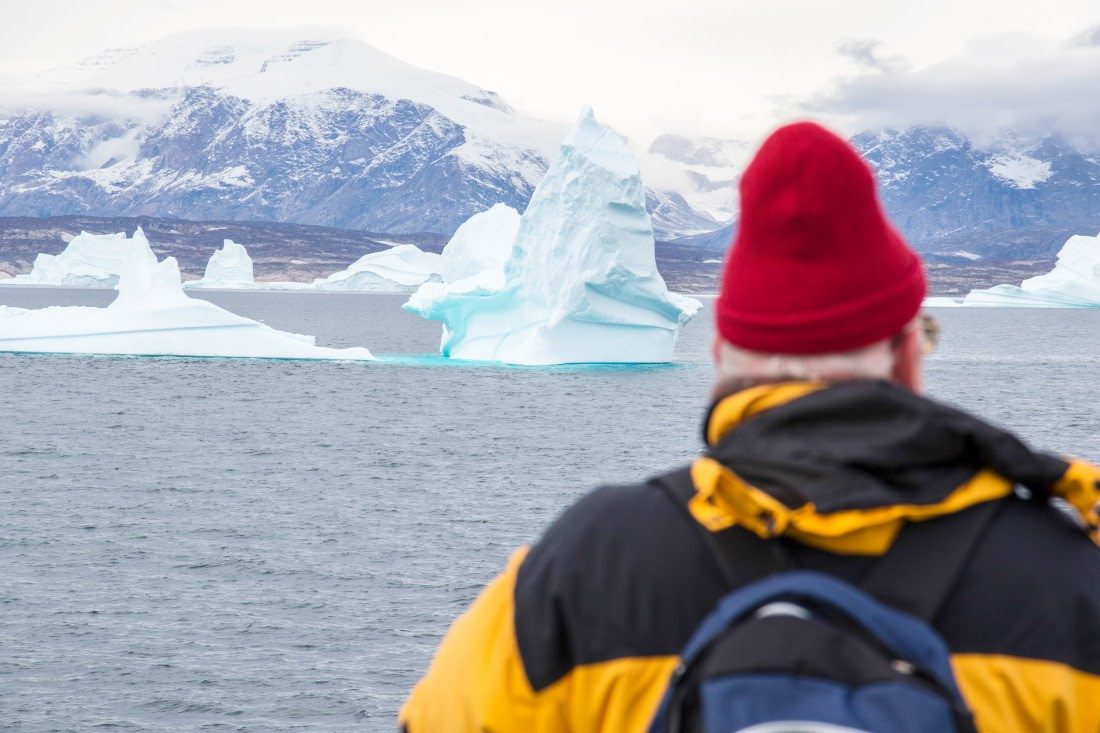 The Scoresby Sund is a good area for seals, narwhals, polar bears, muskoxen, geese and seabirds, all of which are hunted for meat and skins. Gun, dog sledge and motor boat are used for hunting. Until 1975 the kayak was in use, but it has been replaced by a small joll. In winter the fjord freezes over with solid ice, but open water remains at the mouth of the fjord. The position of the ice-edge varies from year to year.

Characteristic for this area is the hunting along the ice edge in late winter and spring, when seabirds, polar bears and seals are shot. In winter and spring nets are used to catch seals under the ice. In spring seals on the ice near their breathing holes are shot from behind a hide, in summer in open water from shore. Muskoxen are hunted on the tundra when they can be reached by dog sledge or from a boat near the coast. Geese hunting and egg collection is a summer activity.

These days a few people are full-time hunters, while others have it as a side-activity. The community can not sustain itself on hunting, though the area is the best for bears in Greenland, situated just south of the Northeast Greenland National Park, where animals are protected. 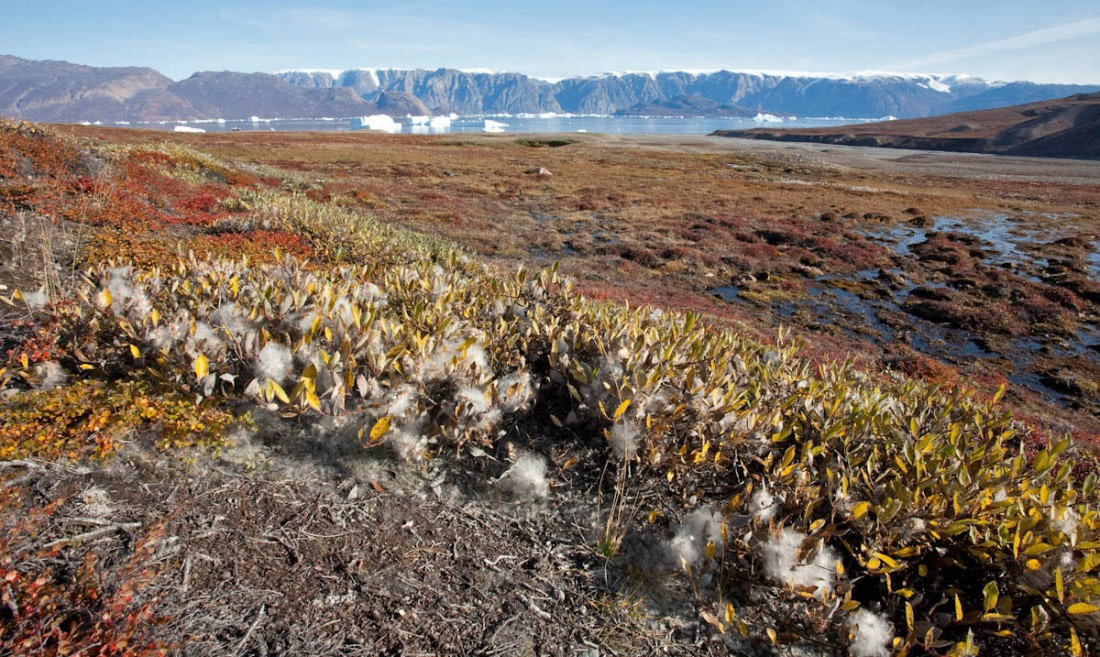 The main structure of Scoresby Sund is about 110 km (approx. 68 mi) long, with a large number of islands and numerous side fjords, of which the longest extends to about 350 km from the coastline inland. Some of the fjords further inland are up to 1,450 m (4,760 ft) deep.

The Scoresby Sund region of Greenland was first mapped in 1822 by the English explorer William Scoresby. The overwhelming beauty of the vast fjord system, including the high walls and cliffs made of basalt, as well as the multi-faceted flora and fauna fascinated the explorer, just as it does any traveler who visits this part of Greenland today.

The town of Ittoqqortoormiit is the only permanent settlement in this remote area. The name of this town with about 490 native Greenland inhabitants, the Inuit, translates into something like “those who live in big houses”. Even though the sea ice blocks ship access to Ittoqqortoormiit for up to nine months of the year, it is important for its existence.

Here people are still hunters, which is not surprising considering the abundance of animals and fish in this area. At the post office you can buy stamps for your postcards, or just wander around to see the sledge dogs and the drying skins of Seal, Musk Ox and Polar Bear. 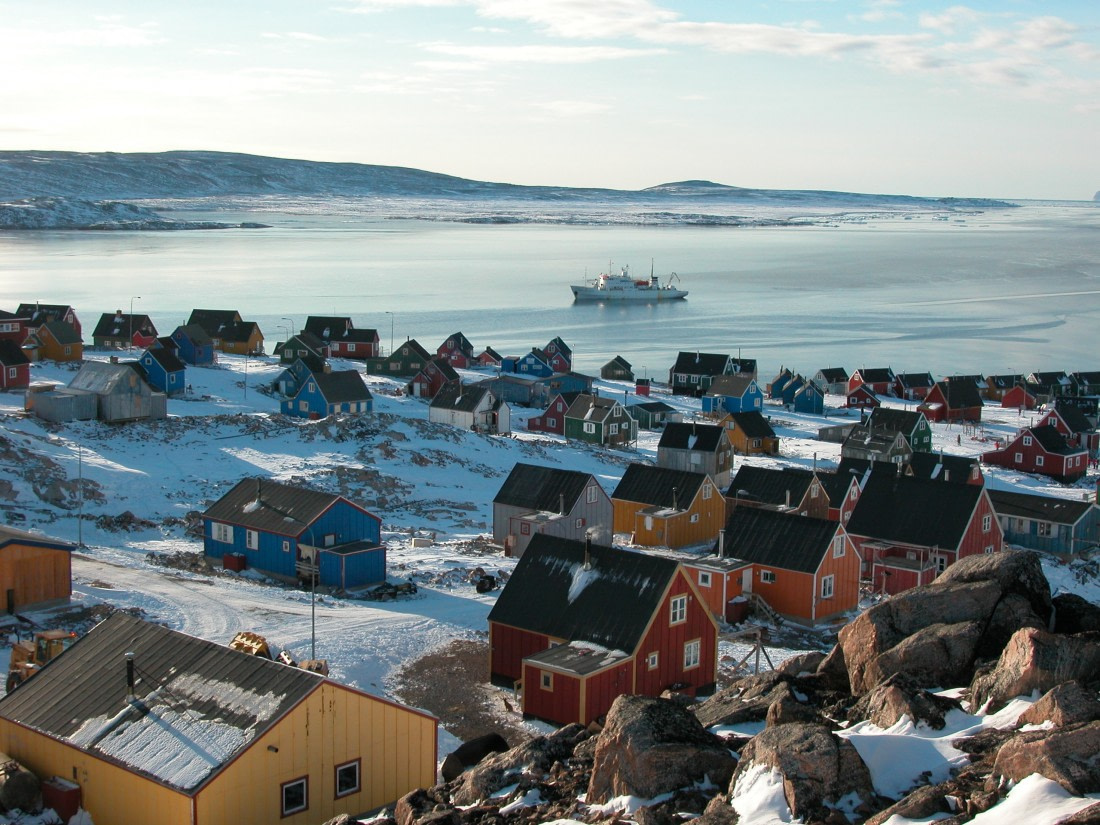 During your Greenland travel, you have many chances to encounter all kinds of animals, such as arctic birds, seals, Atlantic walruses and maybe even the Bowhead whales. The fauna in the region of Scoresby Sund is unusually rich for Greenland. This has to do with several factors:

The long summer days invite travelers to leave the boat and see musk oxen, arctic foxes, lemmings and many other animals native to Greenland. Scoresby Sund is definitely a must-see for any Greenland traveler, mainly because it is very different from other parts of the country.

7 photos of the
in the gallery »

PLA12-21 The Spitsbergen and Northeast Greenland cruise sails waters filled with breath-taking scenery. The expedition passes through areas that are home to se

OTL13-21 The Spitsbergen and Northeast Greenland cruise sails waters filled with breath-taking scenery. The expedition passes through areas that are home to se

PLA13-21 The East Greenland – Scoresby Sund cruise crosses the Arctic Circle into the home waters of multiple species of whale. The expedition will spot huge i

We have a total of
16 cruises