Spending two thirds of their lives in the water, these "tooth-walking sea horses" cuddle their calves in the same fashion as human mothers

Location: Northern Atlantic and Pacific Oceans as well as the Laptev Sea, which is part of the Arctic Ocean

Appearance: Long tusks (up to a meter in length, or three feet) with whiskers and blubbery skin that is dark brown in youth and grows pinker or rust-colored with age

What do walruses eat?

While walruses eat all sorts of small aquatic creatures, their food of choice is clam. To find clams, walruses dive to shallow sea floors and search with their sensitive vibrissae (whiskers). Once food is found, walruses seal their lips to the clam’s shell and quickly withdraw their tongues back into their mouths. This creates a vacuum, sucking the meat out of the shell. Walruses also prey on seals and even narwhals if they’re trapped by ice. Dives can range from around 80-90 meters (265 – 295 feet) deep, and walruses can stay underwater for about 30 minutes.

Walruses herd together on ice floes and on shore. Usually the herds are separated by sex. Relations become less friendly during mating season, when male walruses fight for dominance over a harem of walrus females. Sunbathing walruses can gather in the hundreds. During mating season, these numbers can go up into the thousands. If startled, a stampede of walruses has been known to crush members of its own herd.

How fast can walruses move?

Walruses can move surprisingly fast on land, matching the running speed of a human being. They run on all fours like a dog. While swimming, walruses become graceful and use full-body movements to glide through the water. On average, walruses swim about 7 kph (4 mph) but can speed up to 35 kph (22 mph) if necessary. In the Atlantic and Pacific, thousands of walruses can be seen migrating north for the summer, when the waters open up from under the ice. The walrus herds in the Laptev Sea area are relatively settled, moving very little by comparison.

From January through March, adult male walruses (also known as bulls) fight each other for dominance. The more prominent males then swim around groups of females, emitting vocal calls from the large air sack under their throats.

Pregnancy lasts for about 15 months. Calving occurs during the spring migration (April through June) of the year following impregnation. Walrus calves weigh up to 75kg (165 pounds) and are immediately able to swim. Mothers nurse their young for over a year, and calves stay with their mothers for up to five years.

How long do walruses live?

Walruses generally live to be about 20 to 30 years old in the wild, but they have been known to live as long as 40 years.

How many walruses are there today?

This is largely unknown, but estimates put the worldwide walrus population at approximately 230,000. This number roughly breaks down to:

Do walruses have any predators?

Because of their size and tusks, walruses only have two natural predators: orcas (killer whales)  and polar bears. However, both predators prefer to attack easier prey like seals. Humans are historically the greatest hunter of the walrus. During the 1700 - 1800s, the Atlantic population of walruses was hunted nearly to extinction. The walrus was hunted for a range of valued parts:

Currently, walrus hunting is illegal for most people except indigenous groups for whom the animal still represents a major life resource.

What are walrus tusks for?

Walrus tusks are actually canine teeth that keep growing throughout its lifetime. Walruses use their tusks in the following ways:

RVR20-23 At the end of a long Arctic winter, spring is starting to awaken. The climate, however, still clings to the cold: snow-covered mountains, snow-swept shores, temperatures around –4° C (25°F). It’s a good time to experience the last of winter scenery,...

PLA02-23 Start your North Spitsbergen cruise with a trek around historic Longyearbyen, then join our expedition to the north of the island to take in the fantastically beautiful landscapes, the thousands of seabirds, and of course the star of the show, the polar...

PLA03-23 Start your North Spitsbergen cruise with a trek around historic Longyearbyen, then join our expedition to the north of the island to take in the fantastically beautiful landscapes, the thousands of seabirds, and of course the star of the show, the polar...

RVR23-23 The North Spitsbergen cruise sails to some of the remotest locations of northern Europe. The expedition gives you the opportunity to spot historic whaling remains, glaciers, a variety of Arctic birds including the Little Auk, and polar bears.

HDS04-23 Start your North Spitsbergen cruise with a trek around historic Longyearbyen, then join our expedition to the north of the island to take in the fantastically beautiful landscapes, the thousands of seabirds, and of course the star of the show, the polar...

We have a total of
59 cruises 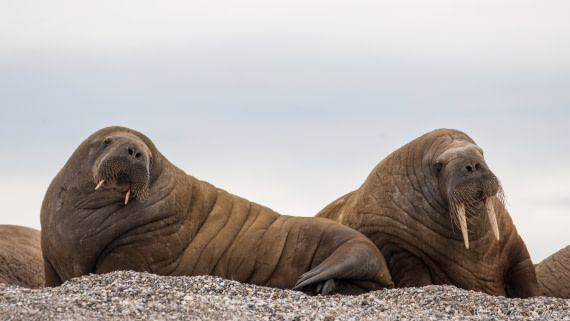