One of the best places to spot icebergs and whales near the Antarctic Peninsula, this extensive waterway is a longstanding favorite among both our guides and guests

Between the Palmer Archipelago and the Danco Coast—on the west side of the Antarctic Peninsula—runs the sprawling waterway of Gerlache Strait. The channel is almost 200 km long (124 miles). On the northern end it gets as wide as 50 km (31 miles) and at the southern end as narrow as 10 km (6.2 miles). De Gerlache originally named it “Belgica Strait” after the ship he used in his expedition, though later the strait was renamed in honor of de Gerlache himself.

Sailing the ice-jeweled channel south, the strait slowly narrows. Far-off mountains grow on the horizon, showing off their jagged peaks, glacial spouts, glassy ice walls. Bergs are as numerous here as the whales, feeding on swarms of krill that swim the channel. Within moments it’s easy to see why many call Gerlache the most beautiful area in the Antarctic.

The Ghost Ship of Gerlache Strait

Gerlache Straight was once a heavily trafficked hunting ground for whalers during the first decades of the 20th century. Now it bears silent witness to the wreck of the Norwegian whaling vessel Gouvernøren, which sank after it caught fire in 1916. The remains of the abandoned ship are still visible in Gouvernøren Harbour, poking out of the water near Gerlache Strait. Its final resting place makes for a haunting diving spectacle for anyone willing to take the plunge.

PLA27-22 This Falkland Islands, South Georgia, and Antarctic Peninsula cruise is an animal-lover’s dream come true. The expedition explores one of the last untamed areas on Earth – a land of ruggedly beautiful landscapes and amazingly varied wildlife.

HDS28A22 This Polar Circle and Antarctic Peninsula cruise passes through waters travelled by Humpback, Minke and Fin whales. Anchoring in various spots around the region, the expedition offers the chance to hike, kayak, and dive in the iceberg-heavy waters.

We have a total of
21 cruises 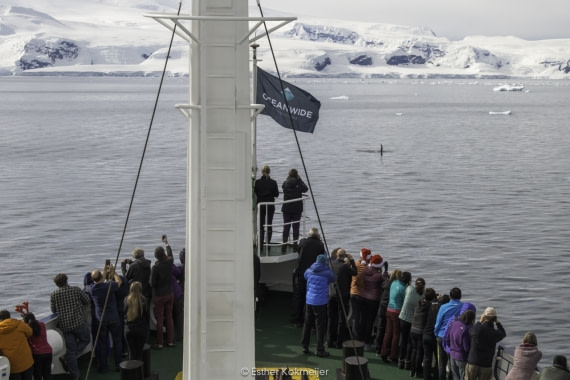