The bountiful pleasures of Paradise Bay

When it comes to Antarctic scenery, Paradise Bay is a longstanding favorite. Enormous glaciers tower out of the steel-blue sea, shattered icebergs shimmer along the shoreline, and there’s a fair chance you can spot whales, gentoo penguins, or crabeater seals as well. When the sun is shining and the weather calm, there are few places that will give you the classic Antarctic experience more than a brisk Zodiac cruise around Paradise Bay.

Paradise Bay is located just north of the Lemaire Channel and was once used by whale hunters as an anchorage for their floating factory ships in the early 20th century. The Argentinian research station, Almirante Brown, is located there and is a possible landing site.

Almirante Brown owes its name to the Irish-Argentinian admiral William Brown, founder of the Argentinian Navy and hero of the Argentine War of Independence. His namesake station is one of 13 Argentinian stations in Antarctica. The base was well equipped in the 1960s but burned down in 1984 and was only partially rebuilt as a summer station. Rumor has it, the station’s doctor set fire to the building to avoid spending another winter there, though an American ship saved the staff.

González Videla, a Chilean research station, is also in Paradise Bay. It is situated at Waterboat Point, which is on a land spit at the northern entrance of the bay. The name came from two British scientists who stayed here from 1921―22 in a primitive shelter built partly out of an upturned boat left by whale hunters. Their hut is now an historic monument.

We have a total of
70 cruises 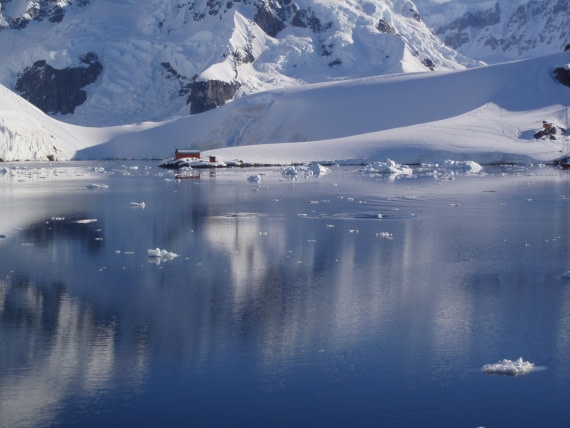