Appearance: Black back and head, white belly, white stripe running eye-to-eye across the top of the head, reddish bill

How do gentoo penguins feed?

Gentoo penguins have been known to make as many as 450 dives per day to forage for food. They can dive as deep as 200 metres (650 feet) and stay underwater up to seven minutes. Although they prefer to stay close to shore, gentoos have been spotted as far as 26 km (16 miles) out to sea.

Gentoo penguins tend to stay within their colonies even beyond the mating season, though colonies in more southern regions may disperse more.

How fast can gentoo penguins swim?

Gentoo penguins are the fastest-swimming penguins in the world, reaching speeds of up to 36 kph (22.4 mph).

Gentoo penguins choose shallow coastal areas for their breeding grounds, building nests among tufts of grass or rocky ground. Their colonies spread across many of the sub-Antarctic islands as well as the Antarctic Peninsula.

Gentoos use stones to form a circle for their nests, and fights over those stones can become quite nasty. Stones are even a gift that male gentoo penguins sometimes give females when trying to woo them.

There is a large variety in egg-laying times depending on where a particular gentoo penguin is found. In warmer areas, this can occur as early as June, but in colder areas the laying period is delayed until December.

Gentoo penguins are monogamous and have up to three breeding seasons, but generally they find new partners after that. Male gentoos attract females with gifts of stones and also by “trumpeting” skyward. If a female gentoo penguin chooses a male, both sexes point their bills at the nest the female has built.

After breeding, female gentoos lay two eggs that weigh about 130g each (4.6 ounces). Gentoo parents then switch incubation duties on a daily basis. The incubation period lasts about 35 days, and then the gentoo penguin chicks stay in the nest another 30 days before forming crèches.

Gentoo chicks form these crèches, or nurseries, with other chicks for protection and warmth while they learn to fend for themselves. It takes about another month for the gentoo penguin chicks to grow their feathers, at which point they’re able to venture out to the sea.

How long do gentoo penguins live?

Gentoo penguins live about 15 to 20 years in the wild.

How many gentoo penguins are there today?

The gentoo penguin population is estimate to be around 774,000 mature individuals, last assessed by the IUCN in 2018.

Do gentoo penguins have any natural predators?

Large seabirds like skuas and giant petrels steal gentoo eggs and try to make off with chicks. All gentoo penguins are on the watch for leopard seals and orcas, which also feed on them.

We have a total of
39 cruises 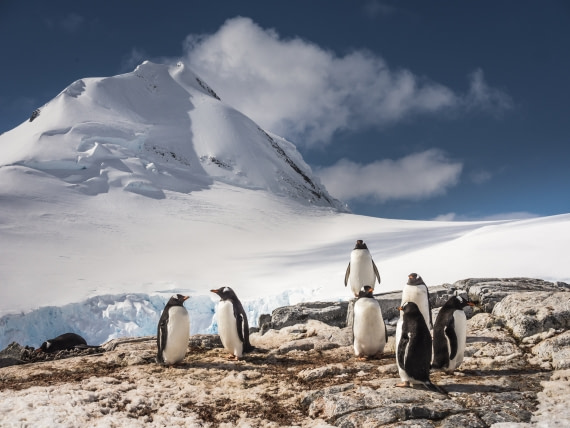 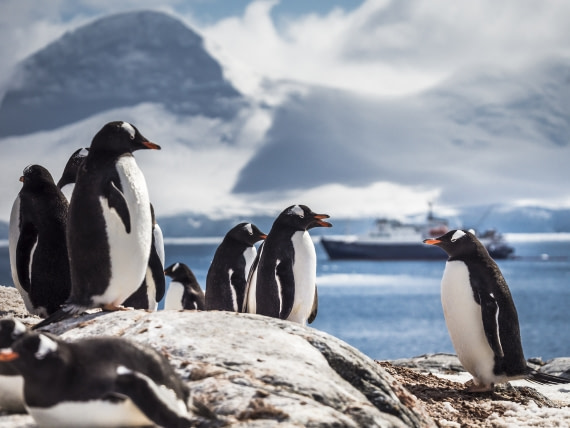 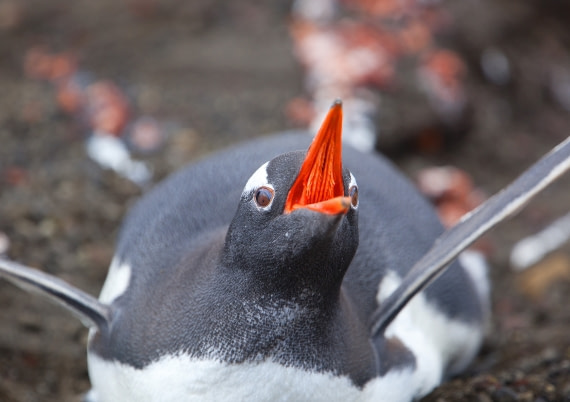