The lovely but elusive Bouvet Island

Bouvet Island (Bouvetøya) is an uninhabited sub-Antarctic volcanic island that belongs to Norway. Discovered on 1 January, 1739, by Jean-Baptiste Charles Bouvet de Lozier, commander of the French ships Aigle and Marie, it was the first landmass spotted south of the 50th parallel south.

Bouvet, who was searching for a large continent presumed to exist in the south, spotted the island through the fog and named the cape Cap de la Circoncision. He was not able to land, however, and did not circumnavigate Bouvet Island. As a result, it was not immediately clear whether it was an island or part of a continent.

Not only that, but the plotting Bouvet made of the island was inaccurate and led to several failed attempts to find the area again.

Bouvet Island: the most remote island in the world

Bouvet Island comprises the upper portion of a volcano at the southern end of the Mid-Atlantic Ridge in the South Atlantic.

The penguins, seals, and other beautiful wildlife of Bouvet Island

Due to its importance as a bird breeding area, BirdLife International has designated Bouvet Island an Important Bird Area. Macaroni penguins, chinstrap penguins, and Adélie penguins can be seen on Bouvet Island, along with seabirds like southern fulmars, Cape petrels, and numerous albatross species.

Antantic fur seals and southern elephant seals also inhabit Bouvet Island, while orcas and humpback whales can be found in the surrounding waters. 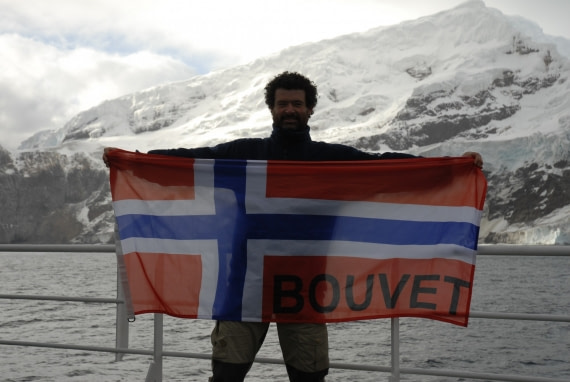