The Norse used to call them "foul ghouls" for their pungent-smelling stomach oil, but this evolutionary trait is both a defensive tactice and mid-flight energy source

Appearance: Gull-like (white or grey), but have tubed beaks and fly on stiff wings.

How do Fulmars feed?

Fulmars are pelagic (meaning they live entirely at sea) outside of their breeding months. When they’re hunting (as opposed to scavenging) they are ocean divers, plunging several metres under the water to nab prey, or plucking them out from just under the surface.

How fast do Fulmars fly?

Fulmars fly at about an average of 47 km per hour.

Fulmars reach sexual maturity anywhere between 6 and 12 years of age. They are monogamous and the pairs will generally return to the same nesting location every year. Breeding season begins in May. However the females are able to store sperm in specialized glands so they do not technically become pregnant for a number of weeks after mating. Fulmars create their nests on cliff sides. The nests are really just bare rock or at most a depression or scrape lined with a bit of grasses or seaweed. One egg is laid. The incubation lasts about 50 days with the parents taking turns staying with the egg. Once the egg hatches the hatchling is fed by the parents for about 2 weeks. Fledging occurs about 70 days after hatching.

How long do Fulmars live?

Fulmars live up to 40 years in the wild.

How many Fulmars are there today?

Do Fulmars have any natural predators?

Chicks and eggs are prey to scavenger birds like skua and sheathbills, as well as foxes, squirrels, and rats.

We have a total of
28 cruises 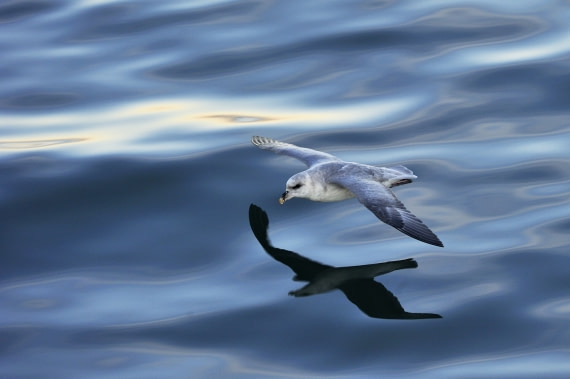 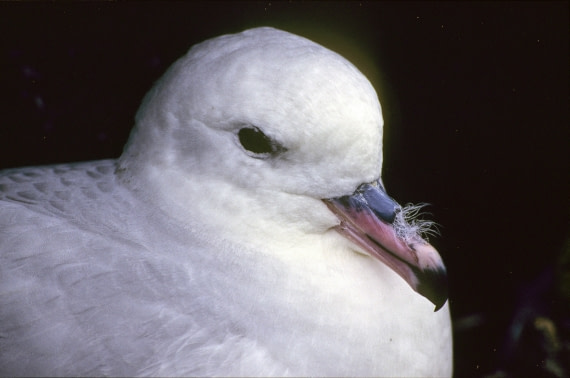