Sail miles of rugged coast under the magical northern lights

Northern Norway covers about one third of the country as a whole. The lands boast mountains which hide surprising sweeps of green farm and grazing lands in the interior. The coasts are notable for their numerous fjords that come in a wide range of sizes and shapes.

The seas surrounding the area are rich in a wide variety of sea food, most notably cod. Fishing has played a major part in the region’s economy for hundreds of years. The waters are home to all sorts of whales – Humpbacks, Minkes, Orcas, Pilots, and Sperm. Our North Norway voyages will be mostly dedicated to meeting Orca’s and Humpback Whales, which feed on the wintering herring in the fjords of Troms.

Experience the shores, seas, and lights of the Norwegian Arctic

RVR12-21 During this trip, hikes (with snowshoes if needed) and kayak outings with TRAK kayaks are offered. Snowshoeing is easy and for anyone with good health

RVR13-21 Starting in Tromsø, the “Paris of the North,” and finishing in Alta, the home of the Northern Lights Cathedral, this adventurous voyage lets you ski s

RVR14-21 Starting in Alta, and finishing in Tromsø, the home of the Northern Lights Cathedral, this adventurous voyage lets you ski some of the best and bigges

RVR15-21 Starting in Tromsø, the “Paris of the North,” and finishing in Alta, the home of the Northern Lights Cathedral, this adventurous voyage lets you ski s

NOO38-21 The North Norway cruise follows the path of more than one kind of whale as it travels amongst the fjords of Troms. The long Norway nights offer travel

We have a total of
34 cruises

Expedition in the Norwegian Arctic

Three big sails were set, the wind was blowing hard, and with frozen tears in my eyes, I could do nothing else but smile

Owing to the large landmasses that populate the Northern Hemisphere, the Arctic has the most diverse wildlife of the pla

Overall rating based on 7 votes

Trip far exceeded our expectations. The expedition guides and the Doctor Moniek were very knowledgeable, patient, kind, and wonderful. We got to know them fairly well. it was hard to say goodbye at the end o

This was truly an amazing adventurous trip with Oceanwide on the Rembrandt van Rijn. This classic three masted sailing ship was compact but comfortable

Trip of a life time

Seven night cruise arranged through Naturetrek. Despite some varied weather (only to be expected in January) the crew and leaders ensured that we enjoyed an excellent experience. We had great views of the wh

This year in january I have been onboard of the Noorderlicht for my second time. The new owners are amazing. One day we had lots of orcas and humpbacks around the ship - wow. Unfortunately we were not so luc

What is the Time in Northern Norway?

What is the Temperature and Weather Like in Northern Norway?

What Wildlife Can I See in Northern Norway?

Your cruise to Northern Norway will give you the chance to see gray seals, harbor porpoises, humpback whales, sperm whales, and possibly orca whales (killer whales).

What is the Capital of Northern Norway?

How Many People Live in Northern Norway?

A trip to Northern Norway presents you with many exciting opportunities, but it is not a deserted area. Instead, Northern Norway has a population of almost 463,000. The residents of this region live within an 112,951 square km (43,611 square miles) r

What Unique Features Does Northern Norway Have?

Northern Norway’s unique features are as numerous as the diverse wildlife species that inhabit the region. Svalbard offers prime views of glaciers and wildlife, and the primary source of transportation is snowmobiles in the winter and boat in t

79 photos of the North Norway
in the gallery »

Even though North Norway is in latitudes similar to Greenland or Alaska it has a much milder climate. Summer temperatures can reach as high as 25°C to 30°C.

During the winters the days become very short and between the middle of November through to the start of February the sun does not fully rise at all. The interiors of North Norway can get quite cold but the coasts remain relatively mild, dipping just a few degrees below the freezing point.

Your North Norway cruise carries you into a picturesque land dominated by thousands of kilometres of coastland and watched over by the Northern Lights. Your North Norway expedition cruise will be a whale watching delight offering you the chance to spot Sperm whale, Orca, Humpback, Minke, and Pilot whales. 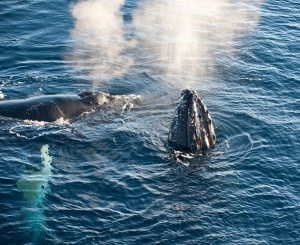