Named for their orange plume feathers, these shallow-nesting hoppers are the largest of the crested penguins

What do macaroni penguins eat?

Macaroni penguins spend six months at sea while foraging for fish, crustaceans, and squid. Like other penguins, they swallow small stones to use for ballast and to help grind up the shells of the small crustaceans they catch.

During the mating season, krill becomes an important source of food for penguins. Macaroni penguins are thought to be the largest consumer of marine resources of all sea birds, eating tons of krill per year.

Macaroni penguins on the hunt dive anywhere from 15 to 70 metres (49 to 229 feet) but have been recorded as going as deep as 100 metres (330 feet). The dives last somewhere around two minutes.

Like most other penguins, macaroni penguins form vast colonies and foraging groups. Male macaroni penguins can display aggressive behavior toward other males, sometimes locking beaks and slap-fighting with their flippers.

To keep things calm, macaroni penguins ease through their colonies with their heads tucked down toward their chests.

How fast can macaroni penguins move?

Female macaroni penguins mature sexually at five years old, males at six. During the warmer Antarctic summer months (starting around October), macaroni penguins return to colonies that can number up to 100,000 individual members. If they’ve bred before, the majority will return to their previous mating partners.

Incubation duties are split up. For about the first 12 days, both adult macaroni penguins keep the egg warm. The male penguin will then leave for the following 12 days to go hunt, trading places afterward for another 12 days so the female can hunt.

The adult macaroni penguin left behind will not eat, so it will lose about 40% of its weight by the end of these periods.

Macaroni penguin eggs hatch approximately 35 days after being laid. Like other penguins, macaroni penguin chicks form a crèche, or nursery, to help keep each other warm while their protective feathers replace their fuzzy down. After about two months, the colony returns to sea.

How long do macaroni penguins live?

How many macaroni penguins are there today?

Macaroni penguins are the most numerous species of penguin, estimated at nine million pairs. Some populations, however, have witnessed at least a 50% decline in the last four decades, most likely due to warming seas and pollution.

Do macaroni penguins have any predators?

Chicks and eggs are vulnerable to predatory sea birds like the skuas and petrels, while adult macaroni penguins on the sea are preyed upon by a variety of seals and killer whales, or orcas.

5 photos of the
in the gallery »

We have a total of
11 cruises 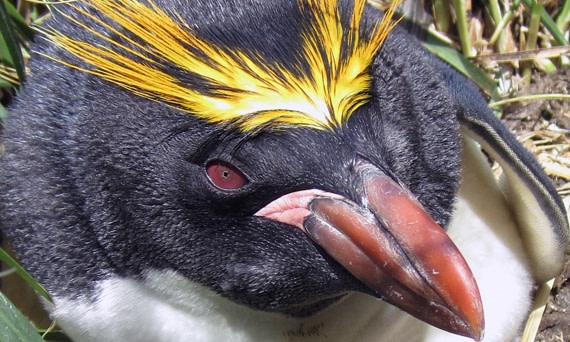 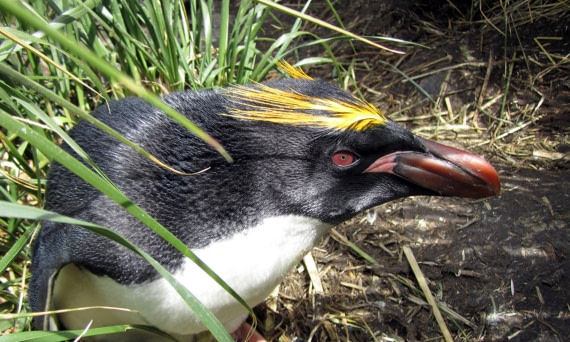 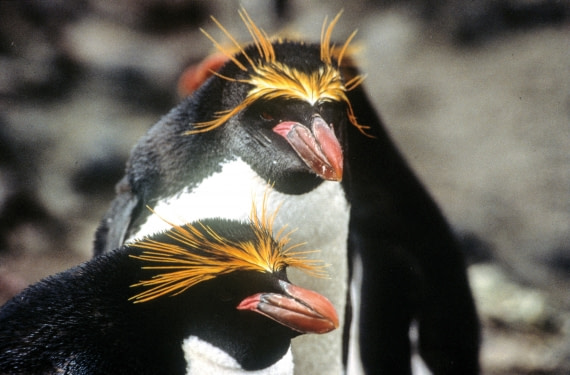