These "lovers of sea ice" have been dwindling since the 1980s, though whether this is due to relocation or approaching extinction is unknown

Appearance: White. The bill is blue with a yellow tip. Black legs.

How do Ivory Gulls feed?

When hunting, Ivory Gulls will hover and then plunge down into the water to snatch fish. They are also scavengers and opportunistic feeders. They are known to follow Polar Bears in hopes of picking at the Bears’ kills. They will even eat the placentas and fecal matter of Seals and Polar Bears.

Ivory Gulls tend to congregate in nesting colonies. The largest is believed to be in Russia, which hosts approximately 4,500 breeding pairs.

Ivory Gulls breed between the end of June and August. They generally form colonies of anywhere from 5 to 60 breeding pairs. They create nests out a wide variety of materials – algae, down, driftwood, feathers, lichen, grass, mud, and seaweed. They locate their nests along gravel banks of smaller streams, on cliff edges, and stone ridges located near ice caps. The female will lay 1 to 3 brown or olive-coloured eggs in a single clutch.  Incubation takes around 25 days with the parents taking turns staying with the eggs. The young chicks are mainly white with black spots across their bodies. These spots will be replaced with pure white plumage when they reach their second year.

How many Ivory Gulls are there today?

As of 2012 Birdlife International estimated the world population of Ivory Gulls to be anywhere between 19,000 and 27,000 birds. The regional breakdown goes:

Do Ivory Gulls have any natural predators?

Ivory Gulls are prey to Polar Bears, other birds (their young and their eggs), and the Arctic Fox. The Gulls also have an ongoing disagreement with Moose which tend to eat the larger examples of their nests.

HDS10-21 Take a cruise around Spitsbergen and explore the icy waters of the North Atlantic. This special expedition offers you the chance to catch site of whales, reindeer, Arctic foxes, walruses, seals, and the star attraction, the polar bear.

OTL10-21 This is a voyage, with a group of scientists on the ship, who will follow-up on the investigations which Dutch researchers began on Edgeøya in the 20th century. Academic voyage organized by the Dutch University of Groningen to the Island Edgeøya south...

PLA02-22 Search for whales, and other Arctic wildlife of the land, sea, and air on an adventurous voyage from our home port of Vlissingen to our favorite Arctic island group.

OTL03-22 Search for whales, and other Arctic wildlife of the land, sea, and air on an adventurous voyage from our home port of Vlissingen to our favorite Arctic island group.

We have a total of
31 cruises 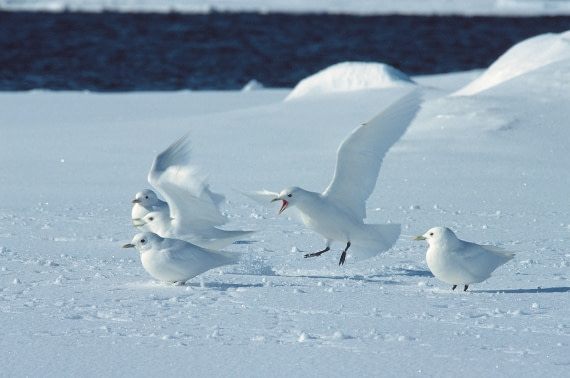