So efficient in the air that their in-flight heart rate barely rises above resting, these sub-Antarctic birds pack a stomach full of oil they can spit at would-be attackers

How do Black-browed Albatrosses feed?

Black-browed Albatrosses are opportunistic feeders, eating almost anything they can grab. They are known to try to snatch food from other birds and are one of the species of birds that will follow fishing trawlers for their offal.

At sea they mainly pluck fish from near the surface, but they can dive as deep as 5 metres.

Black-browed Albatrosses are quite often seen flocking with their own and other species while feeding. However this is not quite “social” in the sense that they will try to steal food from other birds.

How fast do Black-browed Albatrosses fly?

Black-browed Albatrosses can reach speeds of up to 110 km per hour depending on the wind’s currents.

Almost all Black-browed Albatross nesting sites are on cliff walls or edges with the exception of the nest sites on the Falklands which are located on flat coastal grasslands.

The breeding season varies a bit depending on where in the world a particular bird is located, but the season is generally held from late September through early November.

They are monogamous, pairing off for life.

One egg is laid. Both parents will take turns incubating the egg for about 70 days. Once hatched the chicks take another 4 months before they fledge (take their first flight).

Juveniles will return to the breeding colonies after about 3 years but usually this is just a dry run where they practice mating rituals; they usually won’t actually begin mating until they’re at least 7 years old.

How long do Black-browed Albatrosses live?

Black-browed Albatrosses have been known to live over 70 years.

How many Black-browed Albatrosses are there today?

Estimates place the Black-browed Albatross worldwide population at over 1.2 million.

Do Black-browed Albatrosses have any natural predators?

Black-browed Albatross eggs and young are prey to rats. Their nesting areas can also be destroyed by the burrowing of rabbits.

5 photos of Black-browed Albatross
in the gallery »

We have a total of
40 cruises 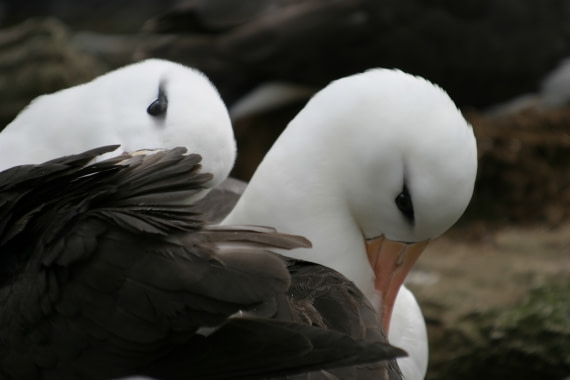 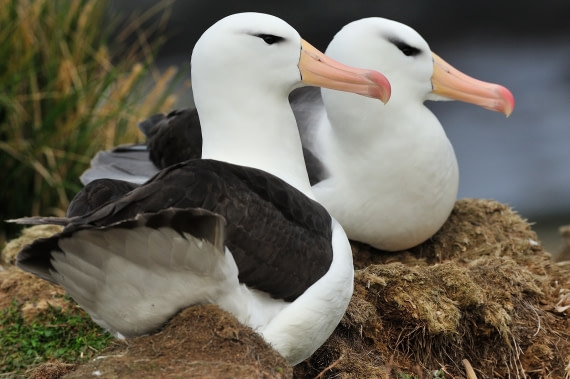 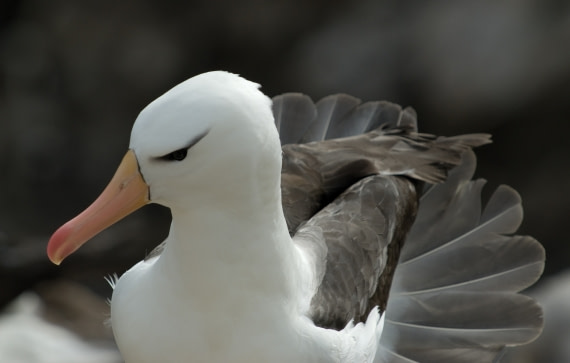