These remarkably efficient gliders, named after the Greek hero Diomedes, have the largest wingspan of any bird on the planet

Location: All oceans except in the North Atlantic.

How do Wandering Albatrosses feed?

Wandering Albatrosses make shallow dives when hunting. They’ll also attempt to eat almost anything they come across and will follow ships in the hopes of feeding on its garbage. They can gorge themselves so much that they become unable to fly and just have to float on the water.

How fast do Wandering Albatrosses fly?

Wandering Albatrosses can fly up to 40 km per hour.

When courting, the male Wandering Albatross will spread his wings, wave his head around, and rap his bills against that of the female while making a braying noise.

The pair will mate for life, breeding every 2 years. Mating season starts in early November with the Albatrosses creating nests of mud and grass on one of the Sub-Antarctic islands.

The female will lay 1 egg about 10 cm long, sometime between the middle of December and early January. Incubation takes around 11 weeks, the parents taking turns.

Once the chick is born the adults switch off between hunting and staying to care for the chick. The hunting parent returns to regurgitate stomach oil for the chick to feed on. Eventually both parents will start to hunt at the same time, visiting with the chick at widening intervals.

How long do Wandering Albatrosses live?

Wandering Albatrosses can live for over 50 years.

How many Wandering Albatrosses are there today?

There are about 25.200 adult Wandering Albatrosses in the world today.

Do Wandering Albatrosses have any natural predators?

Because they’re so big and spend almost all of their lives in flight, Wandering Albatrosses have almost no natural predators.

PLA28-23 This Antarctic Peninsula and South Shetland Islands cruise delivers you into a landscape of dark rugged rock, pure white snow, and a fantastic variety of wildlife. Come say hello to whales, seals, and thousands of penguins.

We have a total of
44 cruises 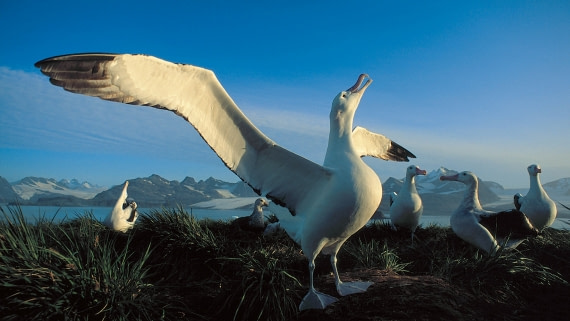 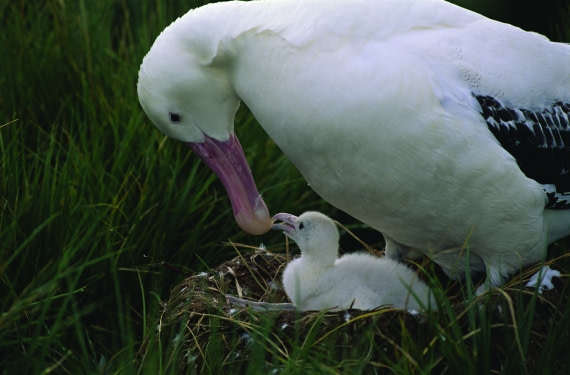 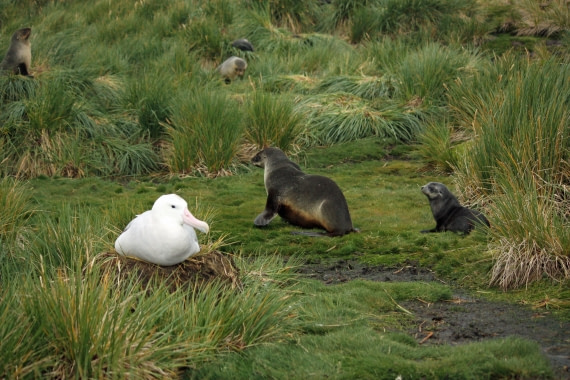