Among the largest of their parvorder, these "winged whales" usually prefer warmer waters than their polar-traveling baleen relatives

Location: All open Oceans between the Polar Regions.

How do Sei Whales feed?

Like all baleens, Sei Whales open their mouths while swimming to gulp in large amounts of water. They then strain the water back out through their baleens (a kind of plate), trapping the krill inside to be consumed.

Sei whales are relatively shallow divers, staying under from 5 to 15 minutes. Instead it stays near the surface of the water, swimming on its side through clouds of krill or other prey. Sei Whales will eat about 900kg of food per day.

Sei Whales sometimes travel solo, while others group into pods of up to 6 members.

How fast do Sei Whales swim?

Sei Whales are one of the fastest of all cetaceans (Whales, Dolphins, and Porpoises), able to reach speeds of up to 50 mph for short sprints.

Females give birth every 2 to 3 years, usually to a single calf. Both males and females reach sexual maturity when they are around 9 years old.

Sei Whales mate in temperate, sub-tropical seas during the winter. The pregnancy lasts from 10 ¾ months to 1 year. The calf is weaned from 6 to 9 months after its birth, when it will have grown to the length of about 8 or 9 metres.

How long do Sei Whales live?

Sei Whales live up to 65 years.

How many Sei Whales are there today?

There are about 80,000 Sei Whales in the world today. That is about 1/3 of the population that existed in the world before the whaling boom of the late 1800s through early 1900s.

Do Sei Whales have any natural predators?

The only natural predator a Sei Whale faces is a pack of Orcas (Killer Whales). 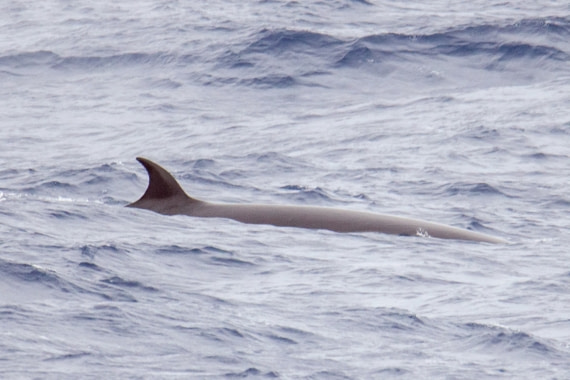