These horn-beaked auklets have nicknames both jocular and solemn: "sea clowns" for their facial hues, "little brothers of the north" for the monk-like tones of their plumage

Appearance: The Atlantic and Horned Puffin have black bodies with white bellies. The tufted puffin has an entirely black body. All three have white faces with colourful (red, yellow, and orange) beaks.

The Rhinoceros Auklet is dark gray with a lighter belly, with no white sections on its face. It derives its name from a small vertical white horn-like plate found at the base of its bill.

What do Puffins eat?

Puffins are one of the few birds able to carry multiple small fish crosswise in their beaks, thanks to a unique hinge to their beaks, which allows the top half and the bottom half to meet at different angles, instead of slicing only straight up. The puffin’s rough tongue can hold the fish against the spine of the bird’s palate, while it opens its beak to catch more fish.

A puffin can dive for up to a minute, although they generally stay under for only about 30 seconds. While underwater, they steer themselves with outstretched wings, almost appearing to fly, while its feet act as a rudder. They can dive as deep as 60 metres.

Rhinoceros Auklets are known to also feed on krill and squid. They can stay underwater for as long as 2 ½ minutes.

What is the puffin’s social structure?

A group of puffins is known by a range of names – a colony, a puffinry, a circus, a burrow, a gathering, or an improbability.

Puffins are very social birds, forming immense colonies together. The largest documented colony is made up of Atlantic Puffins, located in the Westmann Isles, part of Iceland. In 2009 scientists estimated there were 4 million individual birds, with 1 million nests between them.

When aggravated, a puffin will puff itself up, spreading its wings and opening its beak and stamping its feet to make itself look more fearsome. In an actual fight, the two opponents will lock beaks and then beat at each other with their wings and feet.

In order to display that they don’t want to cause any trouble, a puffin passing a fellow puffin’s burrow will duck its beak down to its chest, moving rapidly past, indicating that it’s just passing through.

The puffin guarding its burrow will often have a soldier-like stance, standing erect, with its head down, making slow and exaggerated movements with its feet.

When a puffin first lands after flight it will often display another “I don’t want any trouble” stance – this time with one foot in front of the other and its wings wide open. This allows it to join the community and not be chased off of solid ground after a long flight.

How fast can puffins move?

Puffins flap their wings up to 400 times a minute when flying, making the wings a blur. They can achieve flying speeds of nearly 90km an hour.

Puffins mature sexually around 4 or 5 years old. The puffins’ famous brightly coloured beaks come into play during breeding season (April to August), then is shed after the season is over, revealing the duller “real” bill underneath.

Once paired off, puffins will generally stay with the same mate for life, returning to the burrow they dug together for subsequent mating seasons. The burrows are dug into soft soil, or are made from pre-existing holes in rocky shorelines. In some cases puffins have been known to commandeer rabbit burrows.

The male and female will rub their beaks together, a practice known as “billing.” Egg-laying season starts as early as April in more southern colonies, lasting into June for more northern groups.

Puffins lay one egg. If that initial egg is lost early enough in the breeding season, then sometimes a couple will produce another. The eggs are white, and both parents take turns incubating it with their brood patch – a patch of featherless skin on their underside that allows heat to be transferred.

The egg hatches somewhere between 5 and 8 weeks. The parents then take turns flying out to catch multiple fish to bring back to the baby, which is known as a “puffling.” Puffins are one of the few birds that bring food back whole instead of eating it and then regurgitating it into the baby’s mouth.

The baby is finally able to leave the burrow after 7 or 8 weeks.

How long do puffins live?

Puffins live for about 20 years in the wild. The oldest known puffin lived to be 36 years old.

How many puffins are there today?

Estimates vary from 3 to 6 million worldwide.

Do puffins have any predators?

The Great Black-backed Gull is the greatest predator Puffins face in the natural world. The Gulls are big enough to pick Puffins out of the air or their burrows. Fox and rats are further threats from nature. Herring Gulls don’t hurt the adult puffins themselves, but will often steal their food, sometimes right out of their beaks.

Humans have had a great impact on various Puffin colonies through the years. Puffins were (and still are) a source of food, and their skins, with feathers intact, were traditionally sewn together to make a waterproof cloak or coat. Overfishing and pollution have also taken their toll on Puffin colonies.

RVR20-22 At the end of a long Arctic winter, spring is starting to awaken. The climate, however, still clings to the cold: snow-covered mountains, snow-swept shores, temperatures around –4° C (25°F). It’s a good time to experience the last of winter scenery,...

HDSXa22 Search for whales, and other Arctic wildlife of the land, sea, and air on an adventurous voyage from our home port of Vlissingen to our favorite Arctic island group.

HDSXb22 Search for whales, and other Arctic wildlife of the land, sea, and air on an adventurous voyage from the Scottish port of Aberdeen to our favorite Arctic island group.

Show cruise
Up to 400 discount

JNS02a22 Search for whales, and other Arctic wildlife of the land, sea, and air on an adventurous voyage from our home port of Vlissingen to our favorite Arctic island group.

We have a total of
15 cruises 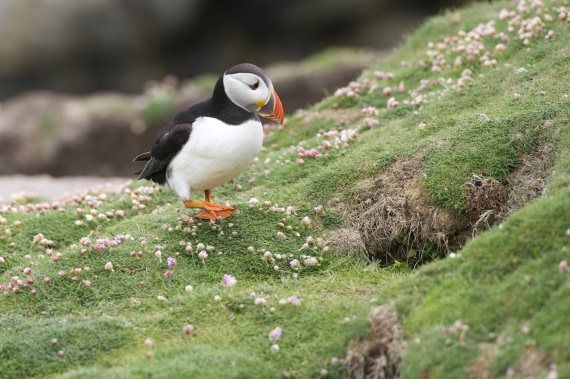 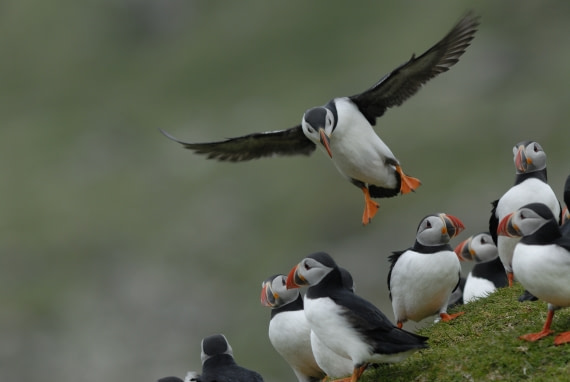 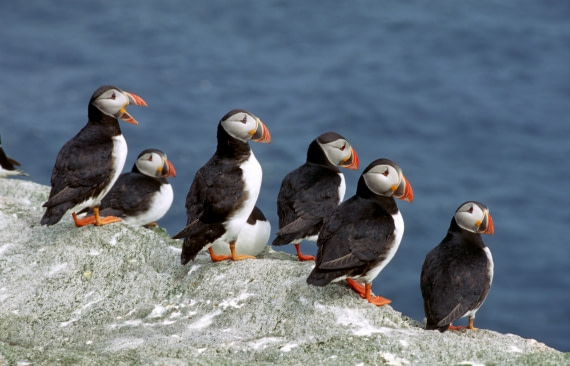