A remnant from the days of the dinosaurs, these cold-blooded herbivores cannot retract into their shells like many other turtle species

Length: 1.5 metres (including head and tail).

Location: Tropical and subtropical oceans worldwide. Atlantic subpopulation - as far north as Canada and Britain, as far south as the tip of South America and South Africa. Indian-Pacific population – South Alaska down through the south of New Zealand and Chile.

Diet: Adults are herbivorous, feeding on seagrasses and algae.

How do Green Turtles feed?

Green Turtles dive to consume algae and seaweed. When they surface they can expel the used air in their lungs and replace it with fresh air in a matter of seconds. Their oxygen distribution system allows them to withstand deeper water pressures without suffering blood gas effects.

How fast do Green Turtles swim?

Green Turtles swim about 1.5 km an hour. They can burst up to about 30 km per hour when evading predators.

Scientists are not sure about the age that Green Turtles reach before becoming sexually mature, but educated guesses suggest it may take at least 20 years, and perhaps up to 50, before a Green Turtle is ready to mate. Green Turtles usually have quite a distance to migrate from their feeding grounds to their breeding grounds – sometimes they’ll have to swim more than 2,600 km. Many of the turtles will return to mate at the same breeding grounds where they were hatched. Females mate every 2 to 4 years, while males return every year.

The mating season depends on the particular turtle’s location. For example, turtles in the tropics (the hottest zones) will possibly mate the year round, while other populations in cooler climes will mate from March through June. Some of the populations engage in polyandry – one female taking on more than one male mate. Females control the mating process in all the populations, granting males permission. The mating takes place in the water. Once impregnated, the female will climb up the beach past the high-tide line and dig a hole to act as a nest. She then lays anywhere from 100 to 200 eggs and buries them before returning to the water. The females may mate again, returning to create another nest. Some females may create up to 5 nests during a single mating season.

The sex of the unborn hatchlings is somewhat determined by how much heat is in the surrounding sand – lower heat produce more males, higher heat produces more females. Between 2 and 5 months later the eggs will hatch and the hatchlings instinctively make for the water. The hatchlings that successfully run the gauntlet of predators will spend anywhere between 3 and 5 years in the open ocean before settling into a near-shore lifestyle.

How long do Green Turtles live?

Green Turtles live on average up to 80 years in the wild.

How many Green Turtles are there today?

There are only very rough estimates of worldwide Green Turtle populations. The best guesses place numbers at 85,000 to 90,000 sexually mature females.

Do Green Turtles have any natural predators?

The only natural predator that mature Green Turtles need to be wary of are larger species of sharks. Juveniles and hatchlings face many more predators including crabs, birds, and mammals. 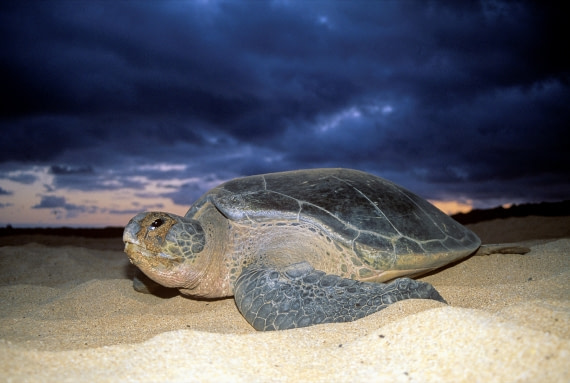 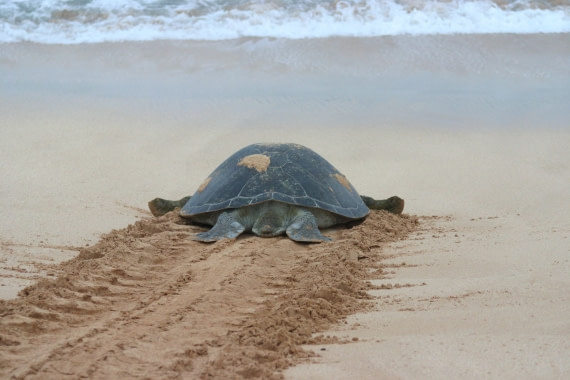 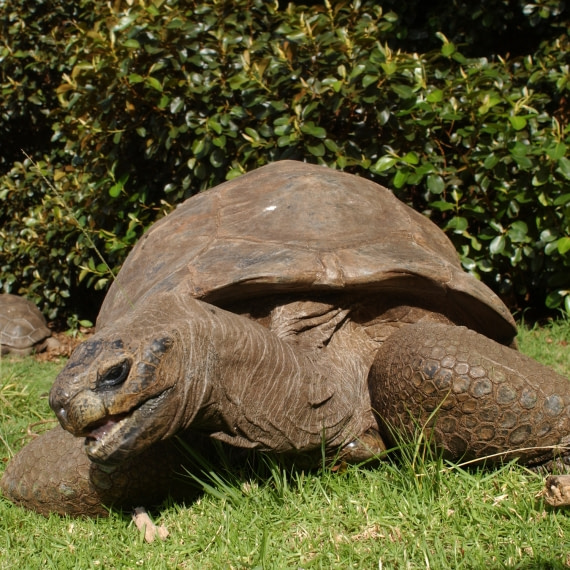