These feathered fish-eaters are among the planet's most southerly nesting birds, the "petrel" of their name deriving from Saint Peter for their seeming ability to walk on water

How do Antarctic Petrels feed?

Antarctic Petrels do most of their feeding while swimming; however they do sometimes also perform dives.

Antarctic Petrels tend to nest in densely packed colonies. In the off-breeding season they can be found in flocks of thousands resting on ice bergs.

How fast do Antarctic Petrels fly?

Antarctic Petrels usually fly at a rate of between 15 and 20 metres per second.

For the most part nesting sites are located on coasts or islands, although there are examples of colonies being as far as 250 km inland. The nests are built on rock faces or cliffs that are clear of snow. There are about 35 known colonies, the densest of them containing about 225,000 breeding pairs.

There are more females than males in the colonies. Therefore some females are unable to mate every season. In this case some of these females which did not breed will be allowed to join with a successful breeder to gain experience in raising the young.

One egg is laid towards the end of November. The incubation period lasts two months. Once the egg hatches the adults will take turns caring for the chick as the other goes off to forage. The chick fledges around the beginning of March.

How long do Antarctic Petrels live?

Antarctic Petrels live about 15 to 20 years.

How many Antarctic Petrels are there today?

Estimates place the Antarctic Petrel population at being between 10 and 20 million adults.

Do Antarctic Petrels have any natural predators?

Antarctic Petrel eggs and young are preyed upon by South Polar Skuas.

Show cruise
Up to 2450 discount

PLA24-22 The Antarctic Peninsula Basecamp cruise offers you a myriad of ways to explore and enjoy the Antarctic Region. This expedition allows you to hike, snowshoe, kayak, go mountaineering, and even camp out under the Southern Polar skies.

PLA25-23 The Antarctic Peninsula Basecamp cruise offers you a myriad of ways to explore and enjoy the Antarctic Region. This expedition allows you to hike, snowshoe, kayak, go mountaineering, and even camp out under the Southern Polar skies.

We have a total of
52 cruises 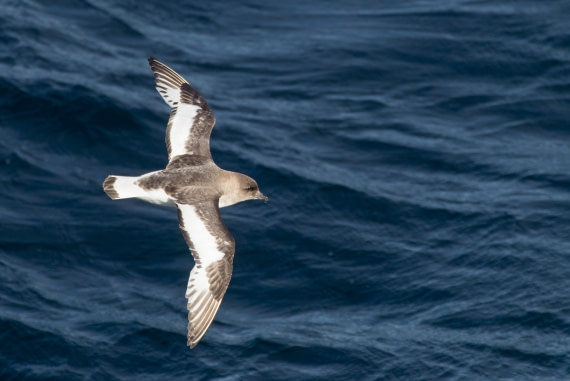