Situated in the northeast of East Falkland, Kidney Cove is one of only three places in the Falkland Islands where king penguins can be seen

The penguins and other bird life of Kidney Cove

Kidney Cove is the only place in the Falklands where four penguin species breed together: King, Rockhopper, Gentoo, and Magellanic. Other birds that might be encountered here are turkey vultures, the largest bird of prey on the Falklands, red-backed hawks, sooty shearwaters, white-chinned petrels, king cormorants, and Cobb’s wrens.

Just north of Kidney Cove lies Kidney Island, one of the few islands in the Falklands that is untouched by introduced animals like livestock, cats, and rats. Kidney Island therefore still has its original tussac grass vegetation. Tussac provides sheltered nesting sites for smaller bird species, such as Cobb’s wrens and tussock birds. Sea lions also use the tussac grass as a resting and breeding place.

The non-native animals of Kidney Cove

Introduced cattle, especially sheep, have devastated most of the tussac grass biotope in the area, killing off many of the smaller bird species. Extermination of introduced species and tussac replanting projects have since restored the biotope on some of the islands.

A great event that can be seen (and heard) in this area during the evenings is the return of the sooty shearwaters to their nests. These birds congregate offshore before dark, then return to their tussac grass burrows under cover of night to avoid predation by skuas. 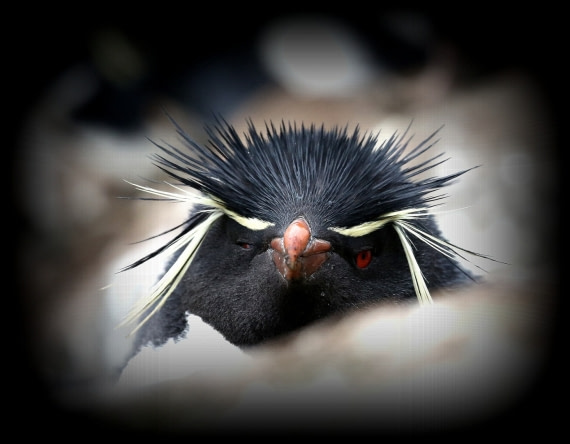