Home to some of the world’s most southern settlements, Beagle Channel is the first place biologist Charles Darwin saw glaciers

Most Antarctic travelers are familiar with the Beagle Channel, being one of the main ways to reach the continent by ship. Beagle Channel is a strait 240 km (150 miles) long, running through the Tierra del Fuego archipelago at the southern tip of South America and emptying into the Drake Passage, the gateway to Antarctica.

Thanks to the diversity of flora and fauna in Beagle Channel, it’s not uncommon for Antarctic travelers to see a decent selection of bird life and marine mammals there. Rare dolphins and pygmy right whales are sometimes even seen, along with Magellanic penguins.

A brief history of Beagle Channel

Some 10,000 years ago, the Yaghan people inhabited lands near the Beagle Channel, which was later (much later) named after HMS Beagle, the ship on which the first survey of the area was made. Charles Darwin spoke glowingly of Beagle Channel glaciers, saying, “It is scarcely possible to imagine anything more beautiful than the beryl-like blue of these glaciers…” 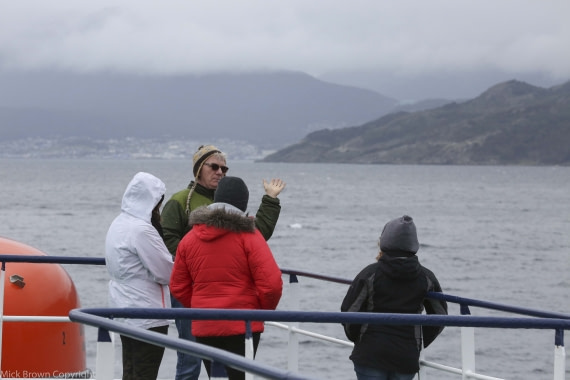