​Although officially south-Atlantic, the Falkland Islands surely have a sub-Antarctic appeal. The archipelago is a treasure-chest for Antarctica-minded nature lovers and photographers.

Furthermore not less than five penguin species are represented on the islands. Three of these species you will not find in Antarctica, the Rockhopper, the Magellanic and the King Penguin.

Because of the isolated location of the islands some a unique flora and fauna has developed. The dramatic cliff coasts, the white sandy beaches and the sheltered Tussock grass make excellent breeding grounds for numerous animal species.

Around 60 bird species regularly breed on the islands and also several endemic species can be found such as Cobb’s Wren and the Falkland Pipit. You may even encounter the rare and remarkably Striated Caracara, locally known as Johnny Rook. This inquisitive bird, that has the reputation of being the rogue of the bird world, hangs around bird colonies in search of eggs, chicks and even adult birds. 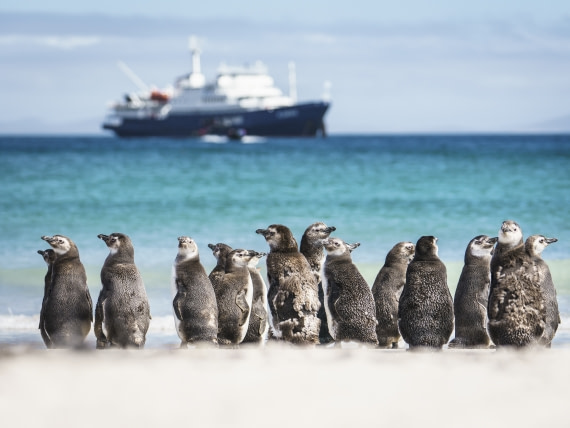