Nestled in the icy waters of Scoresbysund, the largest fjord system in Greenland and likewise the world, Danmark Island is one of the most fantastic hiking and cultural sites we attempt to visit during our east Greenland cruises.

Though mammalian wildlife is sparser on Danmark Ø than in some Greenland locations, you stand the chance to see red-throated divers, great northern divers, and on rare occasions even musk oxen here.

What makes Danmark Island truly unique, however, are its excellent hiking opportunities as well as its haunting and ancient Thule remains.

From Danmark Island into Scoresbysund

The decidedly Danish name of Danmark Ø comes from its first explorer, Carl Ryder, a Dane who from 1891—92 wintered on the island in order to launch his expeditions into Scoresbysund.

Aboard his vessel Hekla, Ryder drafted the first comprehensive maps of the Scoresbysund fjord system, one of the polar accomplishments for which he was most known.

Due to its advantageous position, Danmark Ø remains a fine location from which to explore the numerous wonders of the enchanting Scoresbysund. 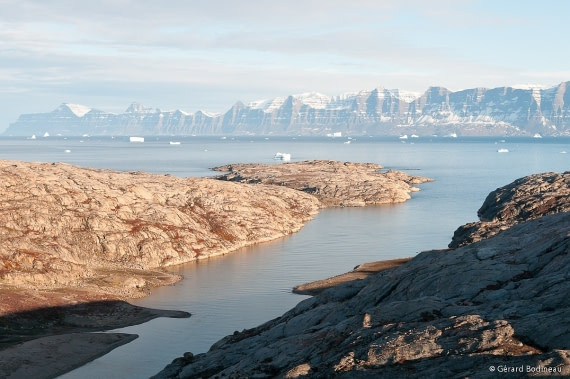