A Rare Convergence of Possibilities - Crossing the Drake Passage

During an unusually calm crossing of the Drake Passage Andrew - the Expedition Leader - asked the Captain if it was possible to do a zodiac cruise. To Andrew’s delight, and then ours, the Captain gave his nod.

Our Antarctica cruise was heading back to the Port of Ushuaia after an amazing experience in our southern-most continent. The weather co-operated very well making for amazing vistas above and below the water. As well, there were plenty of sightings of whales, orcas, penguins, birds, and seals. The ship departed Antarctica the night before and on an unusually calm crossing of the Drake Passage when the voice of Andrew, the Expedition Leader, comes over the public address system in the middle of the afternoon. Typically, Andrew would do the wake-up call, or announce scheduled activities, or announce with his polite Australian excitement that humpback whales were breeching just off the bow.   This announcement was different: it wasn’t scheduled, it wasn’t specific, with the only information that he wanted to speak to all of us together in the lounge—in 15 minutes.  So, I make my way to lounge with a piqued curiosity.

The lounge was busy with the rest of the passengers, waiting to hear the announcement. Andrew entered the lounge and told us since the Drake was so calm, he asked the Captain if it was possible to do a zodiac cruise. To Andrew’s delight, and then ours, the Captain gave his nod. This all sounded surreal to me. For weeks I was preparing for swells of ten meters and I had all the medications and back-up medications packed, but now we are doing a zodiac cruise? Unbelievable! With the rush of excitement inside me, I was like a kid captivated and listening to every word about how things are to be completed to make this happen. There was a plan and I was going to be ready.

A Sea of Opportunity

I was in the second zodiac loaded up to cruise the Drake Passage. What seemed to be calm water while on the ship definitely had a different perspective when on a zodiac with fellow passengers. With blue water all around and swells where I felt isolated from the ship, it seemed that nothing could be found out here. We were small and insignificant. Nevertheless, the zodiac cruise was exhilarating in the presence of its rarity. Then, here on the waters of the Antarctic Convergence, we could hear the exclamation from Simon, a member of the expedition crew and wildlife identification guru, exclaiming with much delight the appearance of an Emperor Penguin. 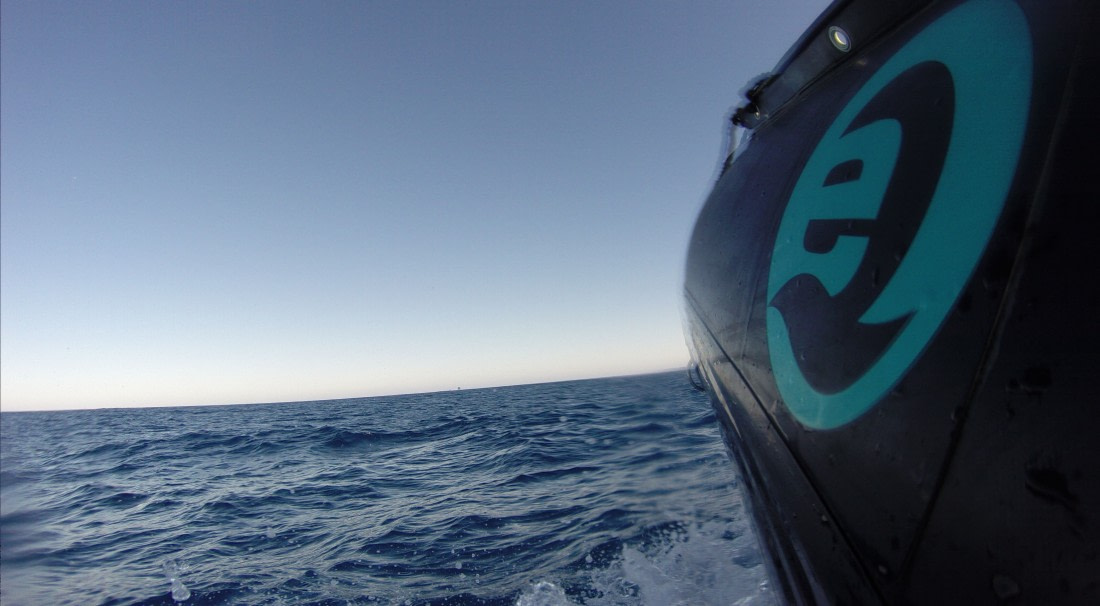 On the Zodiac Cruise - © Alan Keller

The Emperor Is Here

In no way did I think that seeing an Emperor Penguin was possible for any part of the trip, period. Gentoo, most definitely yes, and I was fortunate enough to see two Chinstrap Penguins. In those precious, precious moments, our eyes and ambitions were set on observing what is deemed the “head of the penguin hierarchy”.  One-by-one, the zodiacs would arrive. The Emperor would have his head up, make a call, then duck his head in the water.  He would do this a few times then dive—making an appearance a hundred meters or so away only to be followed by the zodiacs. Fortunately, I had my camera with me in its waterproof housing. I was also the only one with a camera in a housing on our zodiac, so the other passengers were gracious enough to allow me to move about the zodiac to get the best perspective as the zodiac rotated around on the surface from the wind.

The Emperor Penguin is fast.  It was hard to tell if he would just duck his head or go for a dive.  I was positioned well to take the video of the Emperor if he were to dive, but then the boat started to rotate.  Fortunately, my friend was on the other side of the zodiac and I passed my camera to him just as the Emperor was about to dive. He put it underwater for was seemed an eternity and pulled it back out.  He confessed that he didn’t know if he got it, but knowing my camera’s wide field of view, I was pretty he sure he did. The rest of the zodiac cruise was euphoric just in the possibility of capturing an Emperor diving. I took in the experience of the rest of the cruise, but in the back of my mind I couldn’t help but wonder what was on my camera.

The Adventure of a Lifetime

When we got back to the ship, I went back to my cabin and downloaded the video along side my friends. The Emperor Penguin doing the dive was captured!  High fives all around! Just when the adventure could not get any better, it already had! The three hours that elapsed from when Andrew called us into the lounge for his announcement to when we were back on the boat was a microcosm of the operation that was the entire expedition. Collaborative and coordinated, planned and prepared, yet pragmatic and spontaneous to seize a moment that in itself was serendipity. Thank you to the staff and crew at Oceanwide Expeditions. The expedition is one I will never forget.

PLA30-21 The Antarctic Peninsula Basecamp cruise offers you a myriad of ways to explore and enjoy the Antarctic Region. This expedition allows you to hike, sno

We have a total of
45 cruises