Spending all but the breeding season out to sea, these sole claimants of the genus Halobaena dash across the water to gain speed before liftoff

How do Blue Petrels feed?

Blue Petrels are divers, diving as deep as 6 metres. They also feed by dipping while swimming. They can sometimes be found tracking whale movements as the whales will drive prey fish towards the surface of the water, making it easier for the birds to catch them.

How fast do Blue Petrels fly?

Blue Petrels usually fly at a rate of around 11 metres per second.

The Blue Petrel breeding season begins around the middle of September. They are monogamous. The nests are burrows dug into tussocks.

One egg is laid sometime in October. The parents take turns incubating the eggs for around 50 days. The hatchling will fledge after another 55 or so days.

How long do Blue Petrels live?

Blue Petrels live for about 20 years.

How many Blue Petrels are there today?

Do Blue Petrels have any natural predators?

Blue Petrel eggs and young are targeted by Skuas. They can also be preyed upon by rats and cats depending on their breeding location.

We have a total of
59 cruises 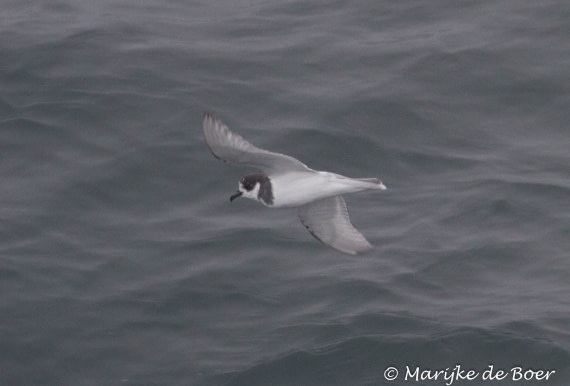