Adélie penguins in the Ross Sea

The Adélie penguin population you might see during your Antarctica cruise in the Ross Sea is reported to be the highest in 30 years with up to a million Adélie penguin pairs breeding in the Ross Sea region over summer. This population makes up approximately 38 percent of the entire Antarctic Adélie population. Research conducted by Landcare Research scientists Dr Phil Lyver and Dr Mandy Barron, Antarctic New Zealand and Bartonk Solutions found that Adélie penguin colonies on Ross Island in the Ross Sea have steadily increased on average by 6 percent annually since 2001, after having declined around 2 percent per annum in the 1980s and 1990s. 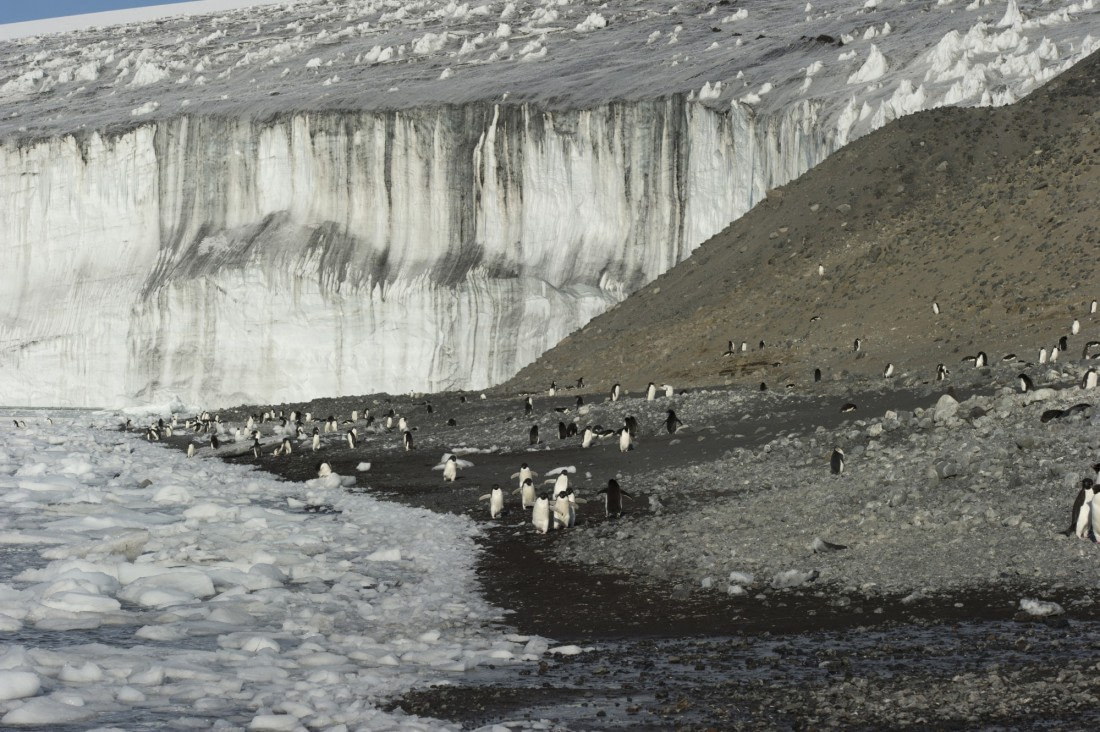 The importance of monitoring Adélie populations

In addition, scientists also choose Adélie penguins as they are the easiest Antarctic predator to monitor as they breed over the summer period so they are easy to monitor during 24-hour daylight and they breed on land at the same location every year unlike whales and most seals that breed at sea or on pack ice.

How to count Adélie penguins

To monitor Adélie populations, scientists are comparing the reproductive and foraging activities of penguins nesting at three colonies on Ross Island.

Since 1981, scientists have been counting the number of Adélie breeding in the colonies. The penguins are counted through aerial reconnaissance photography of the populations from a helicopter of C130 Hercules. Photography is carried out in late November or early December to coincide with the incubation phase of breeding where one bird is incubating while its mate is at sea feeding. This enables scientists to develop an accurate count of breeding pairs and establish baseline data on population trends.

As Adélie penguins nest in colonies of up to a million birds there is competition with other penguins for breeding space, food and partners. These ‘social’ factors interact with physical factors (e.g. food availability) to determine how successfully a bird will breed.  To measure the social impacts, scientists fit individual penguins with metal bands that are fitted around the left flipper. Each ban has an individual number that can be read from a distance of 20 metres. Banding of individual penguins enable scientists to permanently identify individual penguins and track the fate of each bird to investigate survival, lifespan, age of first breeding, mate choice, breeding site of choice, the age of the penguin if it was banded as a chick, extent of migration between colonies, the age-structure of a colony.

Scientists also measure breeding success by sampling the condition of chicks through the colonies. Each chick is removed from the nest site by hand during the guard stage of caught with a net during the crèche stage and put into a bag for weighing. The flipper is measured and the chick released. A chick condition index is calculated to determine how well the chicks are growing and compare chick conditions between colonies and years.

The Adélie penguin study also investigates parental foraging efforts with scientists fencing off a group of 50 breeding pairs from the rest of the colony. The only way in or out of this area is over an electronic weighbridge. Each breeding penguin has a small tag injected under the loose skin around the neck which acts like an individual barcode. Each time the bird crosses the weighbridge sensors read the tag, weigh the bird and record the direction of travel (entering or exiting the colony). This information is then used to measure how long the birds spend at sea feeding, how much food is brought back for the chicks, the frequency of feeding trips and any sex differences in breeding and foraging behaviour. 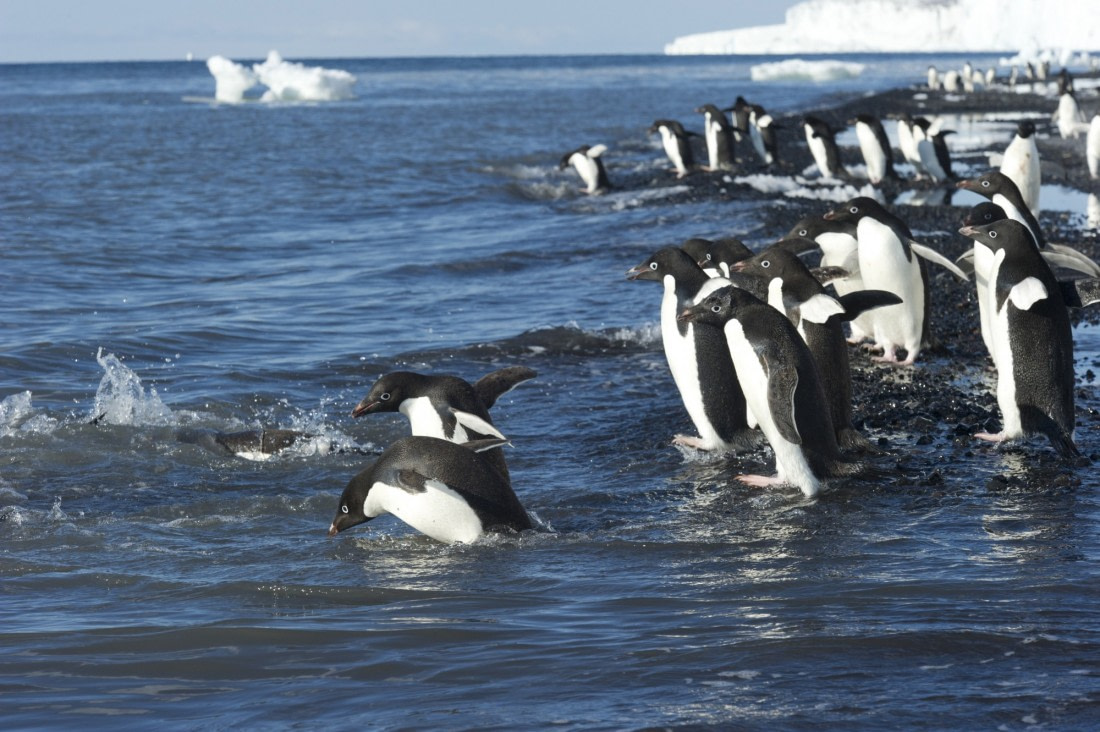 In addition to the tags, scientists are using time depth recorders, satellite tags and transmitters to find out what Adélie penguins are doing while at sea. Stream-lined, battery-powered, transmitting devices are temporary attached to the feathers on a penguin’s back with sticky tape. These devices give out an electronic pulse around 55 times per minute with loudness of the beeps from the receiver indicating the direction and closeness of penguin. Signals can be used to determine in particular behaviour at sea, with no beeps indicating the penguin is diving, constant beeps between 10-20 seconds show aerobic recovery between dives, constant beeps means the penguin is resting on ice, and intermittent beeps indicating the penguin is swimming. Signals can also determine location at sea and this is done by triangulation with 2 or 3 people up to 100 kilometres apart attempting to fix the transmission location of the penguin. Location data provides the size of the foraging area, any overlapping of feeding areas of adjacent colonies and distance to feeding grounds.

The question is what is driving the annual variation and increases in colony size. Adélie penguins generally thrive in areas of intermediate sea-ice concentration – around 15 percent ice coverage is ideal – as they need ice for resting but not so much that individuals only have a limited number of cracks close to the colony to forage through or use more energy to walk greater distance to open water. With rising sea temperatures scientists are concerned that around 75 percent of Adélie penguin colonies (70 percent of the breeding population) in Antarctica will decrease or disappear by 2050. These declines are projected to occur in colonies located north of 75°S. However, Ross Island colonies are south of 70°S.