35 photos of trip
in the gallery »

Itinerary
PLEASE NOTE: All itineraries are for guidance only. Programs may vary depending on ice, weather, and wildlife conditions. Landings are subject to site availabilities, permissions, and environmental concerns per IAATO regulations. Official sailing plans and landing slots are scheduled with IAATO prior to the start of the season, but the expedition leader determines the final plan. Flexibility is paramount for expedition cruises. The average cruising speed for our vessel is 10.5 knots.

Your voyage begins where the world drops off: Ushuaia, Argentina, said to be the southernmost city on the planet, located on the far southern tip of South America. Starting in the afternoon, we embark from this small resort town on Tierra del Fuego (nicknamed “The End of the World”) and sail the mountainous Beagle Channel for the rest of the evening.

Today we are en route to South Georgia. After passing the Antarctic Convergence, which is a natural boundary formed when north-flowing cold waters collide with warmer sub-Antarctic waters, we enter the circum-Antarctic upwelling zone. Not only does the marine life change, the bird life changes, too: A variety of albatrosses and petrels show up, along with Cape pigeons and southern fulmars. On clear nights, you can observe the stars of the southern sky as well as the Magellanic Clouds, the small neighbors of our own galaxy.

Our aim today is to visit some of the world’s top king penguin rookeries. This time of year you have a good chance of seeing these animals nesting on eggs, with their chicks nearby. The rookeries are sometimes overflowing, with penguins traveling to and from the beach.

Possible visits in this region include:

Prion Island – This is a great location to watch for wandering albatrosses.

Grytviken – We also have the opportunity to check out this abandoned whaling station, where king penguins walk the streets and elephant seals lie around like they own the place – because they basically do! You might also see the South Georgia Museum as well as Shackleton’s grave here.

Cooper Bay – This is a fine place for a Zodiac cruise, and this bay also houses a rookery of macaroni penguins. King penguins, pintails, and giant petrels may also appear here.

Moltke Harbour – Located in Royal Bay, this scenic spot gives you the chance to see the huge king penguin colony that lives here. This bay was also the site of the astronomical station where a German expedition using the vessel SMS Moltke observed the Venus transit in 1882.

A pleasant tailwind often accompanies the vessel through the westerlies, and on both sides of the Antarctic Convergence, you might see large numbers of Antarctic and sub-Antarctic seabirds. If the conditions are right, you can also observe the stars changing position as we travel north.

Day 12: The quest continues at the great Gough Island

Today we plan to approach Gough Island for a Zodiac cruise in Quest Bay, if the weather permits. Here you might see northern rockhopper penguins and sub-Antarctic fur seals. In previous years, it has been possible for us to circumnavigate most of Gough Island’s 33-mile circumference, taking in this area’s splendid scenery and abundant wildlife.

The remote islands of Tristan da Cunha are famed for their plentiful bird populations, which include rockhopper penguins, several species of albatross, petrels, skuas, terns, and many others. Our goal during this stage of our voyage is to visit the small settlement on the west side of the main island, but we might also land at Seal Bay on the south side of Tristan da Cunha or at Sandy Point on the east side.

In these stunning locations, you could encounter such exotic wildlife as yellow-nosed albatrosses and sub-Antarctic fur seals, all while exploring a rarely visited spot. We also intend to land at Nightingale Island and Inaccessible Island, both of which offer great views of beautiful seabirds ranging from yellow-nosed albatrosses to brown noddies.

Two days are reserved at Tristan da Cunha in case of bad weather, but please remember that nature determines our itineraries here: Since beginning the Atlantic Odyssey cruise in 1998, adverse weather led to the cancellation of 35% of Tristan da Cunha landings. If we have to divert for safety reasons, we will find good alternatives.

Seabirds and dolphins often follow our vessel in this area, where you may also be able to see how the constellations are changing again. As we sail, the northern constellations start to appear while the Magellanic Clouds sink low to the horizon.

After we land at Jamestown on Saint Helena Island, you will have the opportunity to enjoy the area’s local culture, pleasant climate, and endemic bird life. You can pay a visit to Longwood House, where Napoleon died in exile; walk the 699-step Jacob’s Ladder, if you’re feeling ambitious; or snorkel the shallows offshore, seeing multitudes of tropical and subtropical fish. We also plan to visit the location where English astronomer Edmond Halley observed the southern sky, describing nearly 400 stars and their constellations during the 17th century.

Please note: You have the option to disembark and fly home from Jamestown, if flights are available. In the evening, we will depart for Ascension Island and Praia, Cape Verde, where you can also disembark. Make sure to book voyage JNS35-23 if you want to fly out from Praia.

During the voyage described above, we will travel in both the Southern and Northern Hemispheres, assembling on the aft deck to observe how stars and constellations change as we travel north. Southern constellations like the Southern Cross, with its so-called “jewel box” of stars, will be visible if the weather permits. We might also see the large globular cluster, Omega Centauri, as well as the Magellanic Clouds, which are “satellite clouds” of our own galaxy, first reported by Portuguese explorer Ferdinand Magellan in 1521. 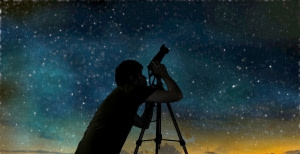 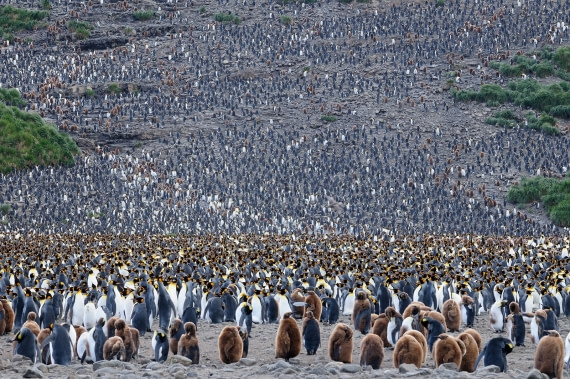 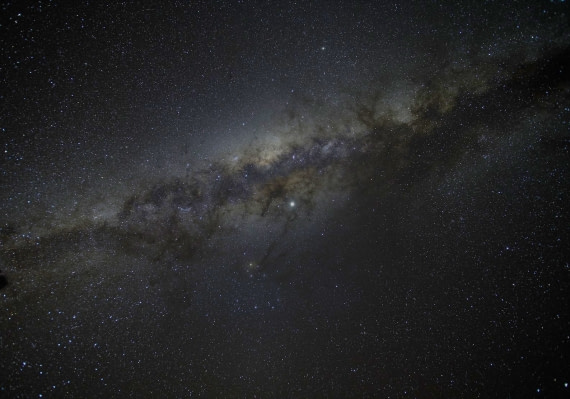 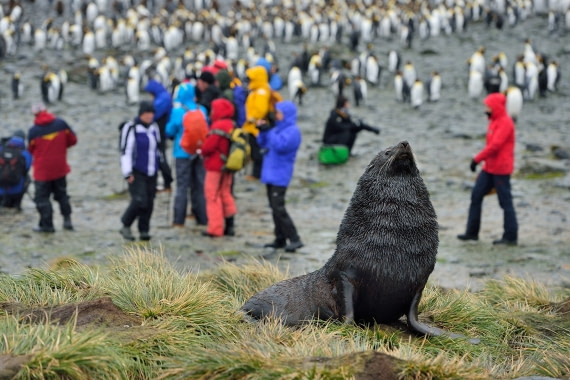 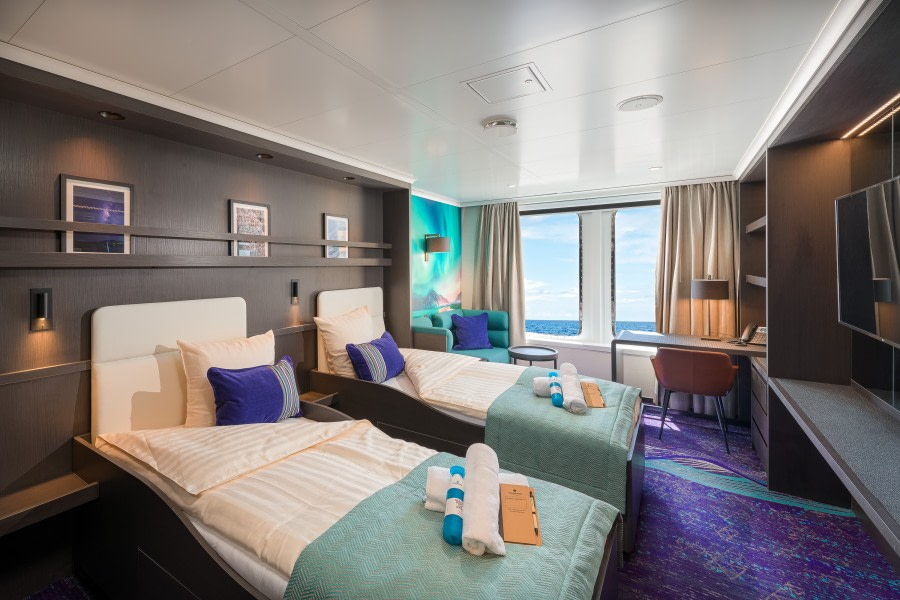 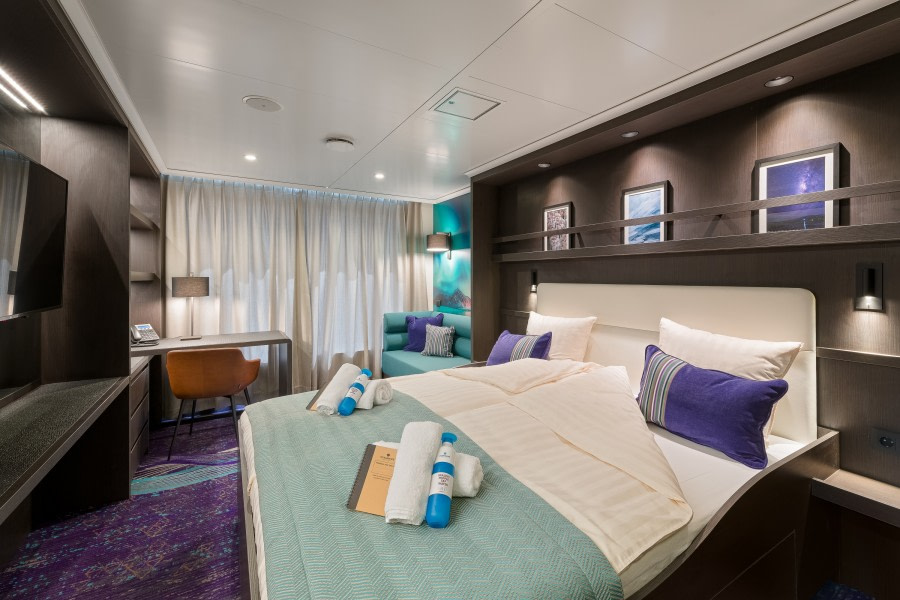 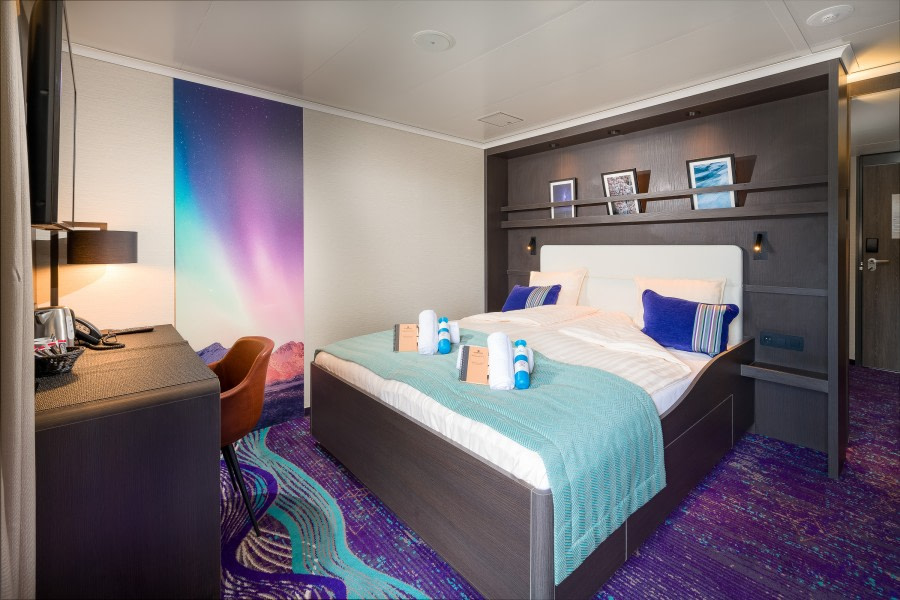