29 photos of trip
in the gallery »

This cruise delivers you to wondrous landscapes found in one of the harshest environments on Earth. The great star-actors of Antarctica are the penguins and in total seven species could appear before your very own eyes.

Sites you may visit include:
Danco Island – Activities here may focus on the gentoo penguins nesting on the island, in addition to the Weddell and crabeater seals that can be found nearby.

Neko Harbour – An epic landscape of mammoth glaciers and endless wind-carved snow, Neko Harbour offers opportunities for a Zodiac cruise and landing that afford the closest views of the surrounding alpine peaks.
Paradise Bay – You may be able to take a Zodiac cruise in these sprawling, ice-flecked waters, where there’s a good chance you’ll encounter humpback and minke whales.

Pléneau & Petermann Islands – If the ice allows it, you could sail through the Lemaire Channel in search of Adélie penguins and blue-eyed shags. There is also a possibility you’ll encounter humpback and minke whales here, as well as leopard seals.

Port Lockroy – After sailing through the Neumayer Channel, you may get a chance to visit the former British research station – now a museum and post office – of Port Lockroy on Goudier Island. You may also be able to partake in activities around Jougla Point, meeting gentoo penguins and blue-eyed shags.
At the nearby sites, such as Damoy Point there may be the opportunity for snowshoeing to the old ski-way, this is also one of our favourite camping sites.

Wilhelmina Bay & Guvernøren  – This is a great place to spot humpback whales. You also may embark on a Zodiac cruise ending at the ghostly wreck of the Guvernøren, a whaling vessel that caught fire here in 1915. Around the Melchior Islands, amid a frozen landscape peopled with icebergs, you may encounter even more whales, leopard seals, and crabeater seals. 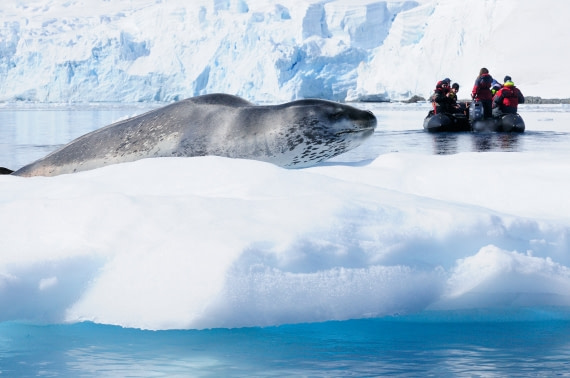 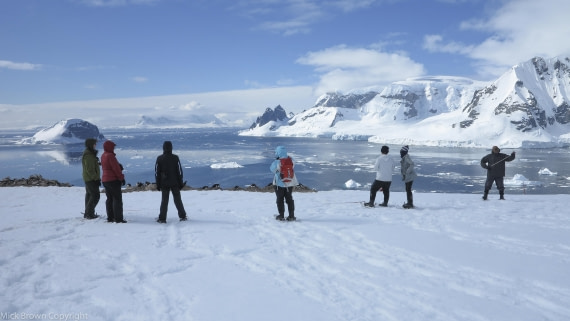 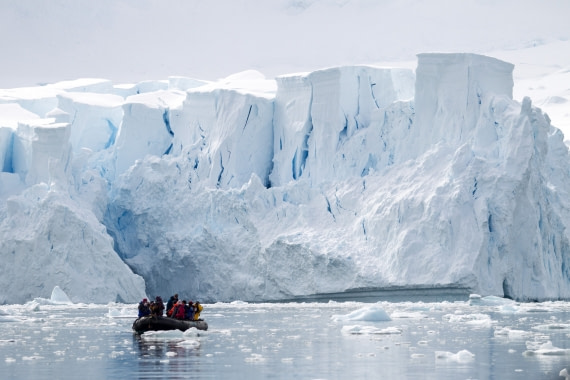