When it comes to pure Antarctic beauty, Paradise Bay remains the unrivaled champion. Mammoth glaciers spear out of the steel-blue sea, icebergs that have run aground lie shattered over the rocks like pulverized cathedrals.

The water is thick with ice floes and whales, gentoo penguins and crabeater seals. The whole scene looks like the fantastic sculpture of some all-powerful ice spirit. Paradise Bay is located just north of the Lemaire Strait.

Some Background on Paradise Bay: 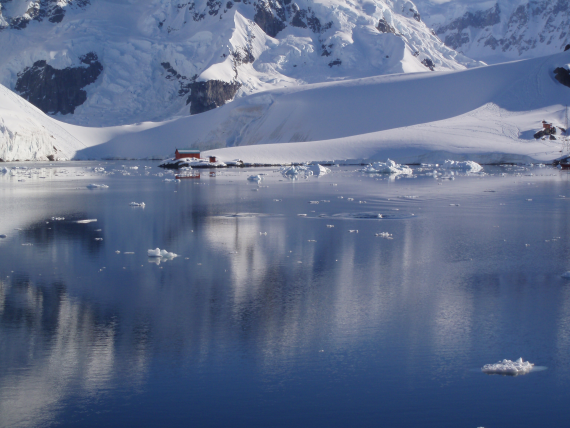