The hares, birds, and geological blossoms of Blomsterbugt

Blomsterbugt, also known as Blomster Bugt or Flowers Bay in Danish, is one of the locations we seek to visit during our voyages of the east Greenland coast.

This deep Arctic destination is known for its Arctic hare population as well as the great northern divers (and their young) that gather around Blomsterbugt's nearby lake.

In fact, many visitors consider the Blomsterbugt plains to be one of the most picturesque areas in all Greenland, combining startling blues, glowing golds, blazing reds, and verdant mossy greens.

Explore fjords, glaciers and wildlife in this landscape of ice and rocks

JNS09x23 Join us on an adventurous Arctic voyage through the fjords of Greenland. You will visit areas that are home to seals, whales, and musk oxen. 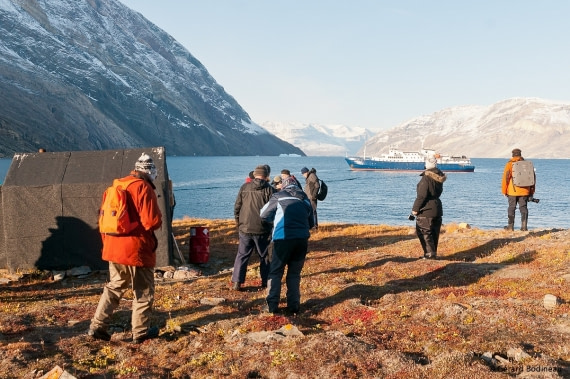