The Birds of Jan Mayen

The Birds of Jan Mayen cruceros

Jan Mayen and its sundry seabirds

Glaucous gulls, northern fulmars, kittiwakes, little auks, and Atlantic puffins are some of the prime breeding pairs of seabirds you may see during a visit to the volcanic island of Jan Mayen. You might also spot different species of guillemot, including black guillemots and Brünnich’s guillemots. Named an Important Bird Area by BirdLife International, Jan Mayen is one of the stops we attempt to make during our Svalbard voyages and is for good reason a favorite among birdwatchers.

The distinguishing features of Jan Mayen

The island of Jan Mayen is composed of two distinct areas linked by an isthmus. The southwestern part of the island, known as Sør-Jan, is relatively flat and narrow compared to the rest of the island, and with less glaciation. The Jan Mayen meteorological station, radio communication center, and living quarters are located in the southwestern portion, along with the island’s one unpaved airstrip, Jan Mayensfield. The northeastern reach of the island, called Nord-Jan, is distinguished by its large ice-capped volcano, Beerenberg, which measures 2,277 meters (7,470 feet) tall.

The world’s most northern above-ground active volcano, Beerenberg is likely the first thing you’ll see as you approach to Jan Mayen. Its name translates from Dutch to “Bear Mountain” due to the many polar bear sightings by 17th century Dutch whalers, who used Jan Mayen as a whaling base in the early part of that century.  In 1921 the League of Nations gave Norway jurisdiction over Jan Mayen. Since then it has been the site of WWII activity and witnessed three Beerenberg eruptions, in 1970, 1973, and 1985.

7 photos of The Birds of Jan Mayen
dentro la galería » 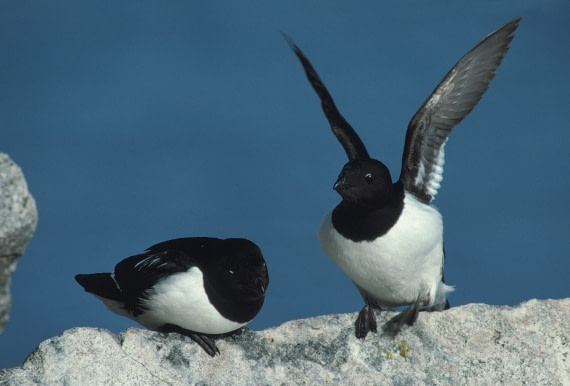 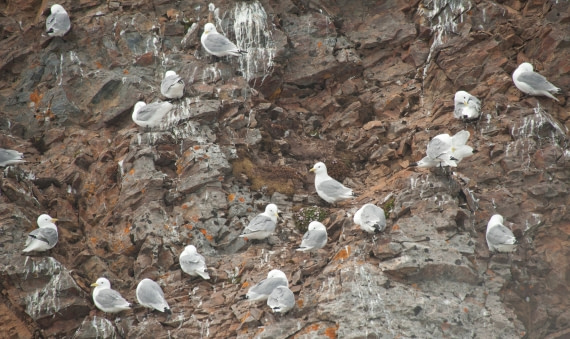 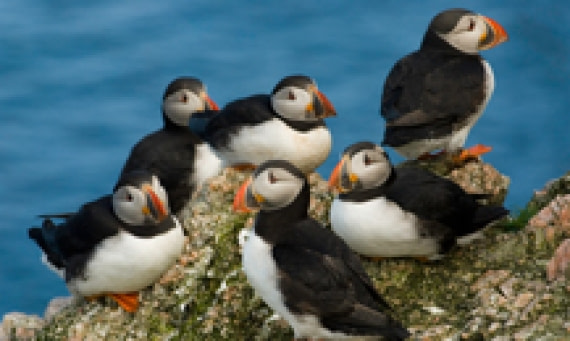