Some are funny, some unfortunate, some are so far from the truth it’s hard to see how anyone believed them.

Myths, mistakes, and misconceptions about Antarctica

Antarctica has given rise to some pretty far-fetched rumors.

Some are funny, some unfortunate, some are so far from the truth it’s hard to see how anyone believed them. But when you’re a seldom-visited continent at the southern tip of the planet, speculation about you tends to run wild. 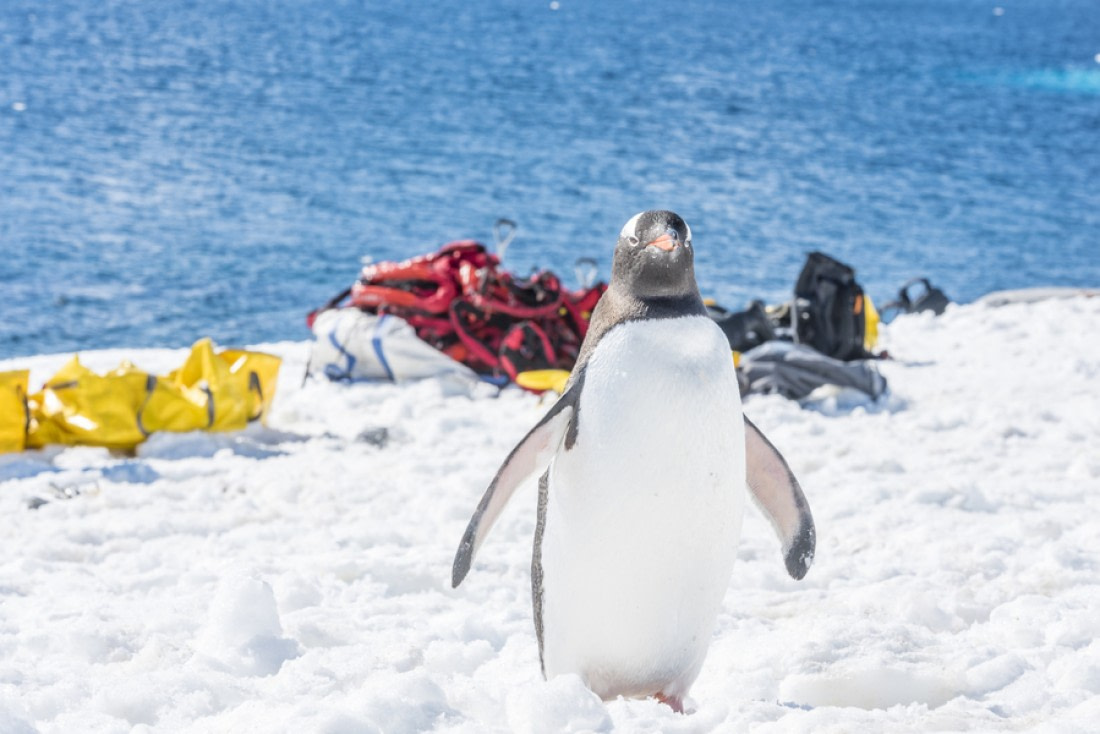 So, just as we did with our Arctic Misconceptions blog, we’ve gathered here a few of the more common Antarctic myths with the purpose of setting these inaccuracies straight. The facts thoroughly reveal Antarctica to be even more legendary than the legends claim.

1. Penguins are the only birds in Antarctica

Far from it. Antarctica and the sub-Antarctic are actually known for their birds and seabirds. 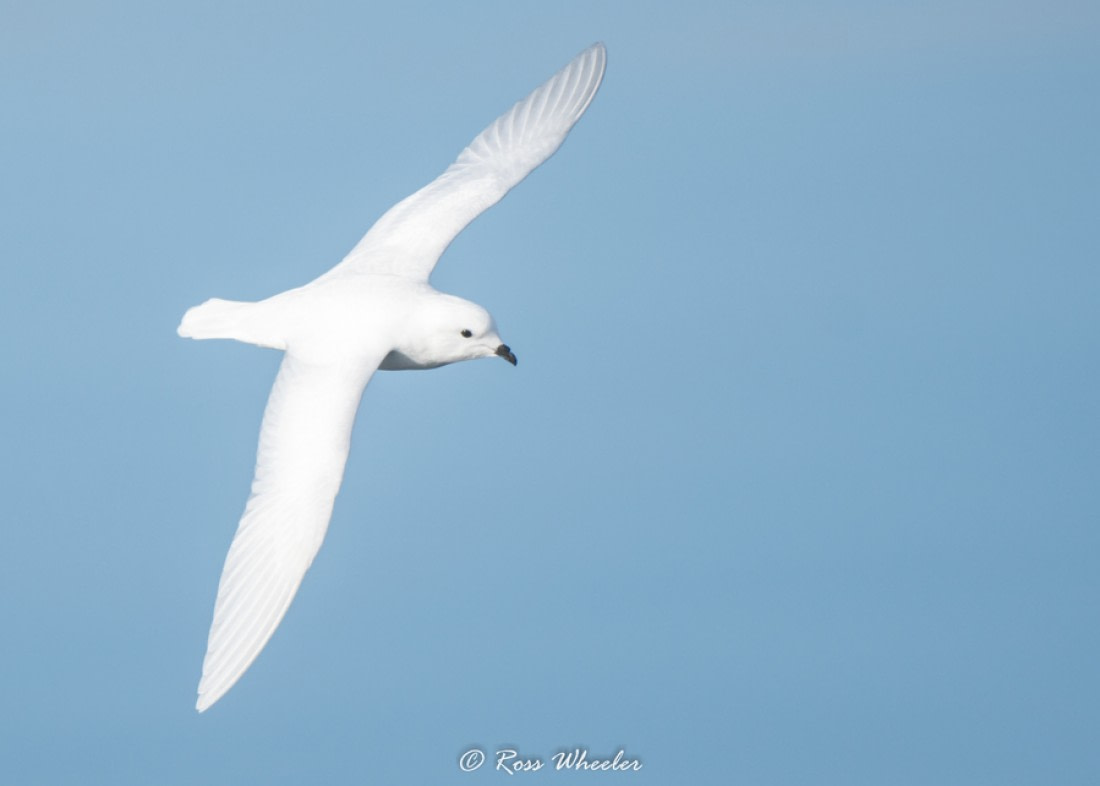 The eight penguin species of the Antarctic and sub-Antarctic might be some of the most recognizable seabirds in the area, but they’re far from alone. 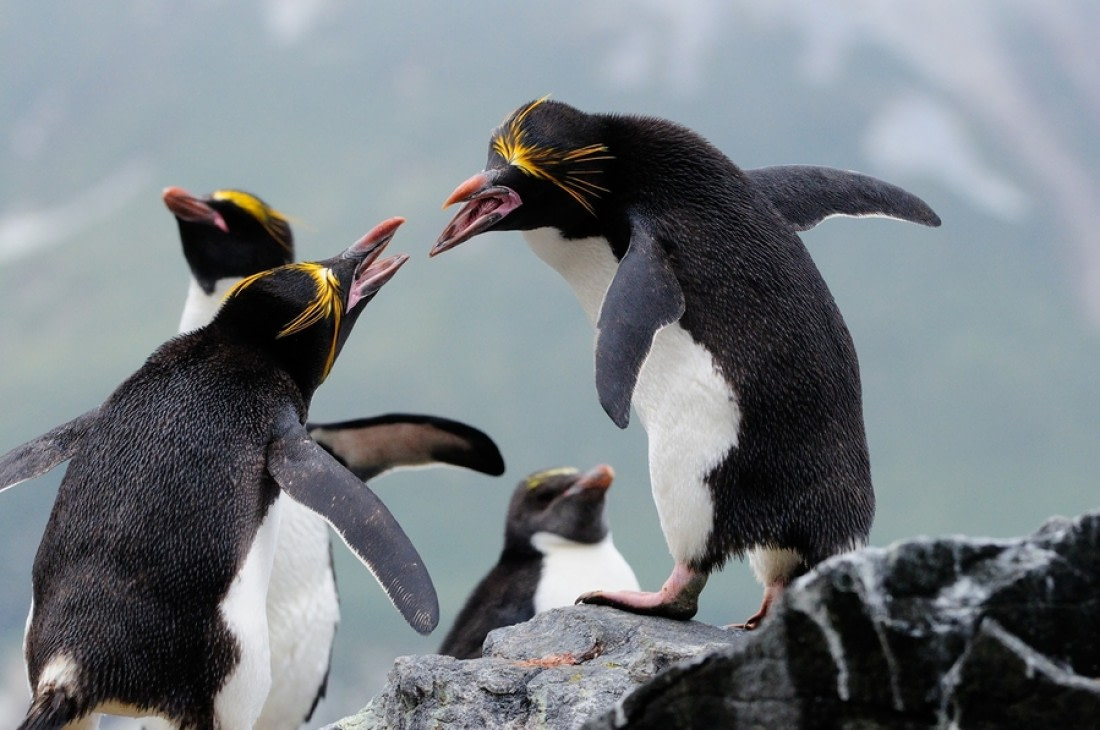 Indeed, there are so many birds in this region that we’ve written a dedicated article, Birds of the South, covering the 33 major birds and seabirds of Antarctica and the sub-Antarctic islands. It is the ultimate online guide to the winged wildlife of the far-far south.

2. Antarctica is only for scientists

We wouldn’t be in business very long if this were the case.

Tens of thousands of polar travelers visit Antarctica each year, and this number has grown steadily since 2011 as wildlife-centered expedition travel becomes more popular. 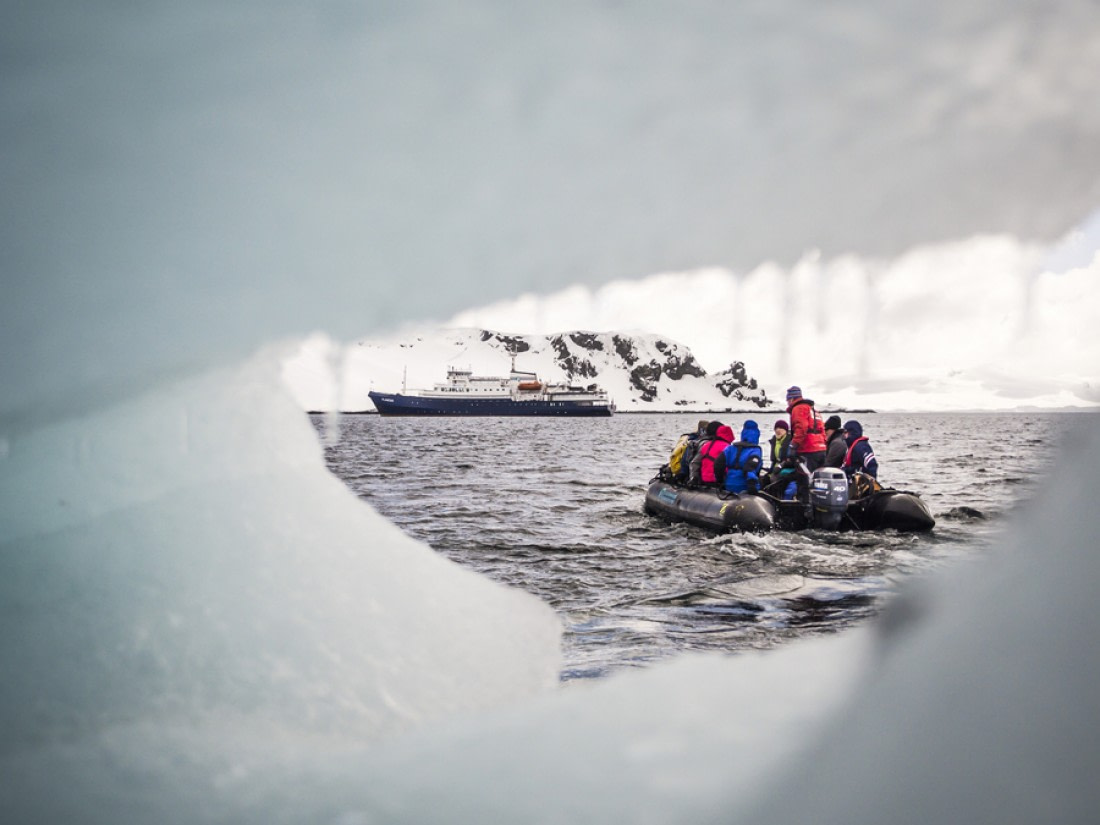 The only truth to this Antarctic misconception comes from the scientists working for extended contracts in Antarctica’s many research bases. These Antarctic stations, such as McMurdo and Cámara, often house scientists studying glaciology, climatology, and biology.

3. It’s too cold to travel in Antarctica

While it is cold in Antarctica, it is hardly prohibitive – and it certainly hasn’t stopped the tens of thousands of travelers we mentioned above from enjoying this adventurous region. 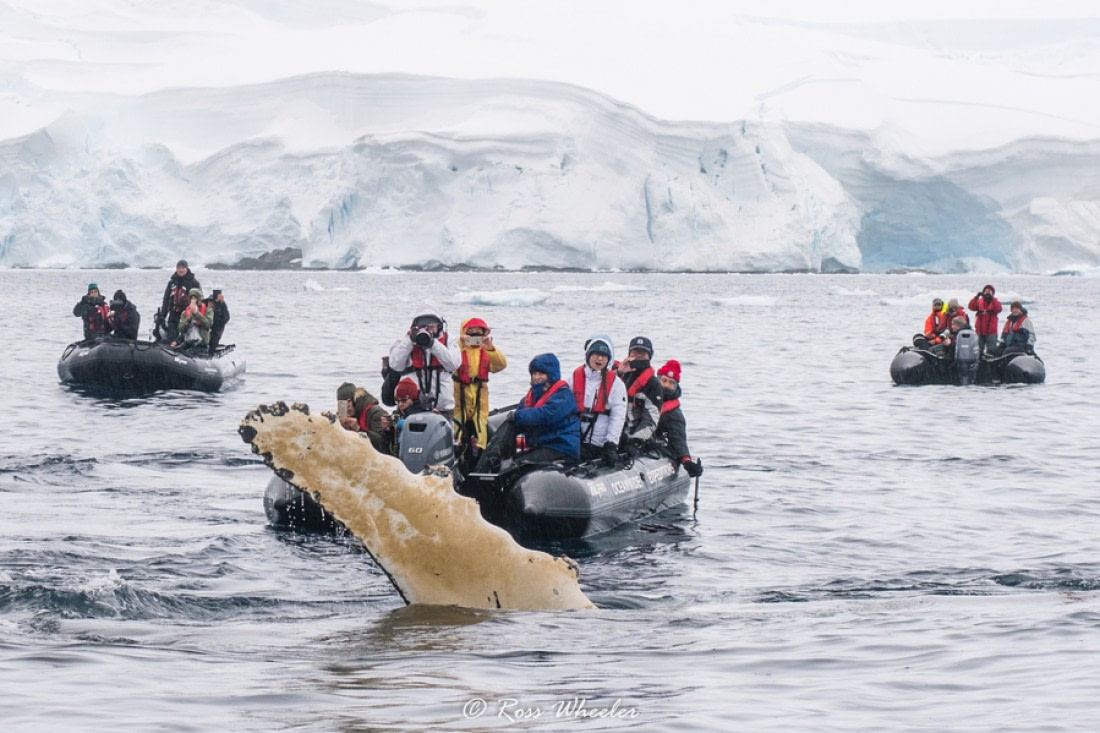 Antarctica is colder than the Arctic, averaging temperatures of -15°C (5°F) to 2°C (36°F) during the Southern Hemisphere summer. Some areas also have katabatic winds, a drainage wind that drops from a higher elevation and carries high-density cold air downhill.

These lower temps and higher winds can combine to make some Antarctic days unseasonably cold. But just dress well and bring your sense of adventure, and you’ll be fine.

4. Antarctica is nothing but snow and ice

This is an unfortunate Antarctic myth. True, Antarctica has snow and ice in spades. But that’s far from the whole story. And it is the polar regions, after all! 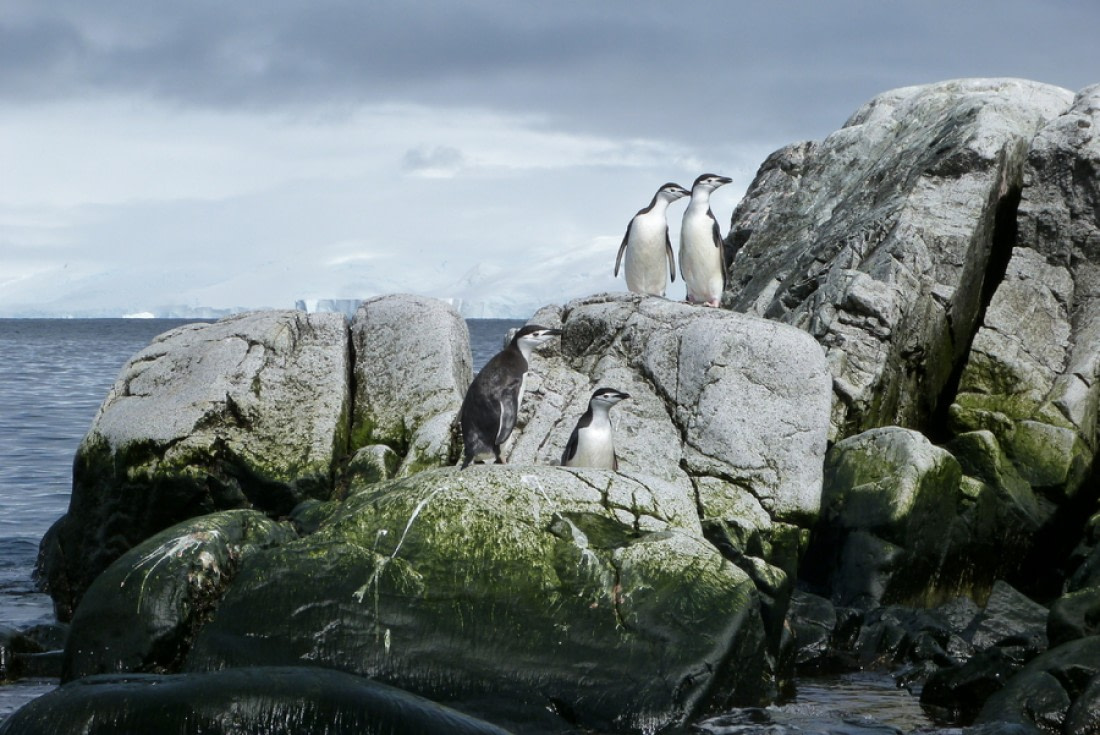 Colossal glaciers, beautiful icebergs, and endless fields of snow are not all you’ll see. In addition to the enormously diverse wildlife, there are countless snow-capped mountains, innumerable sky-blue bays, and loads of dramatic polar coastline. 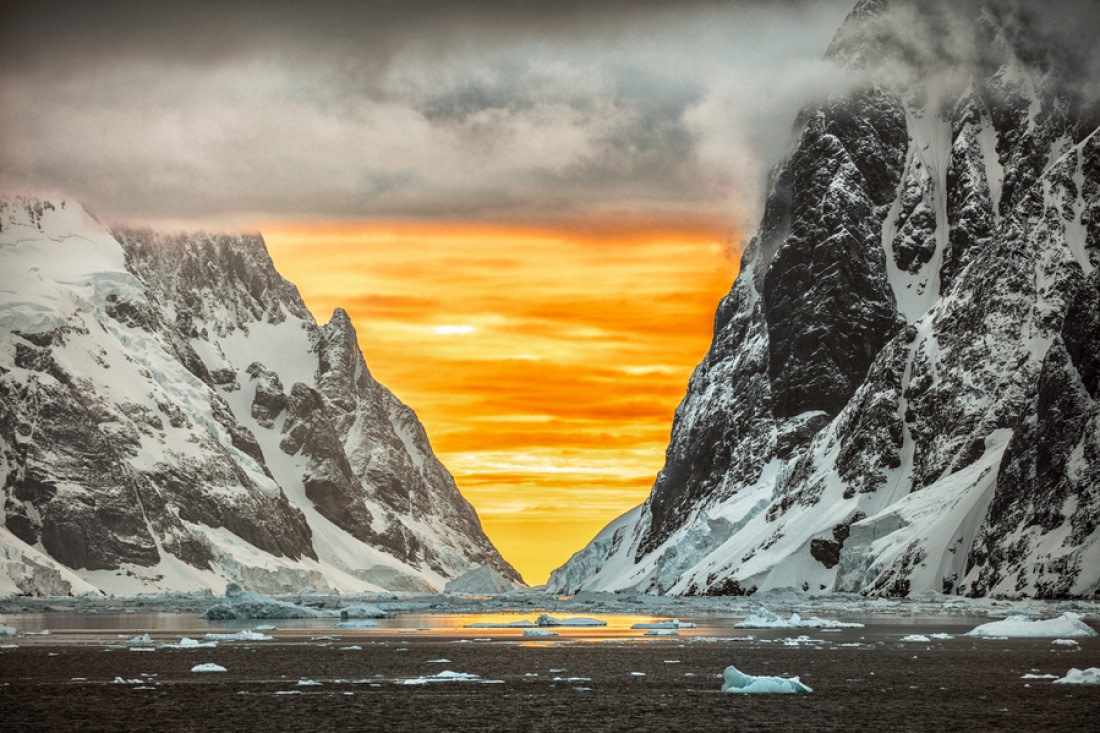 And if your Antarctica cruise includes stops in the sub-Antarctic, you will likely be enchanted by such green and animal-filled islands as South Georgia and the Falklands.

5. You can’t set foot on the Antarctic Continent

Yet another sad misconception about Antarctica, especially given how incorrect it is. 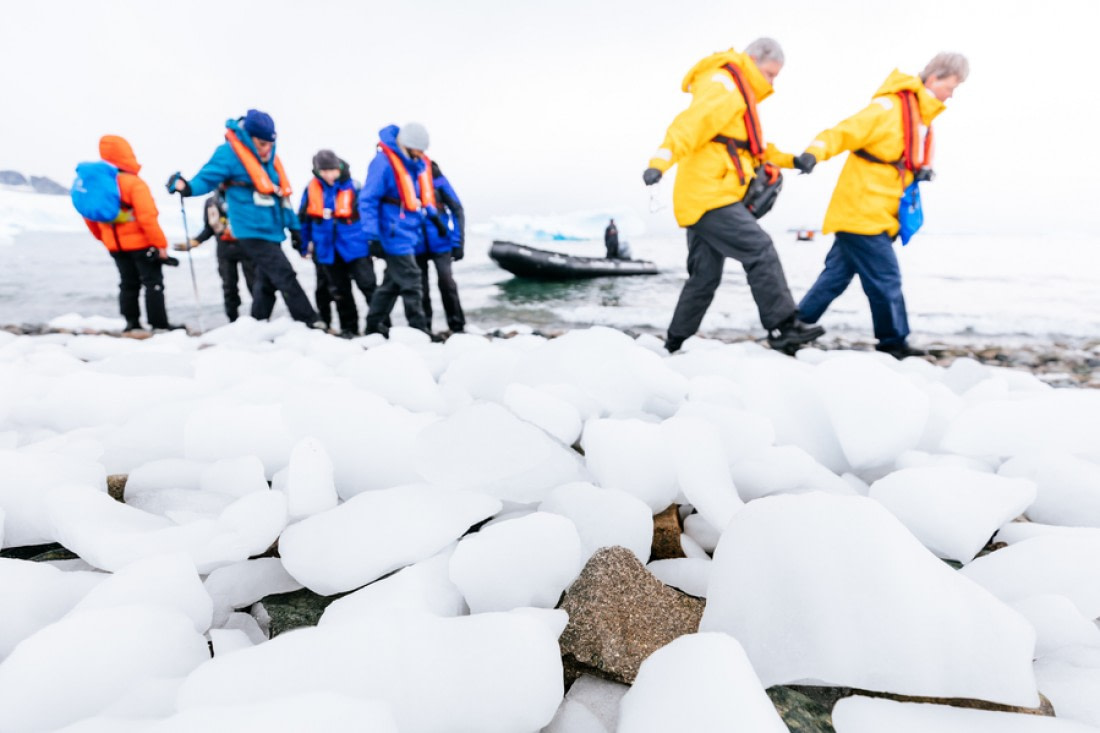 We offer all kinds of Antarctic trips that let you walk, hike, snowshoe, and even camp on the continent. Just take a look at our Antarctica Basecamp voyages if you want to see all the exhilarating land (and sea) activities you can engage in there. 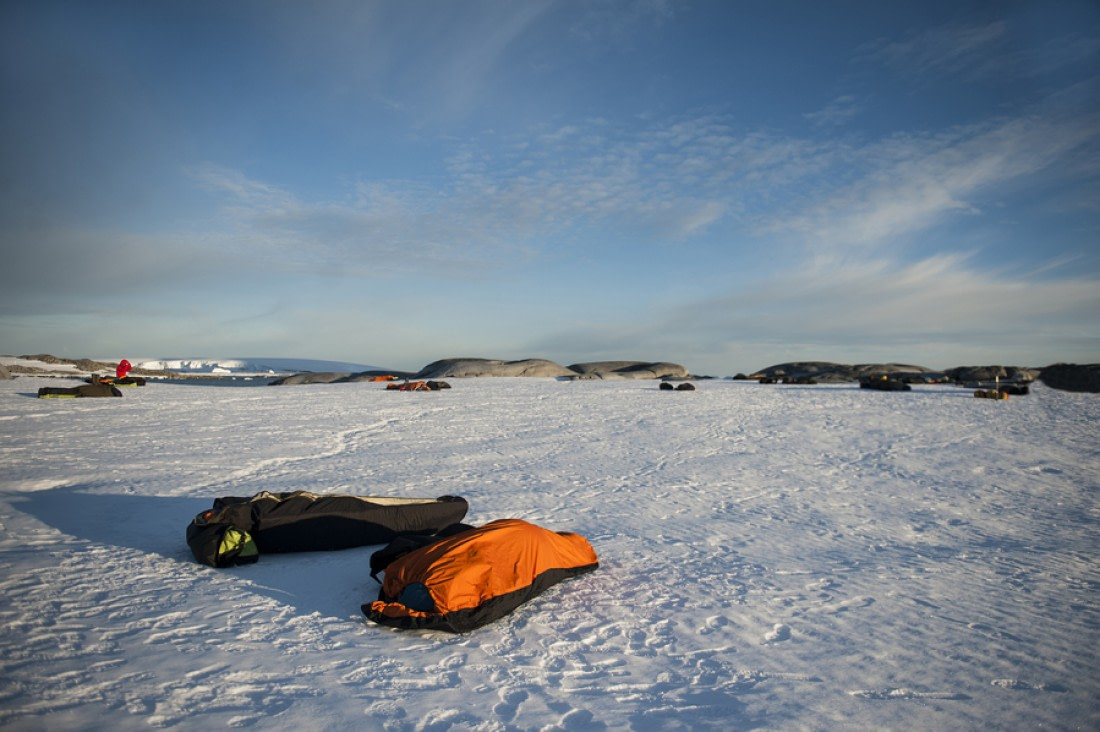 Our Antarctica shore-based activities are in fact quite extensive, since we don’t have to worry about polar bears – definitely not the case in much of the Arctic.

As you may have guessed, polar bears don’t exist in Antarctica. Most of you readers will have known this for years, but there are many travelers new to the polar regions who are still unsure which species live in which region. 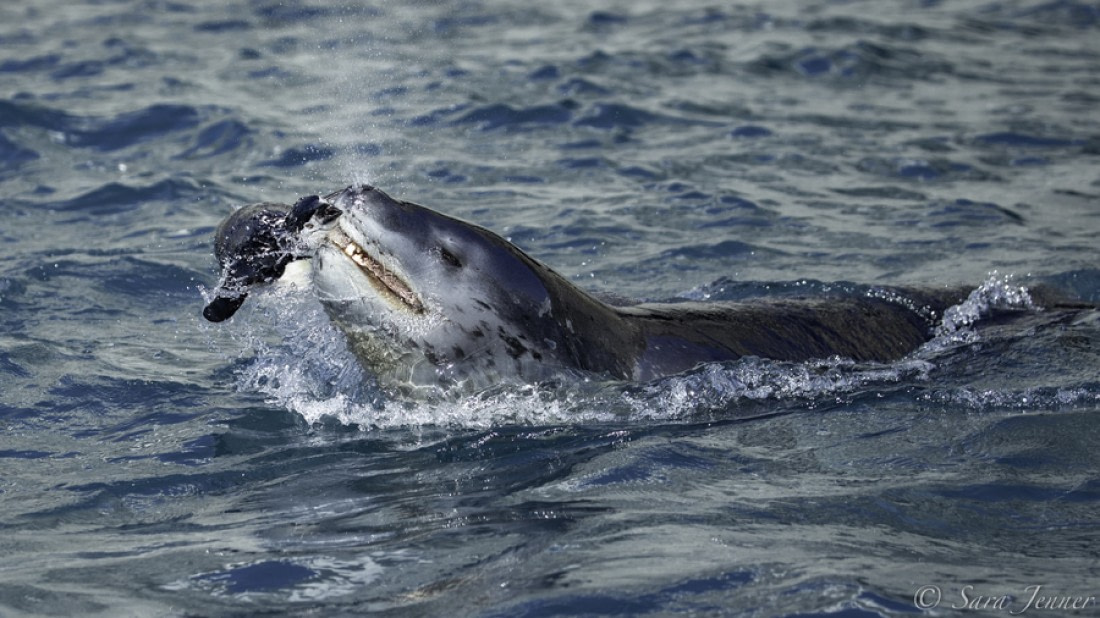 Penguins may be preyed upon by orcas, leopard seals, and other seabirds like south polar skuas, but you’re not likely to see a polar bear eating one unless it’s escaped a zoo.

This myth about Antarctica is somewhat true, as the continent is large. But the reason we’ve included it here is because Antarctica looks so much bigger on most maps than it really is. 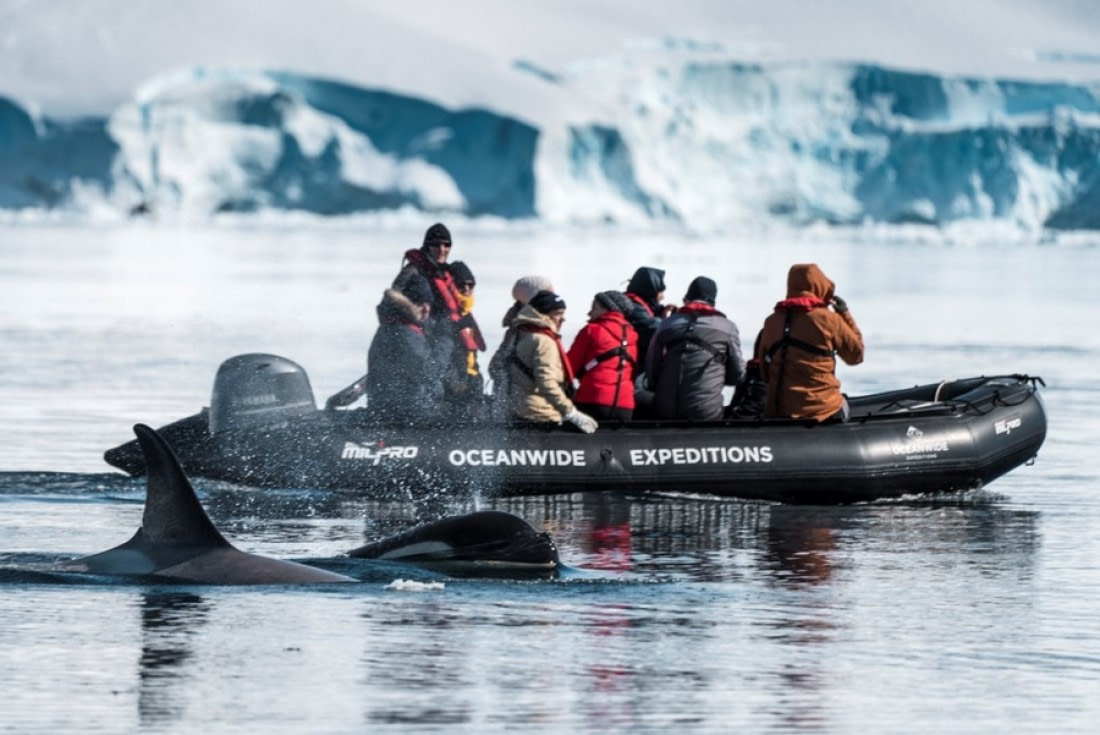 Antarctica measures roughly 14 million square km (5.4 million square miles). This makes it about the size of the United States and Mexico combined. While there’s no question that this is an awful lot of rock, ice, and snow, many maps distort Antarctica’s dimensions. 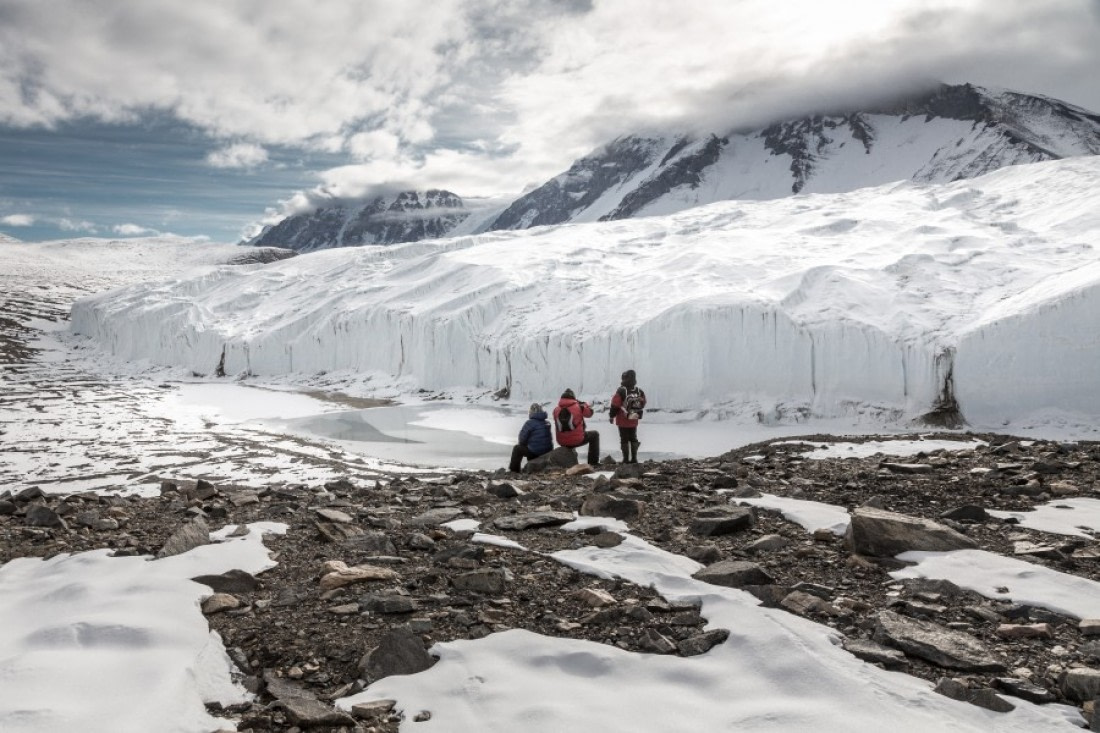 This is because Antarctica is usually displayed along the bottom of the world map. This stretches the continent out, giving the illusion that it’s larger than most others on the planet.

In reality, though, Antarctica is more reasonably sized and hence a bit more visitor friendly.

8. No one lives in Antarctica full-time

You may remember what we said about the scientists who live in the Antarctic research stations. Well, they very often overwinter in Antarctica on year-long or multi-year contracts.

Tourism shuts down in Antarctica over the winter, both to avoid the often-brutal weather and give the environment a rest. But this doesn’t mean science stops, too: Researchers in Antarctica are still studying animals, ice cores, and weather while the rest of us keep warm closer to the equator. 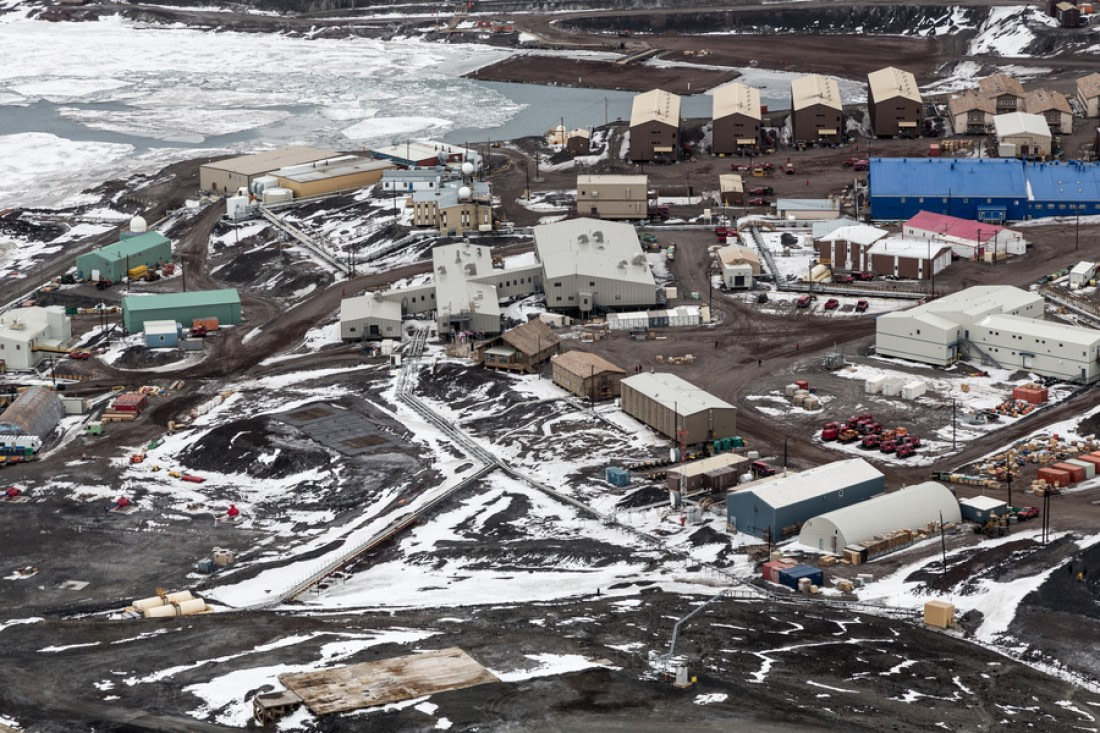 And though we assist scientists as much as possible during the summer, they’re very much on their own during these long, dark, notoriously frigid Antarctic winters. 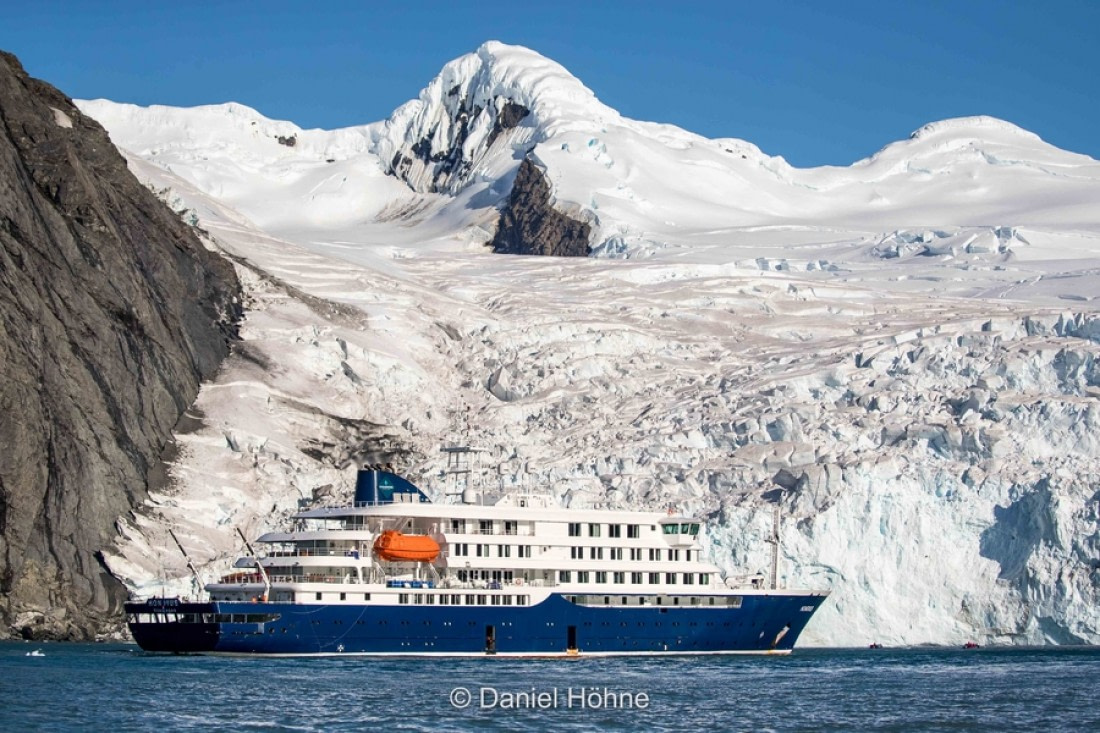 If this is so, please enjoy our first-ever Ultimate Traveler’s Guide to the Arctic and Antarctica, which tells you all about the touristic differences of these beloved regions. 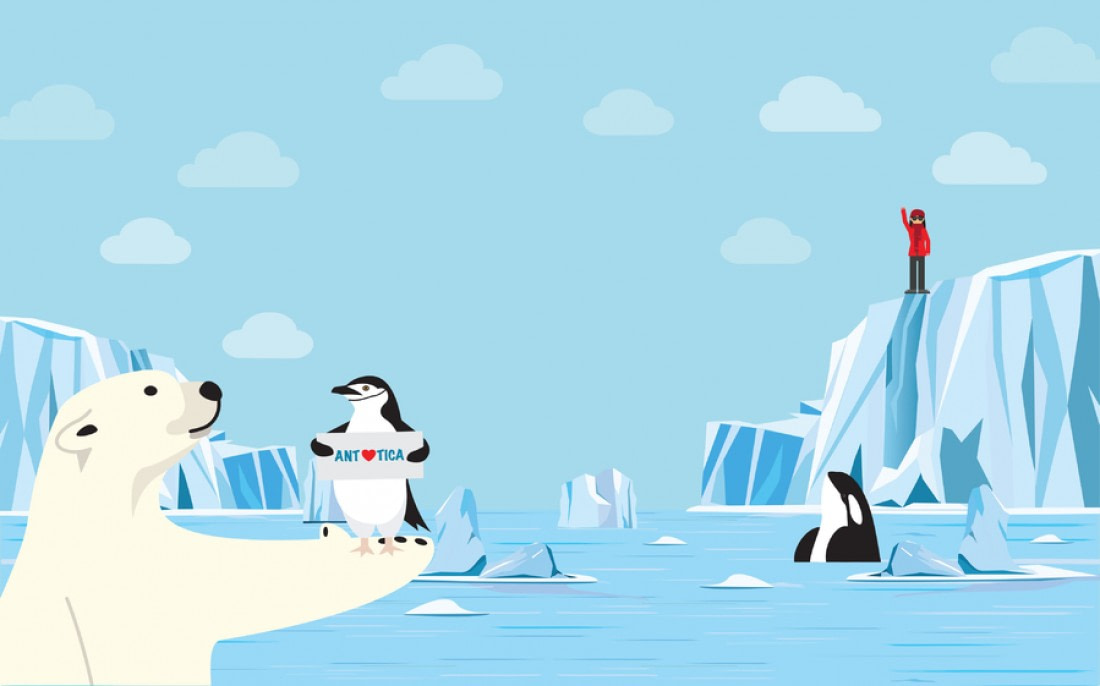 Packed with beautiful photos, engaging facts, and useful tips, this indispensable guide is all the research you’ll need to decide on where to go, what to do, and what you’ll see.