Saunders Island is one of the largest islands in the Falklands, spanning a considerable 20 by 20 km (12.4 by 12.4 miles). It can be found northwest of the archipelago. Mt. Richards is its highest point, at 457 meters (1,499 feet). In a small settlement, appropriately named “The Settlement”, live the owners of the island: the Poole-Evans family, who make up the total Saunders Island population of seven. 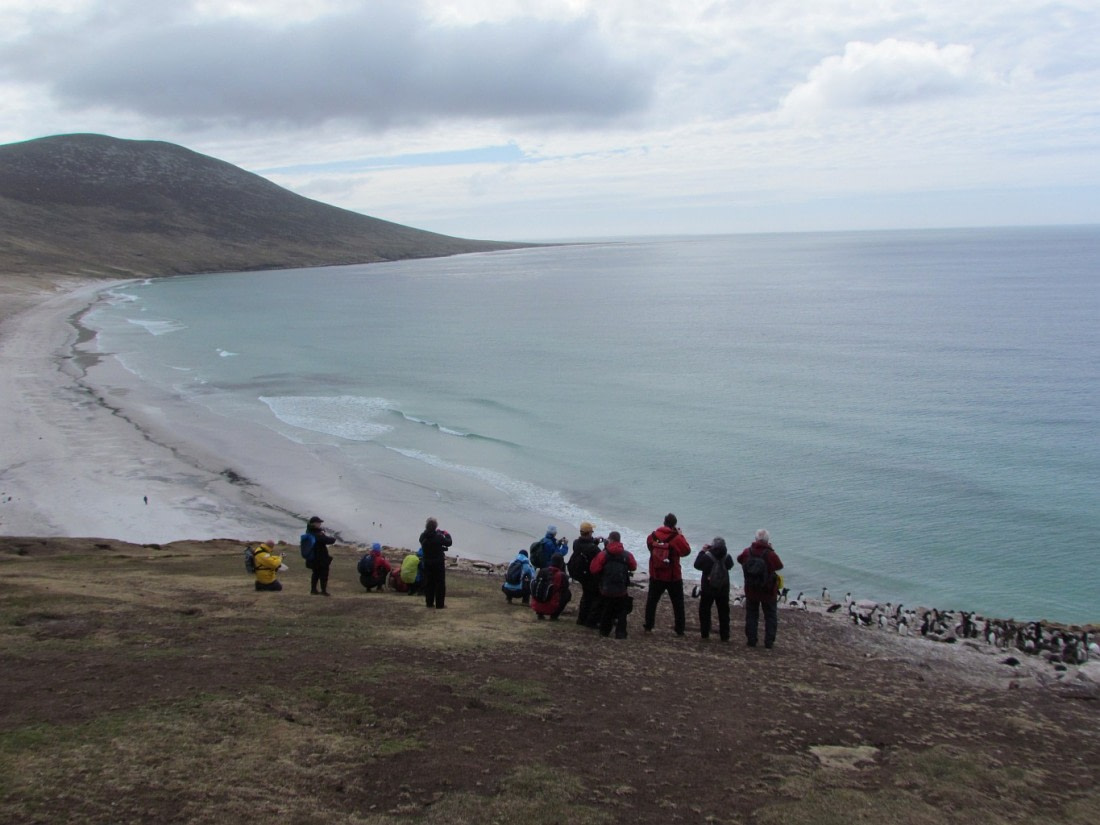 The first British settlement in the Falklands set up here in 1765―66, at port Egmont. By 1770, however, the garrison was forced to leave under Spanish force. A group of French soldiers following Louis-Antoine de Bougainville―if you’re wondering whether the shrub got its name from him, it did―built the first French settlement, Port Louis, in Berkeley Sound.

They named the islands “Les Iles Malouines” after their hometown of San Malo, but for diplomatic reasons they sold the islands to the Spanish in 1766. For many years the Spanish ruled the islands as their own, but in 1833 the British returned and took them back again. 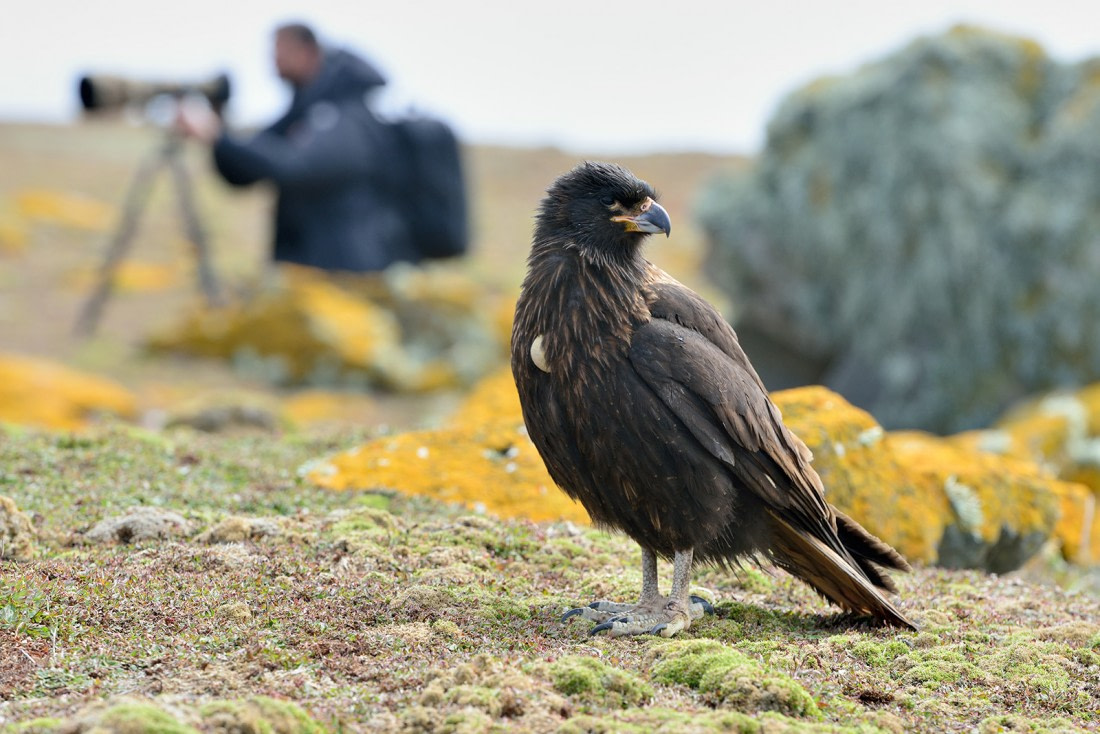 A rich diversity of wildlife flourishes on Saunders Island, a certified nature lover’s dream. One of the most prized attractions is the large black-browed albatross colony, packed with about 11,000 breeding pairs. They’re decent fliers but sometimes have a little trouble landing, a peculiarity we can observe near their nesting sites. 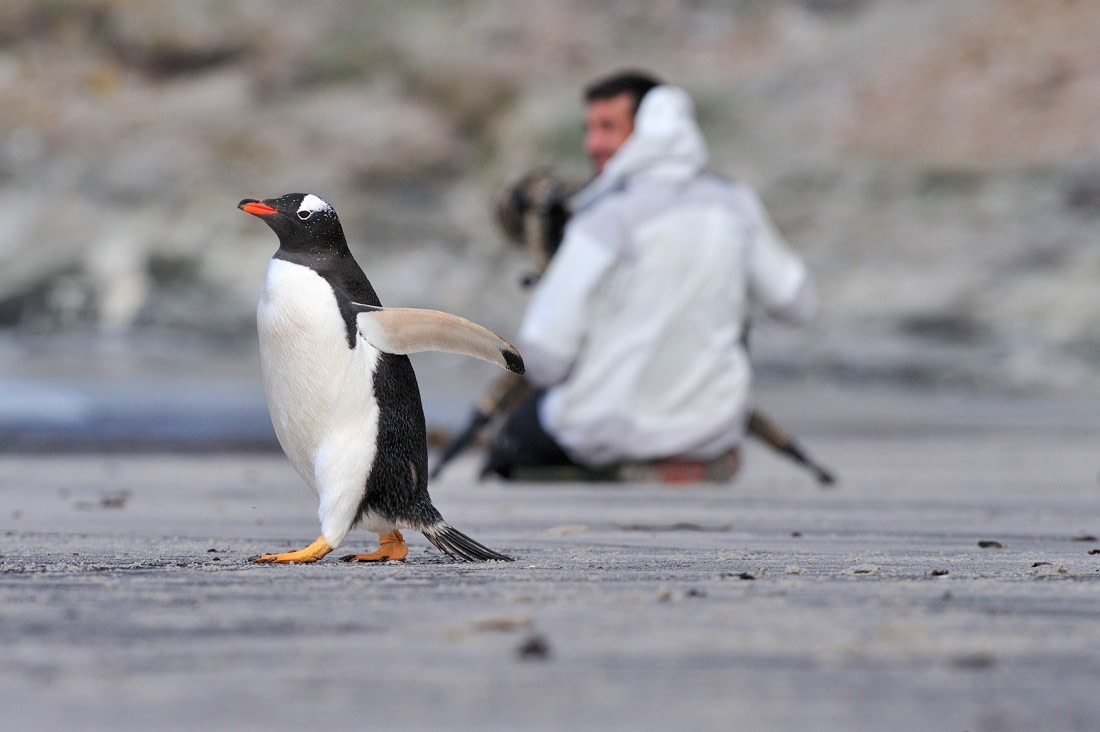