Longyearbyen, one of the world’s northernmost community

Longyearbyen is the main settlement of the Norwegian Spitsbergen archipelago. This Arctic town, it is located at 78° north, is one of the world’s northernmost communities and boast of being even the worlds northernmost town.

Longyearbyen even has its own university, the UNIS, that offers Arctic studies. The town was originally established as a coal mining settlement in 1906 and was named Longyearcity, after one of the American owners of the mine. Today the mining is of minor importance and Longyearbyen has become the administrative centre of the Norwegian Spitsbergen archipelago.

Longyearyben, the Gateway for the Arctic

Your Arctic expedition starts from the seat of local government and Norway’s main administrative centre on Spitsbergen - Longyearbyen. The small colourful community of approx. 2000 inhabitants has developed from being a typical mining community into a
community with a number of businesses and industries and a wide range of cultural activities and opportunities. It is a modern place with facilities such as a supermarket, outdoor shops, several pubs and hotels. In general, the population on Longyearbyen is rather young, with many small children.

Leisure and cultural activities abound. Since there are no roads between the settlement areas on Spitsbergen, snowmobiles (in winter) and boats are a common means of transportation. Locals are very fond of outdoor activities, as well as taking weekend trips to cabins and huts. In Longyearbyen the midnight sun begins in the second half of April and lasts until almost the end of August, whilst in contrast the Arctic Night lasts from 28 October to 2 February.

Longyearbyen serves as the main gateway for the Arctic around Spitsbergen because of its modern airport which has regular flights from Oslo and Tromsø. 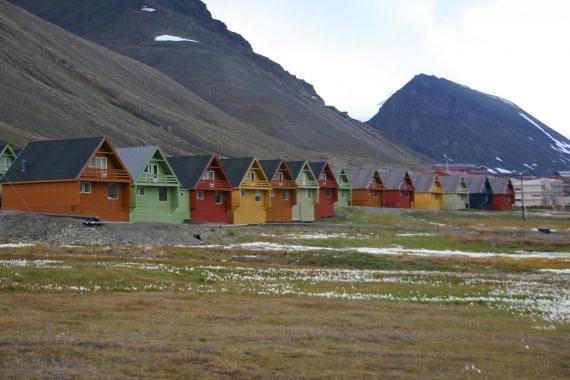 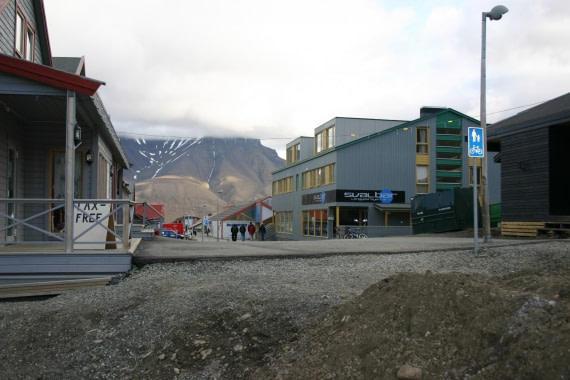 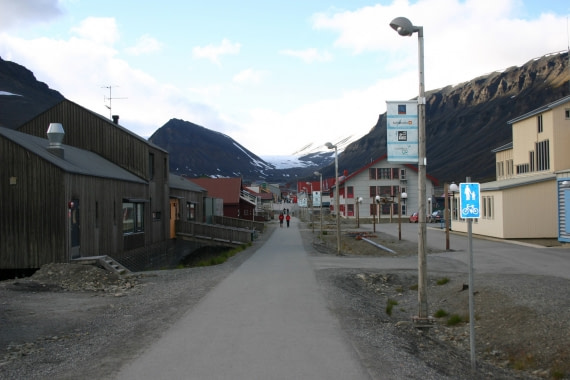