In this natural Antarctic amphitheatre about 50,000 chinstrap penguins breed. Unfortunately, though, the colony is seldom visited due to the difficult landing conditions on the outside of the island.

Deception Island is an island unequalled in the world. The ring-shaped island is in fact the top of a volcano, a caldera. The Caldera has a diameter of about 15 kilometres and has a narrow entrance on one side, Neptune’s Bellows.

Through this spectacular passage ships can sail into the flooded crater, a unique phenomenon. ​The caldera has a narrow entrance, just 230 metres (755 feet) wide, called Neptune’s Bellows. Navigating a ship through the bellows can be quite tricky.

Adding to the hazard is Ravn Rock, which lies 2.5 metres (8.2 feet) below the water in the middle of the channel. Remains of a shipwreck, a Norwegian whale catcher that hit Ravn Rock in 1957, can still be seen in the passage. 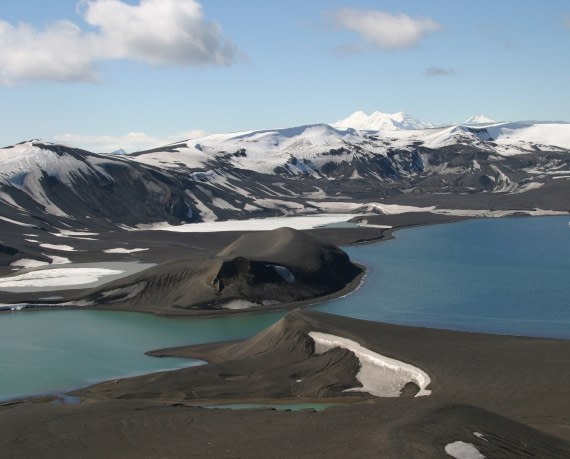