In these engaging audio workshops, you will locate, record, and analyze the enchanting sounds of various polar animals, such as whales, seals, and seabirds

Explore the songs of Arctic and Antarctic wildlife

Antarctica and the Arctic are bursting with incredible sights, but what about all the animal sounds you can hear there? During your voyage on either Janssonius or Hondius, you can enjoy interactive audio workshops led by scientists who will help you locate, record, and interpret the mysterious calls of polar wildlife.

The purpose of our acoustics workshops is to record and analyze the sounds made by polar animals, both below the water and above. The animals we may record include whales, seals, penguins, and seabirds. For example, we use our Zodiac boats to get close to the whales, then lower one or two hydrophones (underwater microphones) into the water. Our hydrophone holders can even carry underwater cameras to capture video of the animals, if water clarity and conditions permit.

Digitally record the enchanting songs of Arctic and Antarctic wildlife

We will record the sounds we hear using amplifiers coupled to analogue-to-digital converters, recording the signals directly to a laptop. These systems can cover the low frequencies used by large baleen whales, like fin and humpback whales, as well as the ultrasonic clicks used by killer whales and dolphins. We can hear the ultrasonic clicks of dolphins by playing them through a special detector that converts high-frequency signals to our hearing range.

For recording video signals, we use Elgato Video Capture software. The same setup can be used to record the sounds of seals, if we’re lucky. We can also record the sounds of penguins and seabirds using a handheld sound recorder that stores these sounds digitally. We can also use cameras to record vocalizations and visual images for later analysis.

Analyze and interpret animal sounds below and above the water

To analyze our sound files, we use free analysis software like Audacity. Our focus is the frequency structure of recorded animal calls, their relative amplitude, time duration, and call rate. If we use two hydrophones attached to a rod, we can get an indication of the bearing to the whale, either horizontally (to the right or left of our setup) or vertically (toward the surface or deeper).

To analyze video files, we use iMovie or Windows Movie Maker. We can speed up or slow down the video recordings or add our audio recordings to the video soundtrack. If the wildlife sounds come from a dolphin, we can slow these down to our hearing range with sound analysis software or use an ultrasonic detector to hear a facsimile of the sounds in real time. These detector sounds can be clipped to the corresponding video recording, if available. 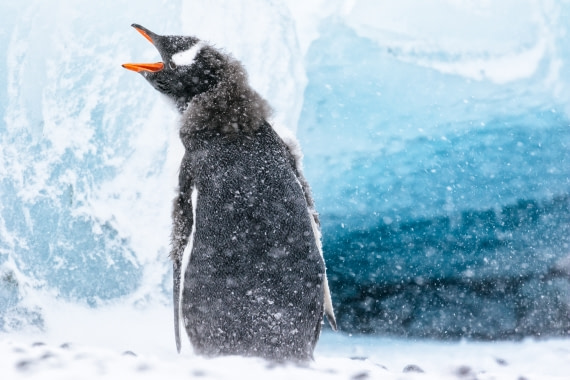