Located near Eira Lodge in Franz Josef Land, Bell Island was discovered by Benjamin Leigh Smith during his 1880 expedition

Bell Island and its namesake mountains

When Smith returned to Bell Island in 1881, he built a wooden lodge in which he could winter while continuing his Arctic expeditions. This lodge remains to this day and was even visited in 1914 by Russia’s Brusilov Expedition, all members of which disappeared during their voyage. 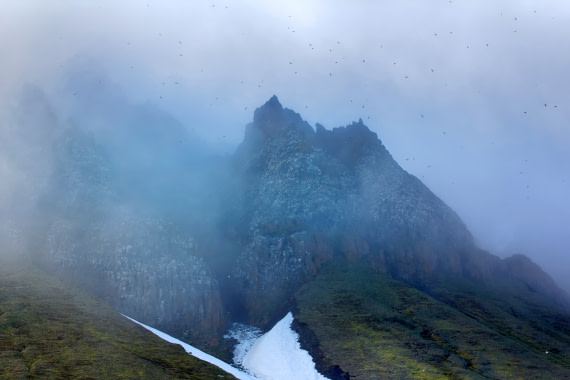