The historic Spitsbergen bay of Colesbukta

Colesbukta is a bay in southern Isfjorden, a fjord on the largest island of the Svalbard archipelago. Measuring 4.5 km (2.8 miles) wide, Colesbukta was the site of Russian coal shipment facilities to Grumant, another Soviet settlement. The cabin of Russian geologist Vladimir Rusanov is now a self-guided museum at Colesbukta where Arctic travelers can see the abandoned remains of a once-thriving coal industry. 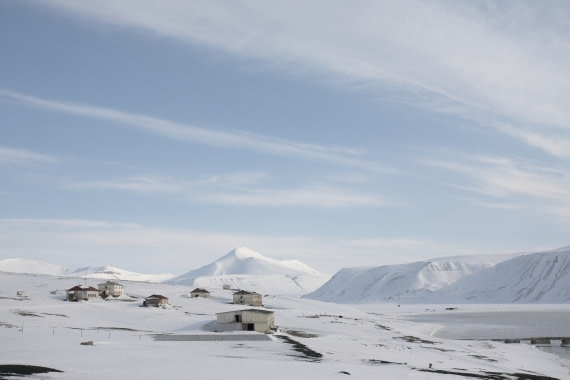