A Day of Whale Watching in Antarctica

This morning we awoke early to enjoy the first light in Wilhelmina Bay, with the snow and cloud blanketing the surrounding mountains. As dawn broke, we could see the blows of Humpback whales scattered throughout the bay.

A Day of Whale Watching in Antarctica

This morning we awoke early to enjoy the first light in Wilhelmina Bay, with the snow and cloud blanketing the surrounding mountains.  As dawn broke, we could see the blows of Humpback whales scattered throughout the bay. Some of the whales were closer to the ship and we spotted their small dorsal fins and occasionally their white patterned tails. It was a terrific start to our first full day in Antarctica.

Having spent an hour cruising in Wilhelmina Bay we spent time out on deck enjoying the impressive views of the Antarctic Peninsula as we made our way to our morning landing site of Cuverville Island. Everybody was keen to get ashore and spend some time with the Gentoo penguins. As we piled out of the Zodiacs onshore we found ourselves surrounded by these characterful little creatures. There were hundreds! We spotted many chicks; some of them were still covered in their fluffy feathers, others had only a few patches of fluffy feathers left. While some darted about chasing the adult penguins in the hope of a regurgitated meal, others looked content lazing around on the snow and rocks. A few inquisitive chicks approached us and took a few exploratory pecks at our bags and boots. 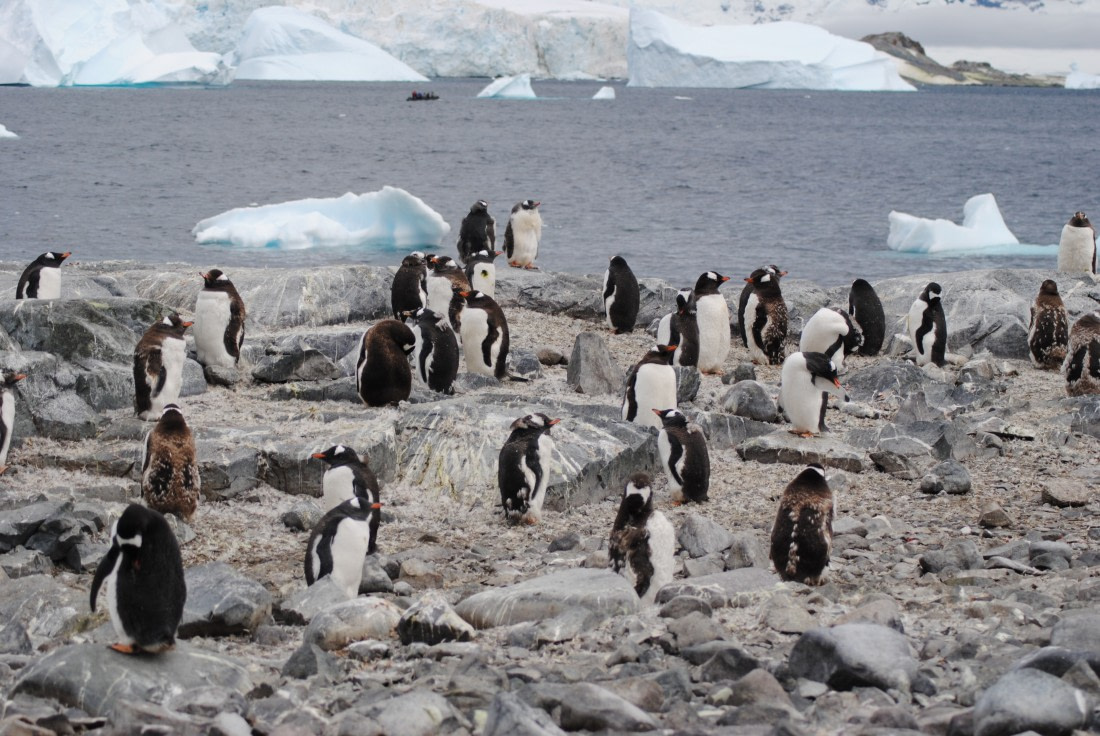 Back on board Plancius we were only just beginning to warm up after our landing at Cuverville Island when more Humpback whales were spotted. Two of the whales repeatedly approached the stern of the ship. They came so unbelievably close that we were covered by their blows when they came to the surface to breath as we hung over the side of the ship straining for the best views. It was absolutely amazing to see these animals so close and to see them completely at ease with our presence. In fact they seemed inquisitive more than anything else. 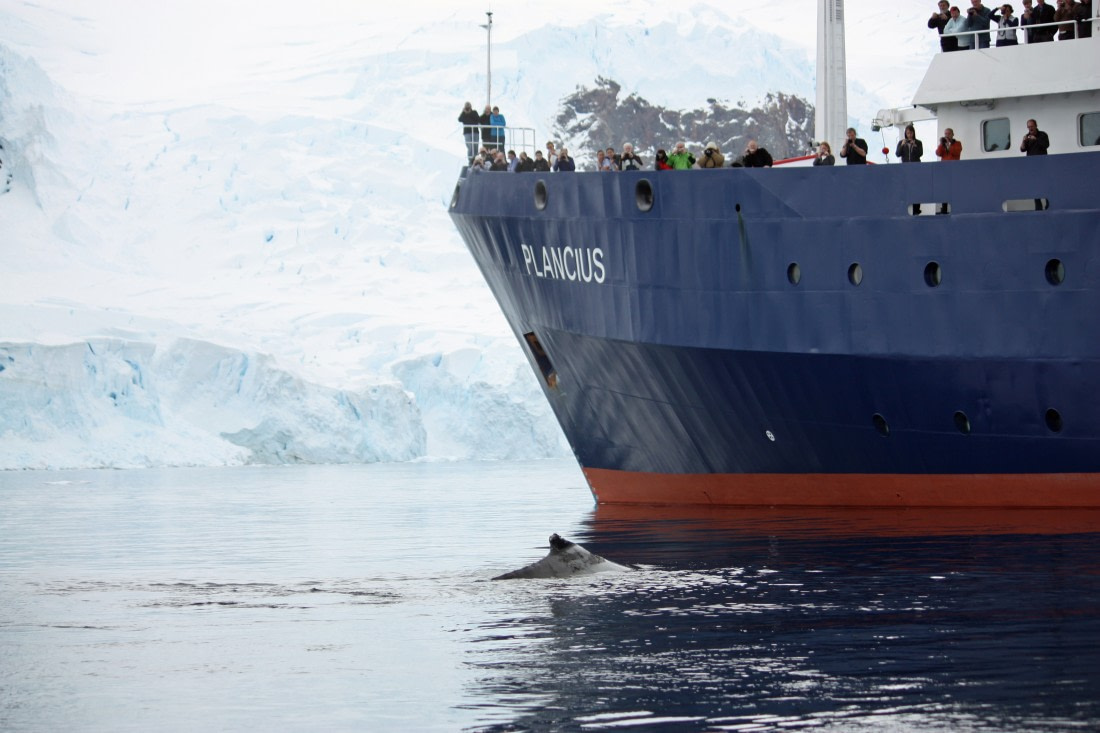 Our Humpback whale sightings continued throughout lunch. Many of us managed to eat our lunch while enjoying the view of the whales from the dining room windows. Following lunch we were ready to go ashore for our second landing of the trip. This time we were headed to Danco Island and after a short Zodiac ride from the ship to the shore some of us hiked to the top of the island. For those more interested in a leisurely afternoon, the staff led a group of people around the shoreline where many entertaining Gentoo penguins were to be found.

At the top of Danco Island we were treated to a fabulous 360° view of the Antarctic Peninsula with mountain pinnacles, glaciers and huge icebergs in all directions. While making our way back down the rocky and snowy hill we spotted a large iceberg calving. The sound and the resulting wave impressed all of us. It certainly made us realise why we have to keep our distance from the icebergs!

A wonderful day in Antarctica

After two successful landings and a lot of Humpback whale sightings, our day wasn’t over just yet. At 18:15 we met in the lounge for recap where we heard more about Krill, Antarctic Fur seals and photography from our knowledgeable guides. Then, it was time to get our dancing boots on because the Plancius Barbeque was being held out on deck this evening. Making our way out onto the aft deck we were wrapped up warm ready to enjoy the Chefs’ delicious food and some late night dancing. It was the perfect way to celebrate our first wonderful day in Antarctica.