Due to the belief that their arrival heralded the storm, these ill-omened "Mother Carey's chickens" were also referred to as "satanites," "water witches," and "birds of the devil"

Appearance: Oceanitinae – Square tails, long skulls, long legs, short wings. Most species of this family have dark backs and heads with white underparts. Hydrobatinae – Forked or wedge-shaped tails, longer wings, shorter legs. Most Hydrobatinae members are darker with white on the rump. However the Fork-tailed Storm Petrel is grey all over and the Hornby's Storm Petrel has white facial markings and undersides.

How do Storm Petrels feed?

Strom Petrels hover above the water to pick small crustaceans and fish from just under the surface. They are also capable of making shallow dives but this option is rarely chosen.

They are often seen in the vicinity of underwater predators like whales or seals that chase prey fish to the surface making them easier to catch.

Storm Petrels form colonies during the nesting season that can range into the hundreds of thousands or even millions.

Colonies of Storm Petrels return year after year to the same nesting locations. The nests are built in burrows or crevices in rock. All but one species of Storm Petrel become nocturnal at the nesting sites in order to cut down on their chances of being spotted by predators and leading them back to the eggs or young (Wedge-rumped Storm Petrels being the exception).

Adults are monogamous and will return to each other in following seasons. A single egg is laid. Both parents take turns caring for the egg during the incubation period of around 50 days in 6-day shifts, followed by a rearing period of another 70 days.

How long do Storm Petrels live?

Storm Petrels can live for around 30 years.

Do Storm Petrels have any natural predators?

Storm Petrel eggs and young are preyed upon by introduced mammals like feral cats and rats, as well as Skuas and Gulls, depending on the nest’s location. 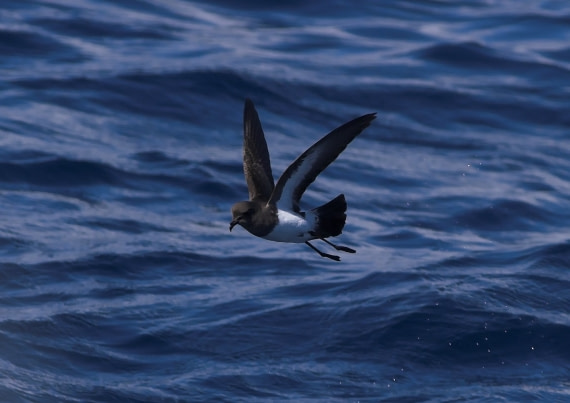