The History of Svalbard (Spitsbergen)

Whaling, hunting, mining, exploration – Svalbard’s history is as varied as it is fascinating

The History of Svalbard (Spitsbergen) reizen

Svalbard, Spitsbergen, and the history of an Arctic archipelago

Whether you call it Svalbard or Spitsbergen, the Arctic archipelago north of Norway has been a major attraction for whalers, hunters, miners, and explorers for centuries. The promise of fortune lured many 17th-century adventurers into Svalbard’s frozen islands and fjords, and artifacts of these brave and ambitious expeditions can still be seen on Spitsbergen’s ruggedly beautiful shores.

Possible medieval discoveries of Svalbard by Vikings or Pomors

Some scholars believe the Vikings, who were active in the area of Svalbard during the Middle Ages, were the first to discover it. Starting in the 1800s, Norwegian historians began asserting that Vikings discovered the region as early as 1194. They base this claim on maps and annals that list a place called Svalbarði (the basis for the name Svalbard, which translates to “cold rim”) roughly a four-day sail from Iceland. No physical remains have been found, however, that support this claim. Russian historians, on the other hand, believe the Pomors may have landed at Svalbard back in the 1400s. But as with the Vikings, no physical evidence substantiates this.

The earliest recorded sighting of the islands was made by Dutch explorer Willem Barentsz, who named them Spitsbergen, meaning “jagged peaks.” This name persisted for centuries until the islands fell under the jurisdiction of Norway, which renamed them Svalbard. The largest island, where the capital of Longyearbyen is now located, was then renamed Spitsbergen. These designations are not universal, however, and many people still refer to the entire archipelago as Spitsbergen and the largest island as West Spitsbergen. Indeed, the Spitsbergen vs. Svalbard debate continues to this day.

Barentsz discovered Spitsbergen by accident during his famous third voyage, the purpose of which was to find a sea route to China. This route became known as the Northeast Passage. What Barentsz found instead was Bjørnøya, or Bear Island, the southernmost island of the Svalbard archipelago, in June of 1596. A week later, he discovered the northwestern coast of the largest island, Spitsbergen. The sharp-peaked mountains Barentsz saw on that coast inspired the name.

Arctic expeditions to Svalbard, i.e., Spitsbergen then and now

Svalbard has been the starting point for many expeditions. Some of these were historical voyages meant to reach the North Pole. Nowadays polar enthusiasts travel to Svalbard to see glaciers, tundra, and exotic wildlife. In Virgohamna, on the island of Danskøya, you can see the remains of several historic expeditions that used this remote bay as their basecamp. The most famous of these expeditions is that of Salomon Andrée, from 1897, the artifacts of which can still be viewed there. Obviously, our own Svalbard trips are much safer and more comfortable, giving you the chance to spot polar bears, walruses, whales, seals, and a wide variety of seabirds, and all while engaging in such immersive activities as shoreline hikes, kayak trips, Zodiac cruises, and more. 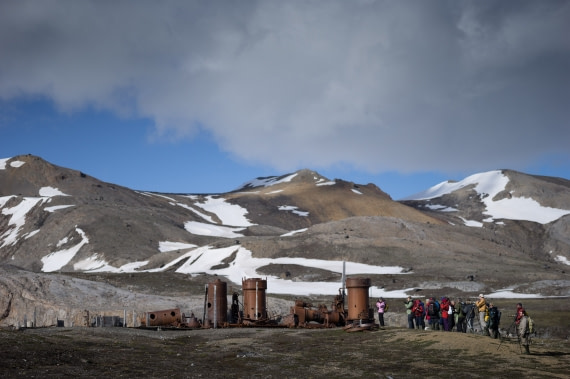 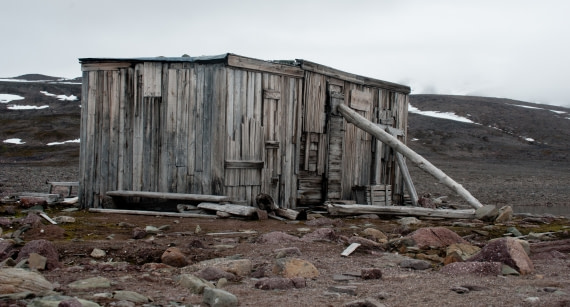 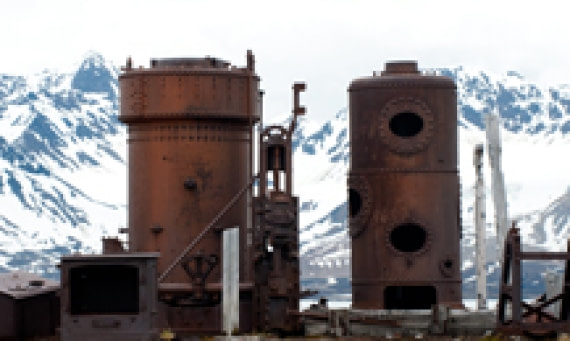