Reputed to have one of the longest lifespans of any animal on the planet, these sages of the sea also have the largest mouths – if only they could speak

Appearance: Black, white patches under jaw and on belly, no dorsal fin

What do Bowhead Whales eat?

Unlike most other types of whales, Bowhead Whales are almost continuously feeding. They swim with their mouth hanging open, sifting water through their baleen plates to strain out the tiny plankton that are their main source of food. They eat up to 2 tons of plankton a day. Their dives can last up to 40 minutes, but do not usually go very deep.

Bowheads can either be complete loners or may form small pods of up to 6 members, though on occasion they have been seen in pods of up to 14 members. Bowheads are quite chatty, vocalising with a number of different songs that may be used for location or mating calls. In June 2015 on the North Atlantic Odyssey passengers on s/v Plancius counted an exceptional amount of 80 – 100 Bowhead Whales on at the edge of the sea ice between Northeast Greenland and Spitsbergen.

How fast can Bowhead Whales swim?

A Bowhead Whale’s general cruising speed while feeding is in the range of 2 to 3 km per hour. They can burst up to speeds of nearly 20 km per hour for short amounts of time.

Bowhead Whales mature sexually at about 10 to 15 years of age. Females give birth once every 3 or 4 years. Bowhead Whales live long enough that scientists believe the females eventually go through menopause. Mating season occurs from March through August. After 13 or so months of pregnancy the calf slips out tail-first, weighing about 1,000 kg. They’re around 4.5 metres long, doubling their length in their first year. The calf is weaned after a year.

How long do Bowhead Whales live?

Originally Bowheads were thought to live approximately 65 years. However in the past 30 years whalers started finding old harpoon and spear heads from the 1800s embedded in the Whales’ hides. This suggests that the Bowheads can live much longer than 65 years – perhaps up to 200 years.

How many Bowhead Whales are there today?

Estimates place the Bowhead’s worldwide population at approximately 10,000 to 25,000.

Do Bowheads Whales have any predators?

The only true predator in the wild that Bowheads face is the Killer Whale. However, Bowheads are so immense that it takes a pod of Killer Whales to do any real damage. 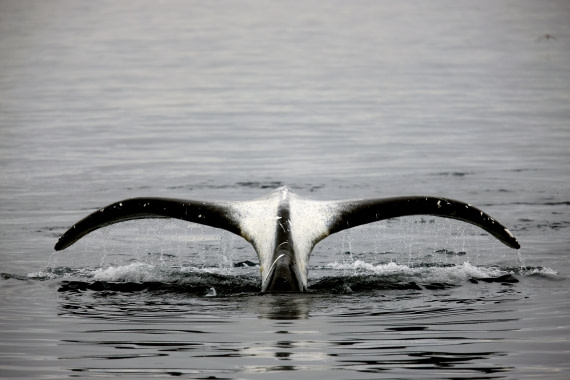 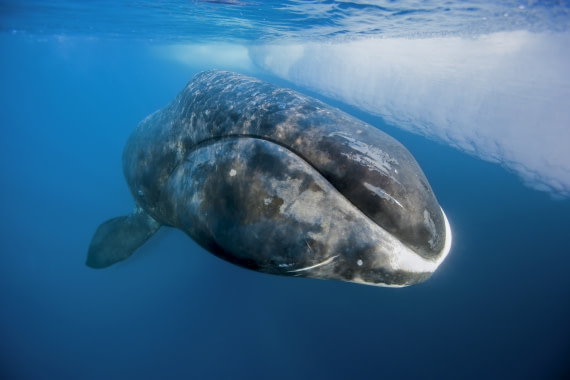 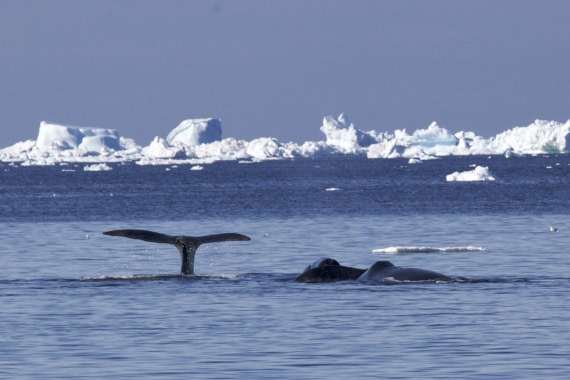