It’s easy to understand our fascination with birds: They’re beautiful, graceful (usually), and most of them have the power of flight. But how do you capture that beauty, grace, and freedom in your photographs? Some will tell you it’s the lens, some the camera, and other bird photographers will say that some species are just naturally photogenic. Whatever the case, here are 10 tips that can only enhance bird photography.

It’s easy to understand our fascination with birds: They’re beautiful, graceful (usually), and most of them have the power of flight.

But how do you capture that beauty, grace, and freedom in your photographs? Some will tell you it’s the lens, some the camera, and other bird photographers will say that some species are just naturally photogenic.

Whatever the case, here are 10 tips that can only enhance bird photography. 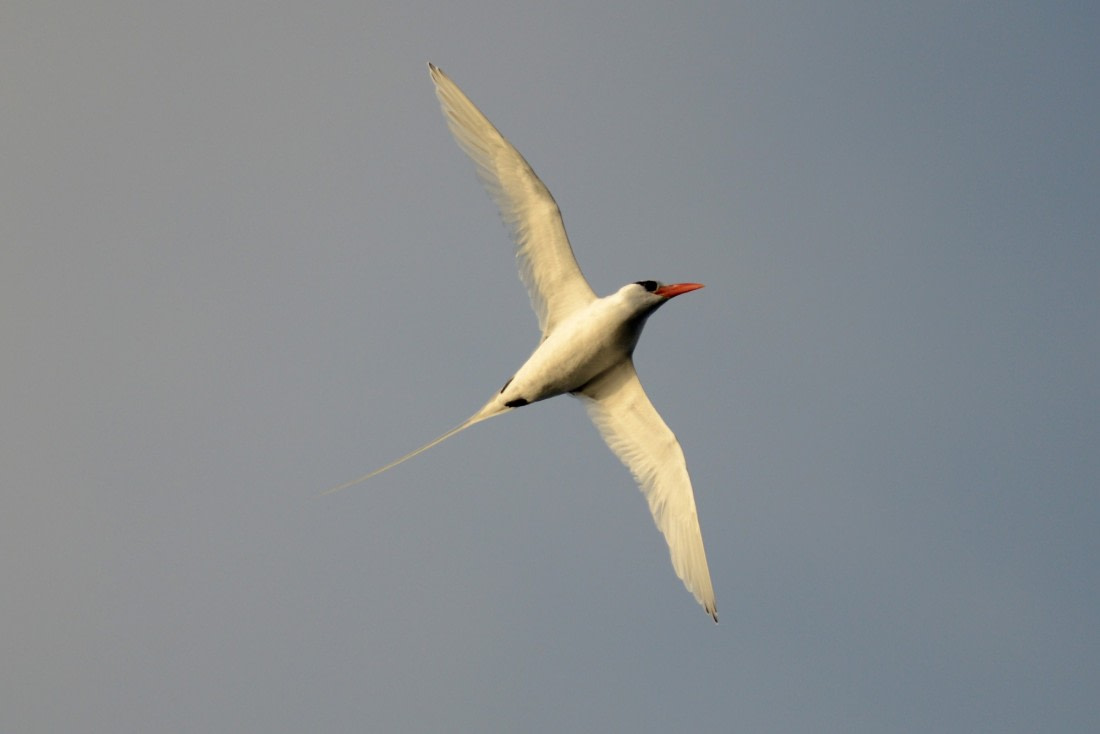 To some degree, it’s true that technique is more important than equipment. But you’re likely to get frustrated if you have nothing to work with except a sub-par camera.

Just as with birding binoculars, there are numerous cameras and lenses designed with bird photographers in mind. Opt for a fast digital single-lens reflex camera that has a shutter speed of at least 1/2000 of a second with 6 to 9 frames per second.

Lenses, like cameras, can vary widely in quality and price, but shorter focal lengths are often the way to go if you’re birding on a budget. Teleconverters can also be used to give the appearance of longer focal length, though these will sacrifice speed and sharpness. 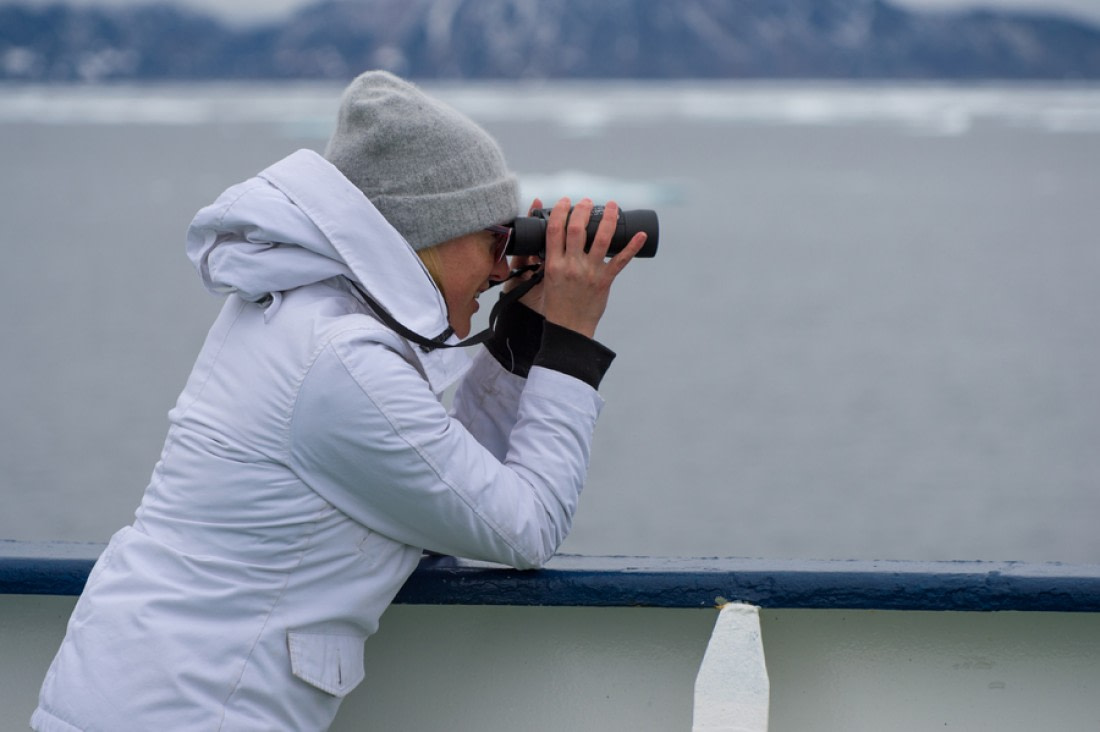 2. But do not place too much importance on cameras and lenses

Though this bird photography tip seems to refute our earlier suggestion, the fact remains that expensive equipment does not a great picture make.

A bird photographer also needs good quality of light, knowledge about the birds she or he is capturing, a decent background, familiarity with the equipment, and patience. A longer lens will make it easier to capture fast-moving birds, but a solid DX or APS-C format camera will suffice given proper photography skills. 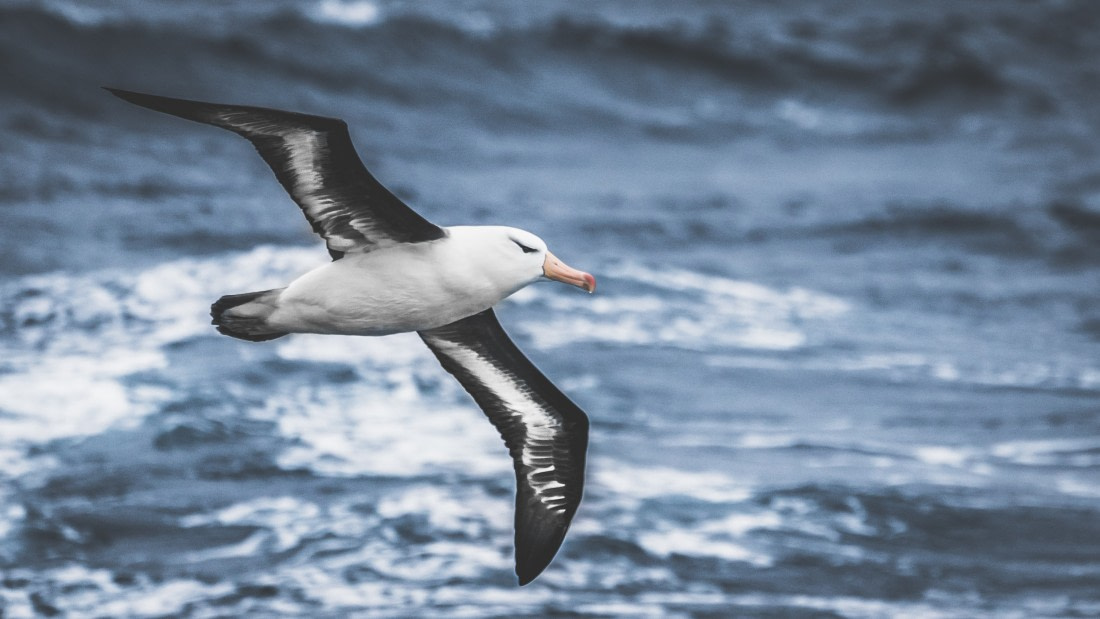 It can be helpful, especially if you’re a beginner bird photographer, to start by photographing the common birds you see all around you. These birds will tend to be less flighty, for lack of a better word, as they will be used to people.

Birds often look for food in the early morning, which due to the lighting is a good time to take pictures of anything. So try for these hours – as well as the late afternoon, another good lighting period. Starting with birds that are more easily photographed will allow you to hone your skills before moving on to the more exotic species that draw birders to Antarctic cruises. 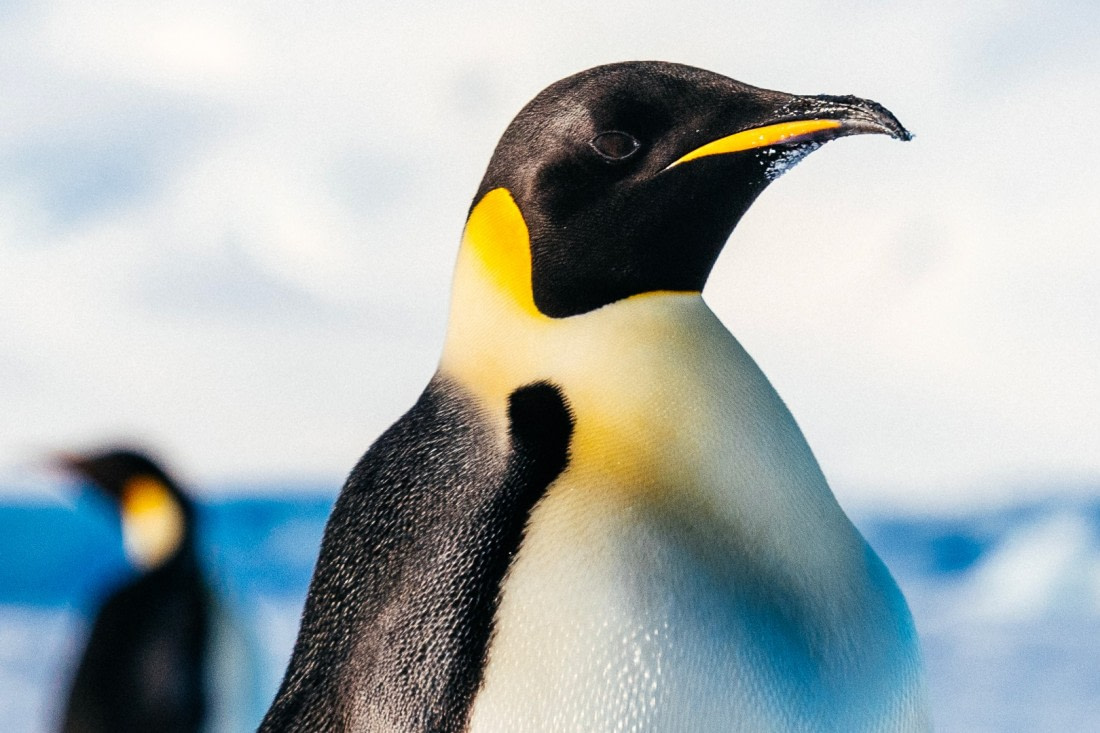 4. Make sure you have good light and composition

Light is soft during the late afternoon and early morning, which lends luster to a bird’s plumage and a sparkle to its eye. It also reduces the likelihood of stark shadows on the bird and background.

Also, consider following a few basic rules of composition: Use an uncluttered background that compliments the bird’s color, then place the bird off-center by using the rule of thirds, and finally, avoid mistakes like cropping the bird’s body, overexposing the background, and shooting from a high angle. 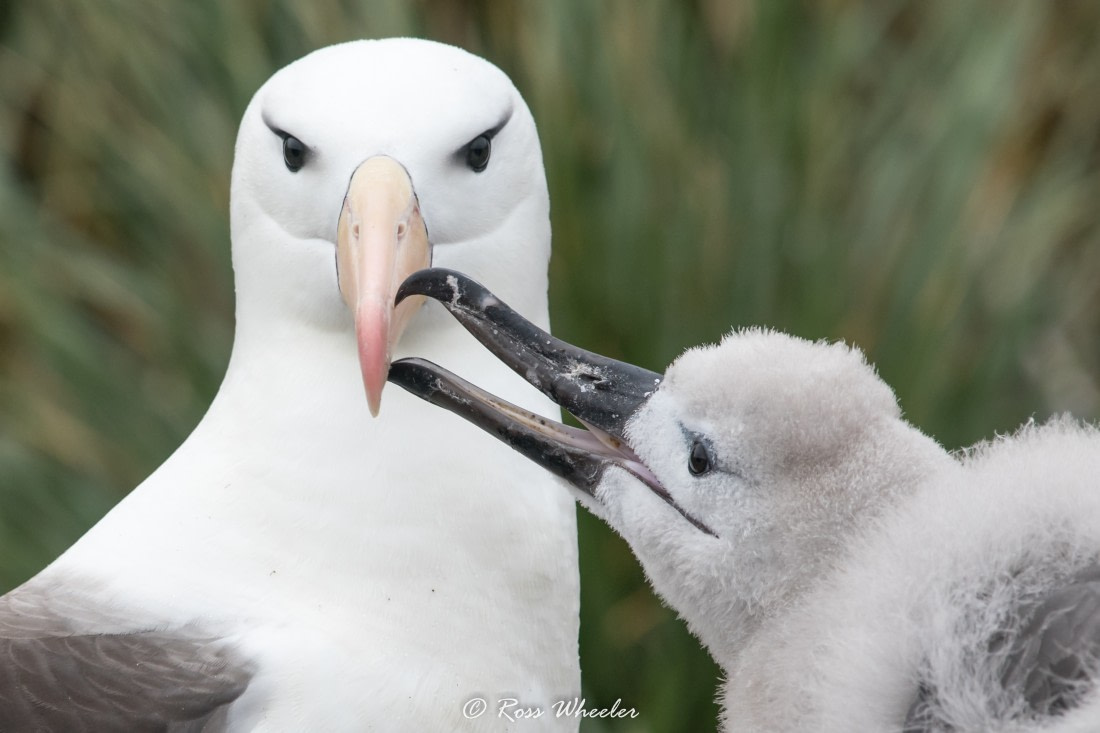 5. Make your bird the star of your photograph

Even if you’re sailing by glaciers and polar bears on an Arctic cruise, taking a picture of a bird means the bird is the star. So don’t be shy about filling the frame with it.

Filling the frame will make focusing easier, among other things: You’ll also be able to better expose the shot, compose the image, and manage your background. It’s usually a mistake to make a flying bird seem crunched into too tight a frame, but this isn’t as much a problem for motionless birds. 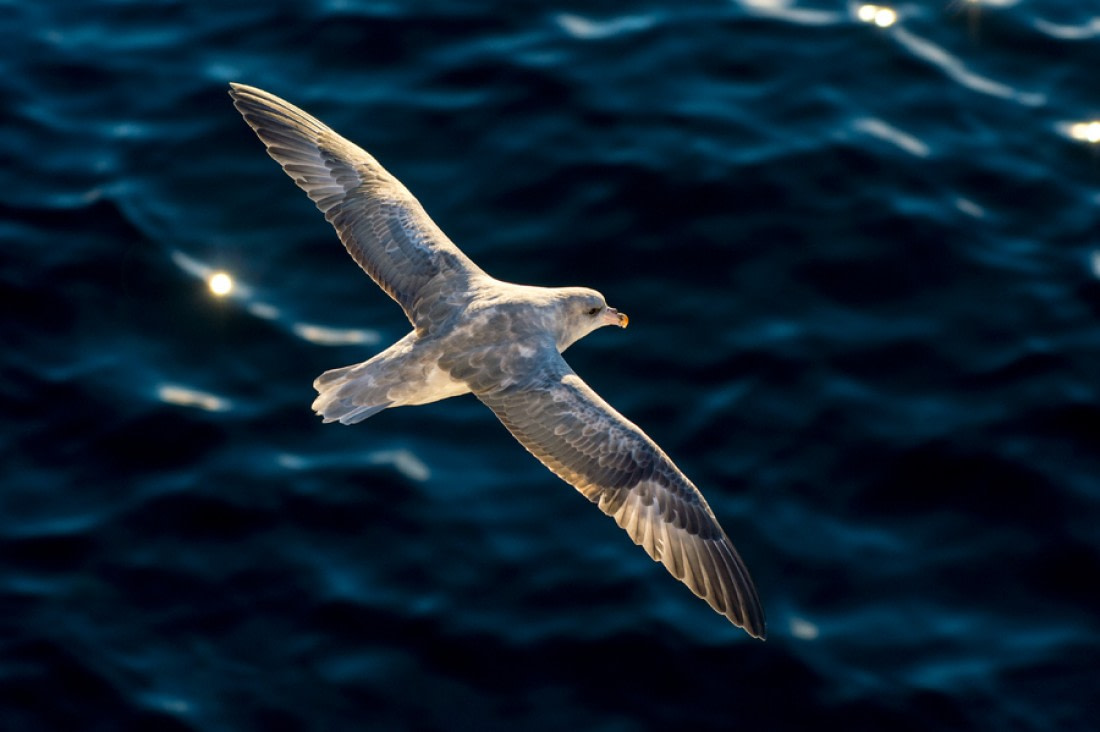 6. Take your bird photos at bird-level

You don’t want your photograph to give the impression you’re looming over the bird. Regardless of the species you want to capture, getting down to the bird’s level (when it’s not in flight, naturally) is critical to making the image transport the viewer into the bird’s perspective – the hallmark of great bird photography.

Hunkering down will also make you less likely to scare the bird away, as you won’t be able to move as well. You’ll have a better chance of eye contact this way, an important facet of bird photography that will be discussed later. 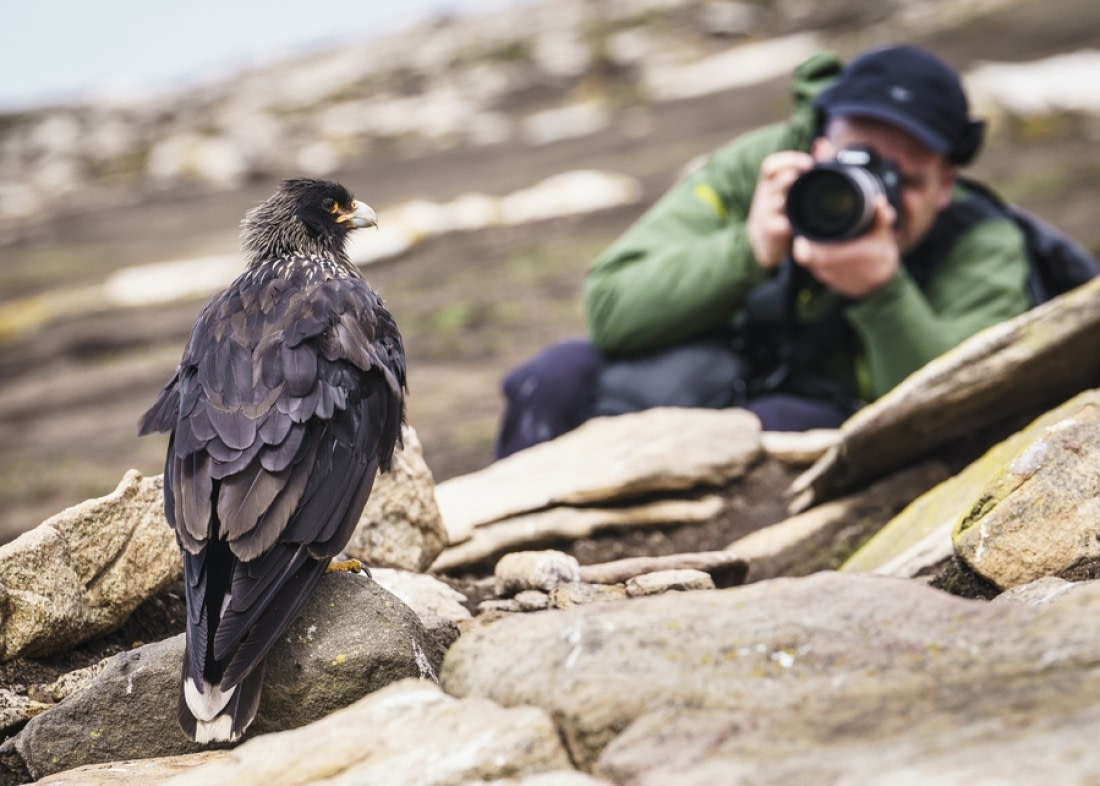 We’re all familiar with how skittish cats can be. Well, birds are more so. And they can fly.

To get close enough to capture the image you want, you’ll need to work on your prowling. First, try not to wear bright or colorful clothes. Slow down gradually if you happen to notice a bird you want to photograph, since sudden pauses can make a bird feel threatened.

Also, turn off your phone, or it’s sure to explode at the wrong moment. Approach your bird in zigzag fashion, not directly. Avoid eye contact with it while approaching, and try to approach only when the bird is not looking right at you.

Lastly, don’t get too close: This will lead to a shallow depth of field, making parts of the bird sharp and others blurry. 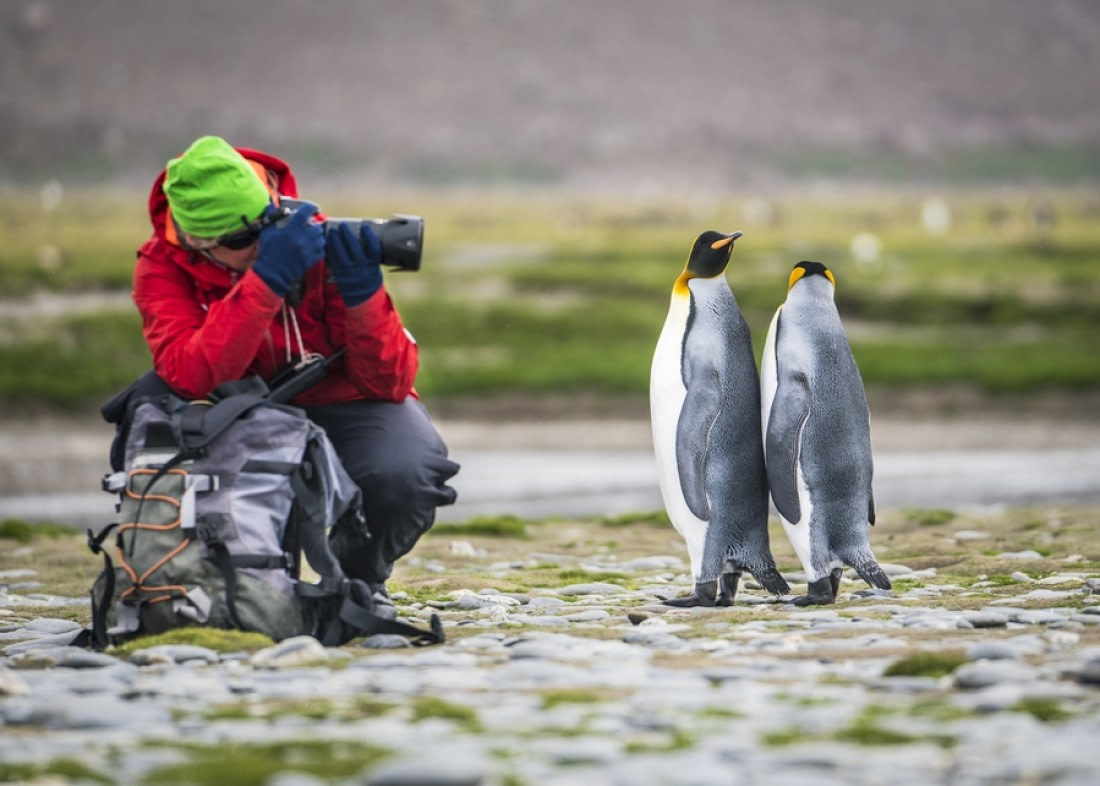 8. Put some personality into your pictures

Because birds rarely sit still long, it’s best not to try exclusively for placid photographs. Instead, use their movement and behavior in your photographs.

You can employ a burst mode to continuously fire off several captures while the bird is in motion, then go through the pic-stream later to find which ones you want to keep. Before activating the shutter, try also tracking the bird until your focus is locked.

The more you practice with various birds, the more you’ll learn their comfort levels and movement tendencies. This will pay off handsomely in your bird photography. 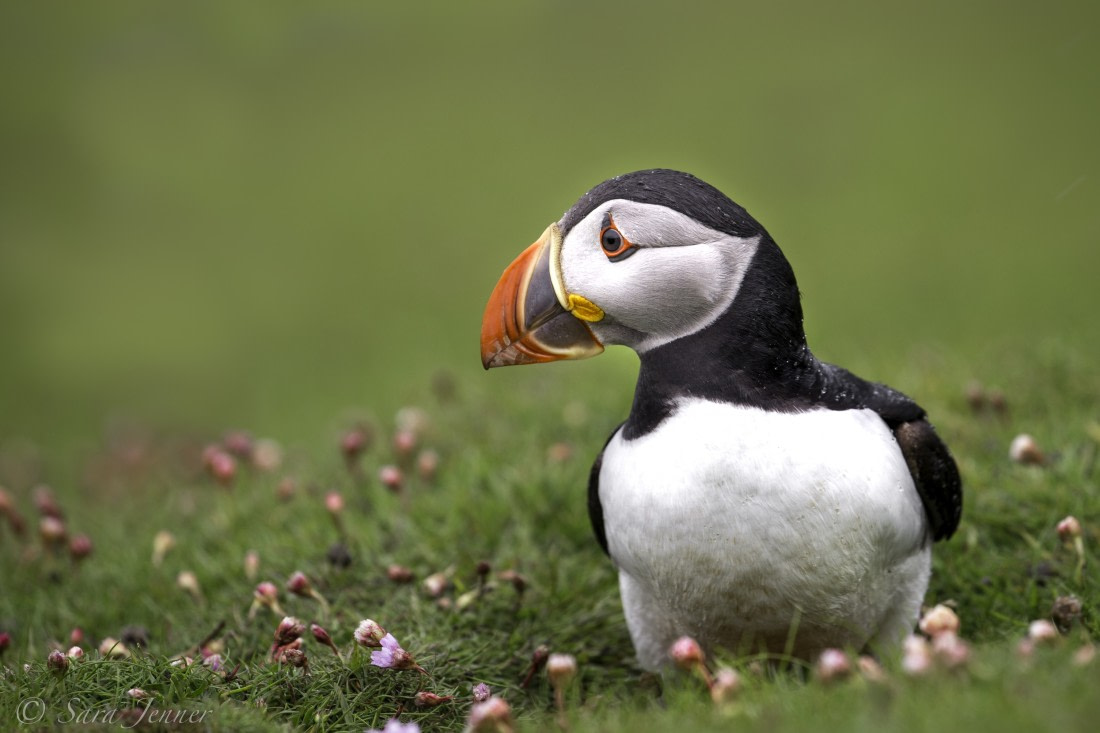 9. Photograph for the bird’s-eye-view

This phrase isn’t meant in the traditional sense, which would imply that you should shoot down at your birds from a high vantage. This will only create a series of crowded, ground-centered pics.

Rather, try to orient your photograph around the eye of the bird. Visual contact is not only achieved by the eye, it is usually aimed at the eye. Keeping the bird’s eye in focus, ensuring there is light in its eye, and staying at the bird’s eye-level (closely related to tip 6) will build more emotional connection in your pictures. 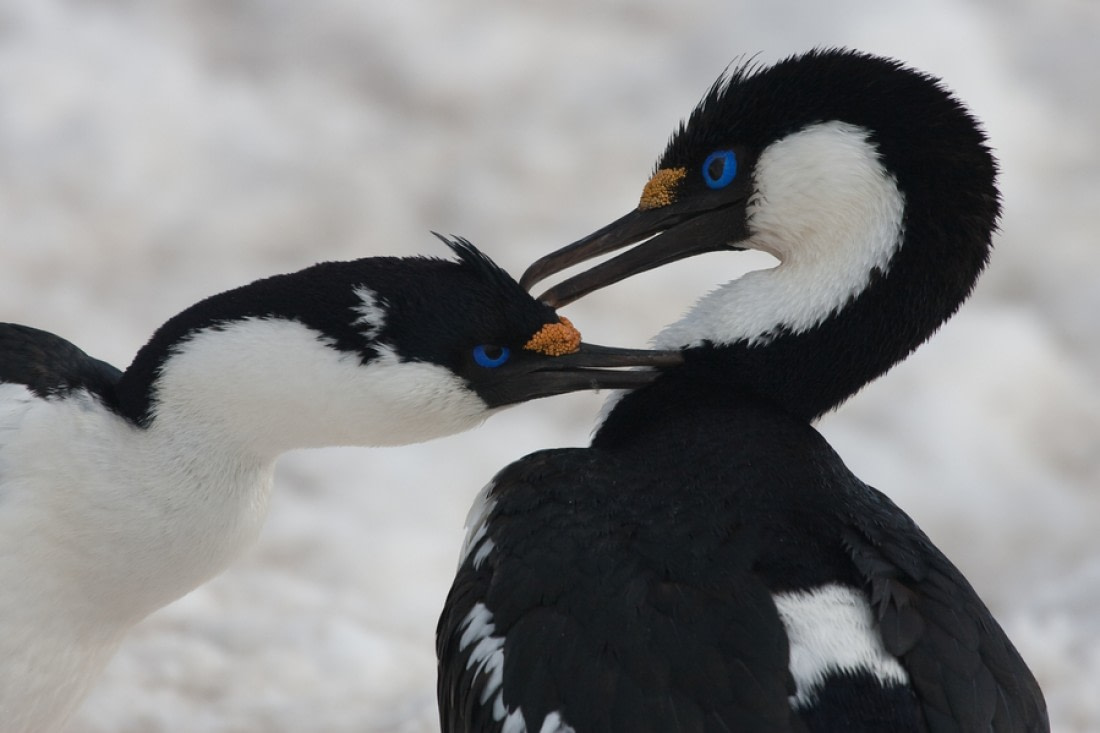 Some of the tips here speak more to the technical aspects of bird photography, while others are concerned with how to make a bird photograph emotionally compelling.

Anyone can point a decent camera at a pretty bird, snap a picture, and come away with a fairly worthwhile picture. But it’s when you incorporate the more artistic aspects of bird photography that you create pictures people want to stare at. When taking your bird photos, don’t forget the reason you got interested in the hobby in the first place.

Be sensitive to what the bird is doing, the energy it gives off, the mood of the surroundings and light, and try to channel those things into your photography. We take pictures because we can’t be everywhere all the time. But a good picture lets us pretend we are. 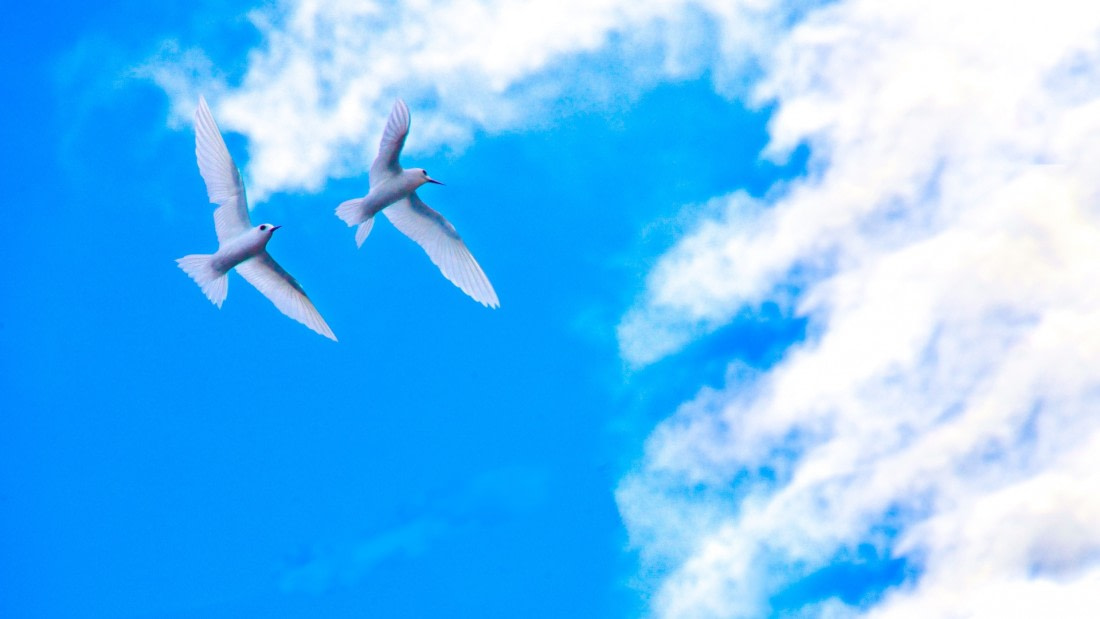