Located just south of the Lemaire Channel, Petermann Island is a stony and partially glaciated landmass known for its Adélie penguins

The Birds, Whales, and Seals of Petermann Island

For many visitors, Petermann Island is the only place they will see Adélie penguins. The island hosts one of the northernmost Adélie penguin colonies, as well as one of the southernmost Gentoo penguin colonies. Blue-eyed shags also breed on Petermann Island, and around the landing bay leopard seals and humpback whales may be seen. Vibrant green and red algae, known as cryoplankton, colors the snow in bursting clouds, especially when the snow is melting in summer.

Petermann Island stretches 1.8 by 1.2 km (1.1 by .7 miles), rising to a height of about 250 meters (820 feet). In 1909 the French explorer Jean-Martin Charcot wintered his ship, Pourquoi Pas, in a small bay on the southeast side of the island. He discovered the location on the Catholic feast day celebrating Christ’s circumcision. Because of this, Charcot and his crew named the spot Port Circumcision.

The Ghosts of Petermann Island

How the island got its name is a little more humdrum: A crew member on the Dallmann expedition of 1873 – 1874 named it after German geographer August Petermann. In our visits to Petermann Island, we usually land in the sheltered Circumcision Bay. There the old mooring points of the ship still survive, ghosts of the past that transport us to another time. 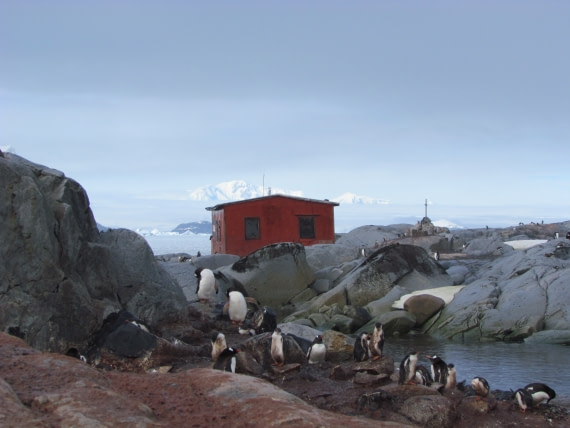 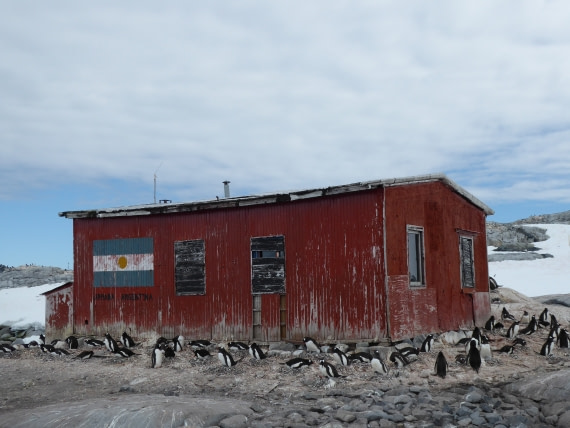