These storm-savvy seabirds are the smallest warm-bodied creatures to breed in Antarctica, evading the most violent tempests by flying in the troughs of waves

Appearance: Sooty grey to black with a prominent white “belt” between the breast/shoulders and the tail. Wings are short and rounded.

How do Wilson’s Storm Petrels feed?

Wilson’s Storm Petrels have the ability to hover just above the water’s surface in order to pluck at plankton just underneath. Their feet will dip in at a spot in the water (perhaps to attract prey), the bird will nab the food, and then it will flutter to a new spot a little ways away.

They will also sometimes make rare dives in order to nab small fish.

Wilson’s Storm Petrels mature sexually at around 4 years of age.

Nesting occurs between November through May, the exact starting time depending somewhat on where in the world a particular bird is located. Colonies are located close to the sea. Nests are built in crevices in rocks or in burrows in the earth. A single white egg is laid.

The adults go foraging for food only at night in order to avoid detection by predatory birds such as Gulls and Skua. They find their nests in the dark by smell.

Both parents will take turns incubating (about 2½ months) the egg and then feeding the chick once it has hatched. Chicks are brooded for about 2 months.

Hatchlings will finally leave the nest anywhere from 50 to 100 days after hatching, the time seeming to depend on how much they were fed during the brooding period.

Wilson’s Storm Petrels can live for up to 20 years in the wild.

How many Wilson’s Storm Petrels are there today?

Do Wilson’s Storm Petrels have any natural predators?

Wilson’s Storm Petrels young and eggs are preyed upon by Skuas, Gulls, Owls, and Falcons. Because of their small size adults may also be taken by Falcons.

1. Wilson’s Storm Petrels are one of the most numerous birds in the world.

2. The bird is named after Alexander Wilson, a Scottish-American naturalist who is called the “Father of American Ornithology.”

3. The “Storm” in the bird’s name refers to the idea that the appearance of flocks of the bird foretold of a coming storm.

4. Wilson’s Storm Petrels are the smallest warm-blooded animal to breed in the Antarctic.

5. During storms at sea Wilson’s Storm Petrels will fly in the troughs of waves in order to take some sort of cover.

6. Females are larger than the males.

7. The name “Petrel” refers to Saint Peter and was given to the species because the birds’ hovering makes them look like they are walking on water. 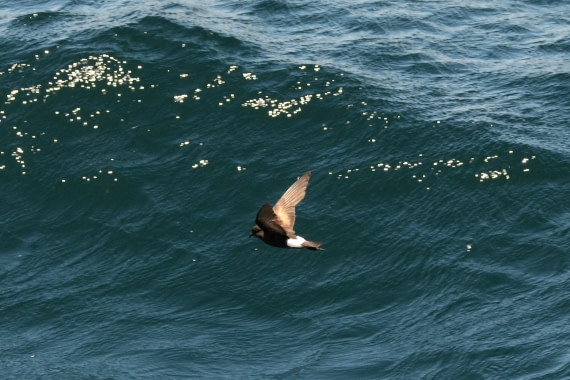 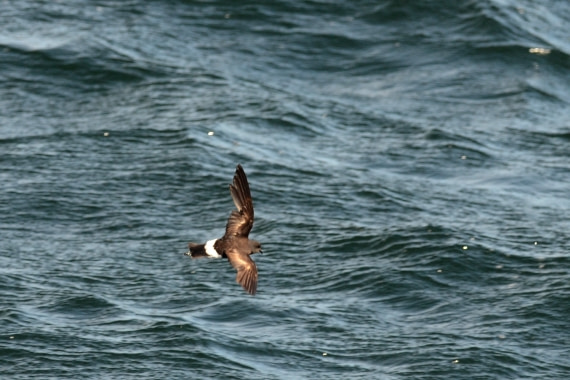