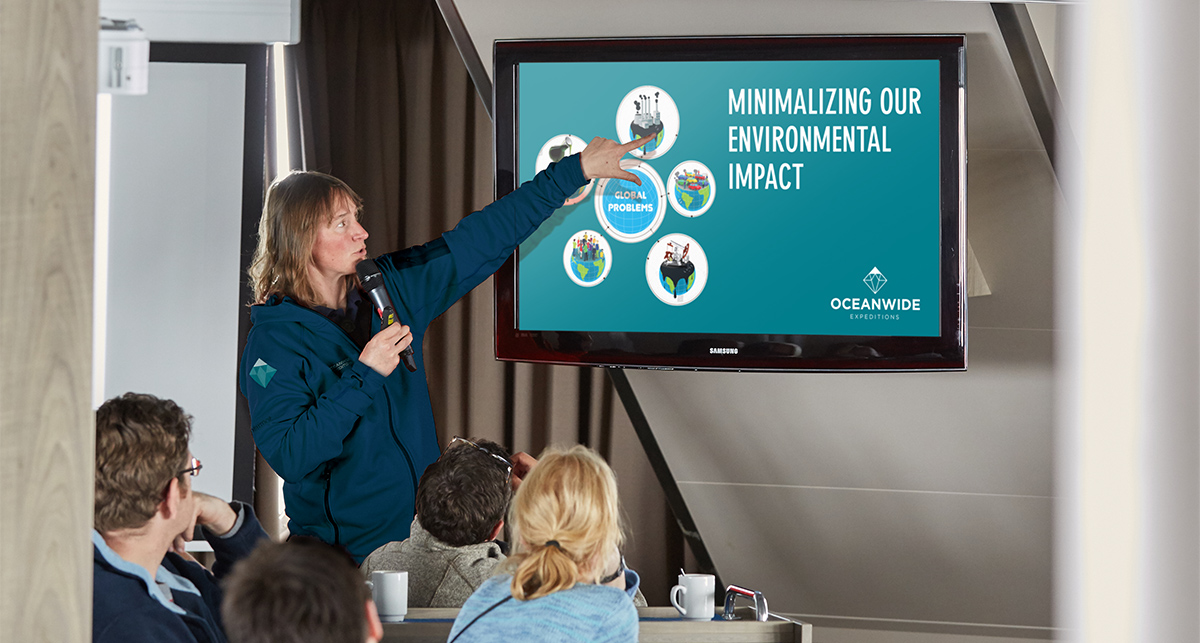 In 1983 the Arctic Centre of Groningen University in the Netherlands launched a research program to Spitsbergen, the largest island of the Norwegian archipelago of Svalbard. Along with the scientists who embarked on these expeditions were tourists who contributed to the financial support of the study by paying for their berths. This research program, which became known as the Plancius Foundation, was the first operator to organize yearly expedition voyages to Svalbard.

Oceanwide Expeditions continued these voyages upon its formation in 1993.

As one of the first members of AECO and IAATO, we not only follow all guidelines for safe and environmentally friendly polar travel but are deeply involved in writing these guidelines, maintaining both membership and leadership positions in these organizations. Our chief operating officer is a member of AECO’s executive committee, and we have had members of our managerial team on AECO’s guidelines committee as well as IAATO’s field operations committee.