Scott Base and nearby McMurdo Station

Built for Edmund Hillary’s Commonwealth Trans-Antarctic Expedition of 1955 – 58, Scott Base is a New Zealand research station named after Robert Falcon Scott. It is located on Ross Island, only about 5 km (3 miles) from McMurdo Station, Antarctica’s largest research facility.

The expedition history of Scott Base

Hillary’s Commonwealth Trans-Antarctic Expedition was the first overland trek to successfully cross the Antarctic Continent via the South Pole. It was also only the third expedition to reach the South Pole by land, following attempts by Amundsen and Scott in 1911 and 1912. One of the original buildings of the expedition still stands at Scott Base.

Scott Base science and other specifics

Consisting of interconnected green huts on a rocky slope close to shore, Scott Base can accommodate over 80 people in summer. During the winter, there are only about 10 to 15 people working there. Scott Base is used for meteorological observations, higher atmospheric studies, aurora studies, and Earth studies, such as biology and climatology. 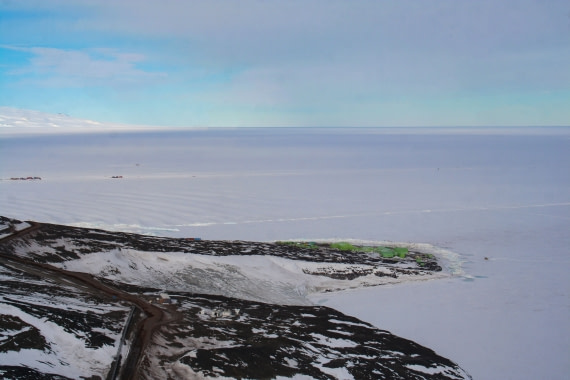